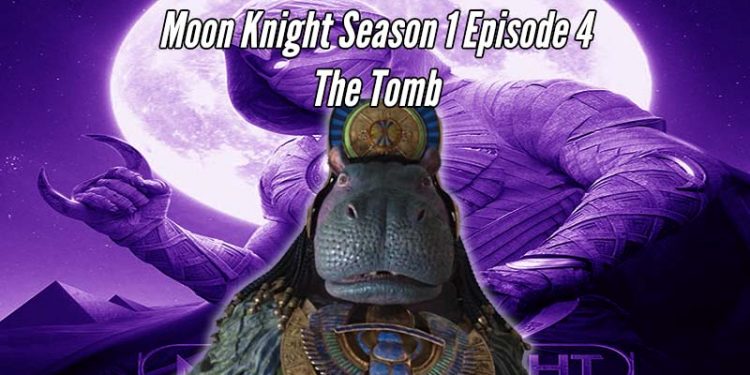 It continues to be amazing how much stuff gets packed into each episode of Moon Knight without it feeling too crammed. It's hard to believe there's only 2 episodes left. This episode starts off as a Mummy-like expedition with Steven and Layla trying to make it to Amunet's tomb before Arthur and his cult. And they're trying to do it without Marc or Khonshu. And it goes about as well as you would expect.

And then there's the end. Pulled straight from Jeff Lemire's 2016 run. Giving us just enough to wonder if this whole thing was made up in Marc's head but then also showing us that no, no this is very real. Also gotta love that Marc and Steven knew to leave Jake in his sarcophagus.