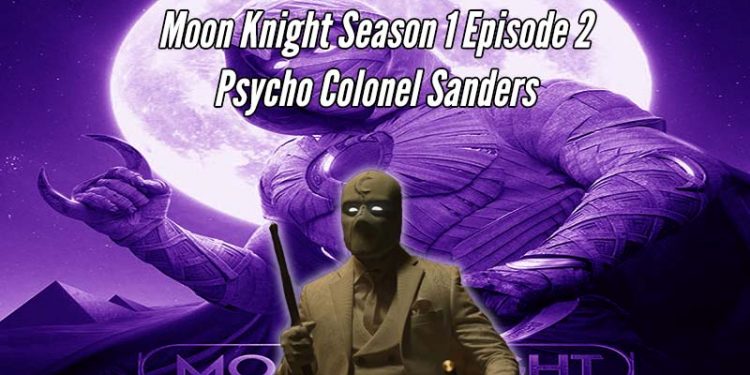 Marvel has gotten pretty good at getting a lot of story into a short amount of time with their Disney+ series and Moon Knight is no exception. We get our first appearance of "Mr. Knight" with Steven summoning his version of the suit. This series has been surprisingly funny and part of that has to do with how out of his depth Steven is. This series is continuing the theme of the hero needing to find peace with themselves and in this case, Steven/Marc (and possibly Jake) are literally having to do the same thing inside of one person. Add in the very petty, violent and annoyed Khonshu and this is one of those times when maybe you do need to listen to the voices in your head.

But that also is what makes Arthur such a good villain. As the former avatar for Khonshu he knows exactly what Steven/Marc are hearing from him and how much of a blunt instrument Khonshu treats his avatars. But this is why Arthur is so dangerous. Because he's smoothly talking people into killing kids. Among other things.

Listen as Kriss, Ro and Dpalm talk about the latest episode of Moon Knight.