Molly’s Game Review – The True Story of the Poker Princess 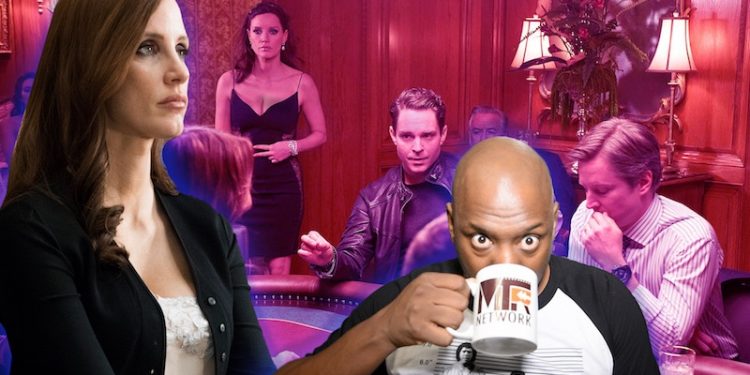 Kriss from MTR Network reviews Molly's Game, the true story of the "Poker Princess." Molly Bloom ran a highly exclusive poker game until she ran into trouble with the FBI and mafia. The film is Aaron Sorkin's directorial debut and stars Jessica Chastain, Idris Elba, Kevin Costner and Michael Cera.

Molly Bloom was a world class skater whose dreams of making it to the olympics fell short with a horrific accident. After recovering she decides delay going to law school to head to LA for a bit. While she's taking the time off, she takes up a job being the secretary for Dean Keith who introduces her to the world of private poker games

The film follows how Molly went from running perfectly legal games to getting in trouble with the FBI.

The true story of Molly Bloom, an Olympic-class skier who ran the world's most exclusive high-stakes poker game and became an FBI target.

Get the Movie Trailer Reviews Podcast