‘Miss Juneteenth’ is About Dreams and Forgiveness 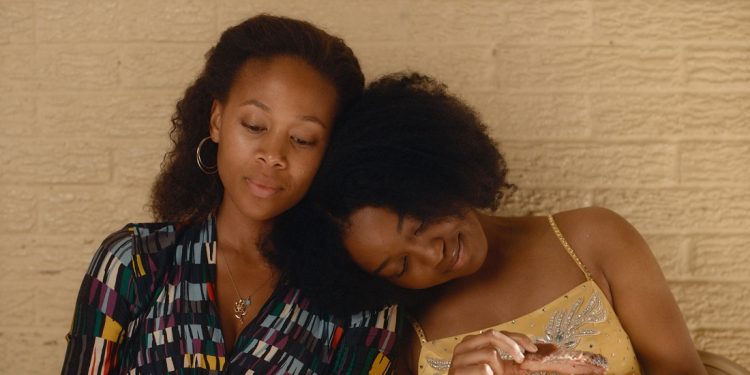 Ro7.5
Peoples's directorial debut is a moving glimpse at a woman's journey to accepting herself in order to free herself and the one she loves.
7.5

Miss Juneteenth and A Mother's Dream

Written and directed by Channing Godfrey Peoples (Queen Sugar), Miss Juneteenth centers a mother and daughter each struggling to be true to themselves. Smartly set in a Fort Worth, Texas (where celebrating Juneteenth is an integral part of the culture) Peoples's directorial debut is a moving glimpse at a woman's journey to accepting herself in order to free herself and the one she loves.

As a former Miss Juneteenth, Turquoise Jones (Nicole Beharie), wants her daughter to capture the prize and the pageant scholarship in order to secure a full ride to college and have the bright future she didn't. 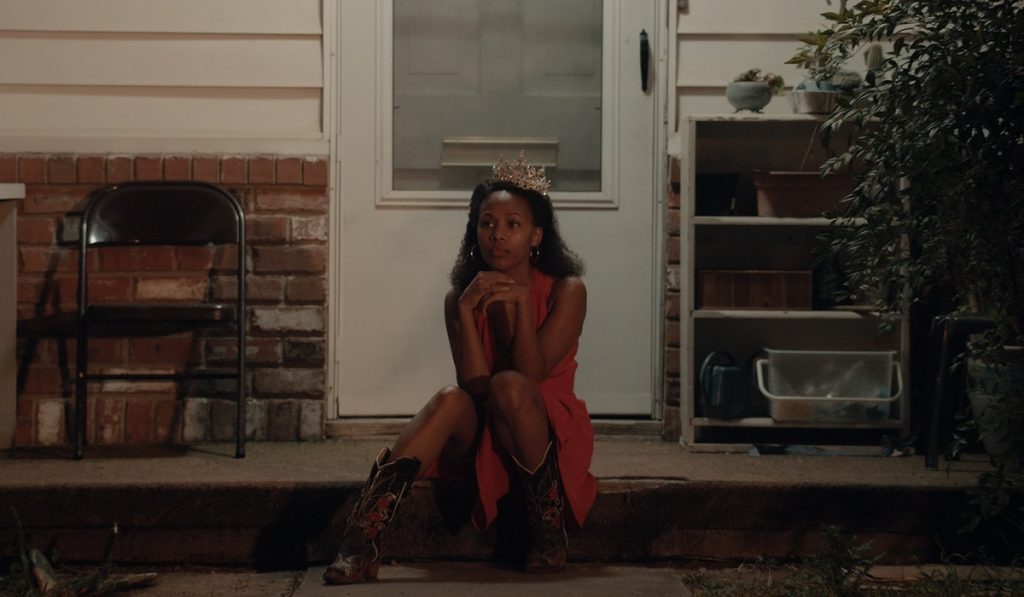 An unplanned pregnancy forced Turquoise to leave college after losing her Miss Juneteenth scholarship. With no support, she set aside her dreams to build a home for her daughter, Kai (Alexis Chikaeze). Despite Kai's father, Ronnie (Kendrick Sampson), being present in her life, his relationship with Turquoise is one of broken promises and selfishness.

Turquoise is a strict parent. Ronnie, however, takes a more relaxed parenting style. Often, he's more friend than father. Turquoise wants her daughter to have both her parents but Ronnie's refusal to be reliable makes trusting him high risk. So, Turquoise essentially sacrifices non-stop to make a way alone. 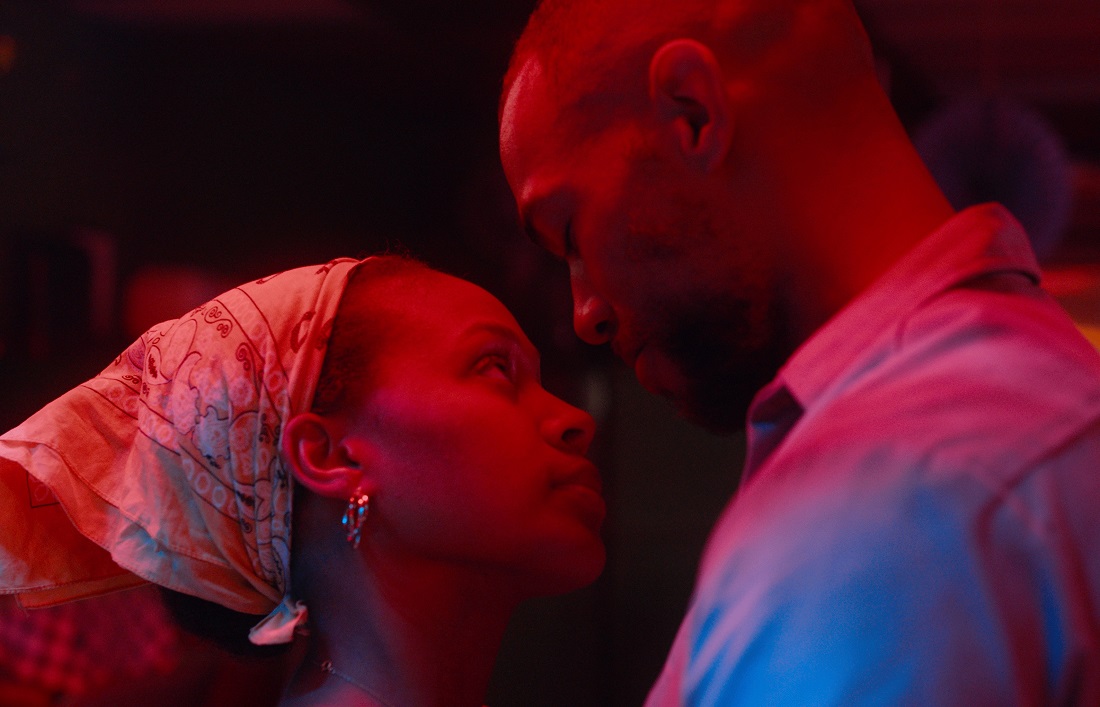 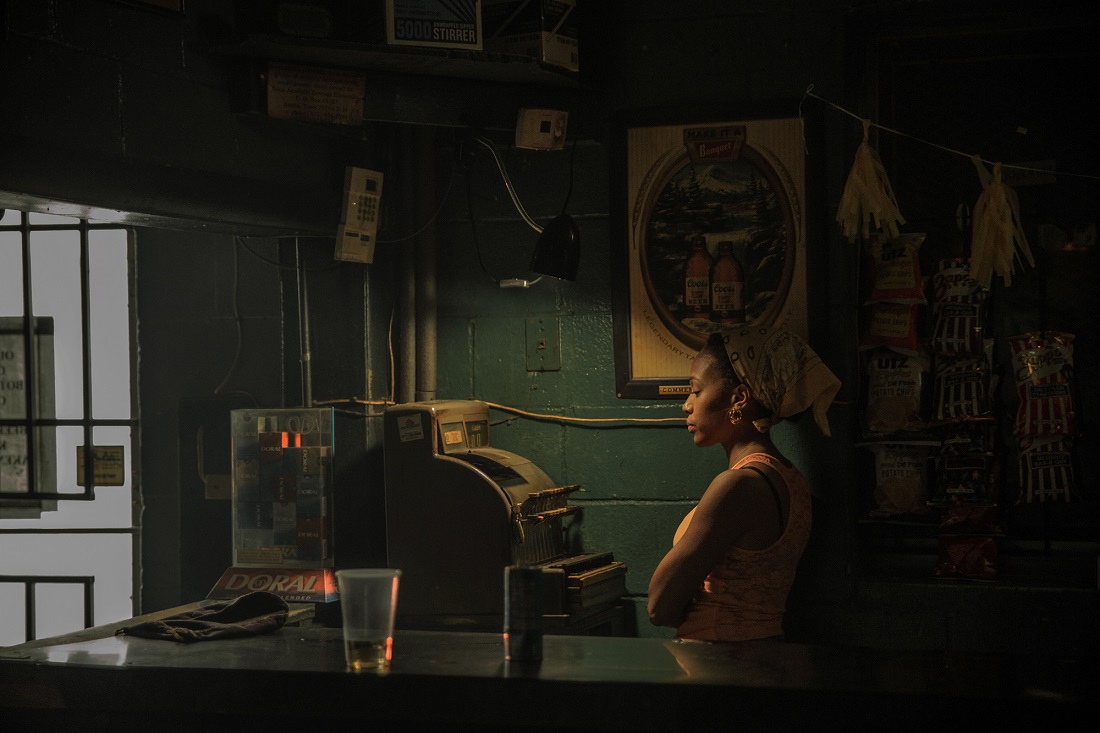 Turquoise stays conflicted about Ronnie and in turn often judges her daughter's actions blinded by her own missteps. Because Turquoise still hasn't found a new way forward for herself despite still dreaming.

To her, Miss Juneteenth equals hope. A sure path for a now teenage Kai to avoid her life defined by desperate decisions. And one last chance for her estranged husband to prove he's finally committed to putting his family first.

Passing The Crown, Re-Writing A Legacy

Head strong and dying to join the high school dance team, Kai - played with a casual arrogance and convincing vulnerability by Chikaeze - scoffs at her mother's pageant dreams. 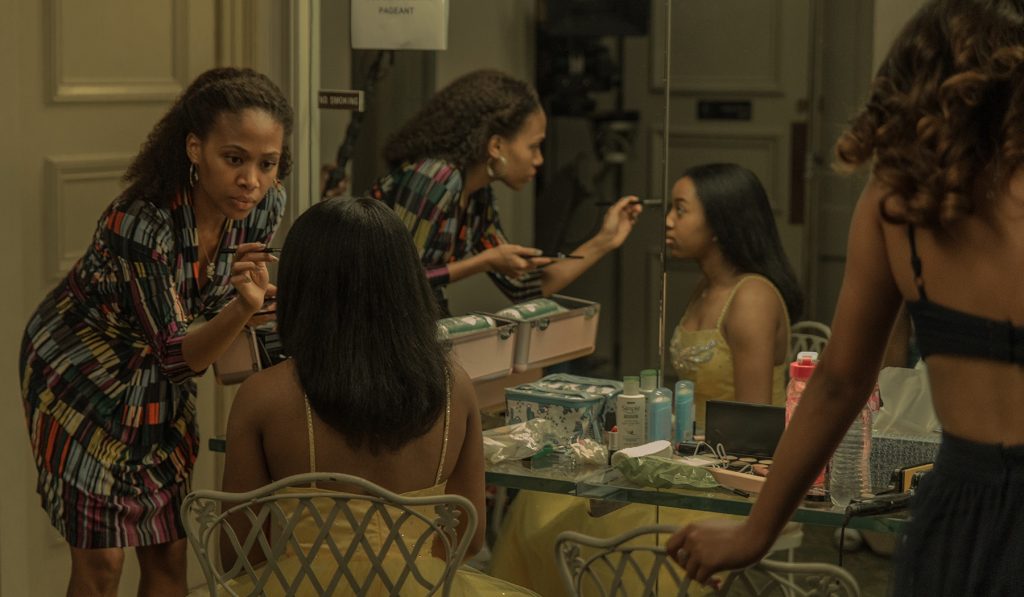 To her, the Miss Juneteenth pageant feels like her mother forcing her to become someone she's not. And Kai has no interest in being her mother's "do over."

Although Turquoise doesn't seem to realize it, her desire to protect Kai succeeded. Kai doesn't feel limited except by her mother's pageant dreams that further strain their finances. Kai doesn't lack ambition. She just doesn't share her mother's. Kai knows her mother loves her and doesn't want to disappoint her. So, Miss Juneteenth threatens to bend the bond between the two out of shape.

This mother/daughter relationship is built on the realities of Black life and single motherhood often turned into toxic caricatures in films. But Peoples roots this story in hope and carefully balances its hard edges with joy and love. The chemistry between Beharie and Chikaeze seeds this narrative with a relatable honesty.

Not Passing On The Trauma

This young mother and daughter dynamic showcases a balanced push and pull in this onscreen relationship often neglected by filmmakers when the characters are Black. There's no implied competition between the two. No twisted trauma. It's a relationship made of joy, anger, hope, bitterness, friendship, expectation but most of all love. It's clear that in many respects this pair grew up together but there's no doubt who's the mother and who's the child.

Peoples provides generational context through Charlotte (Lori Hayes), Turquoise's mother. Charlotte and Turquoise's relationship is damaged combative. Charlotte is a equal parts alcoholic and religious zealot. The lessons she passed to her daughter ultimately failed to guide her to a life of stability. Turquoise is adamant that she won't raise her daughter the same way. The few scenes between put the differences between the relationships in stark relief.

Given the emotional landmines, Miss Juneteenth could've done with more time spent with these characters. There's a world of story just out of frame that would've only added a richness to the narrative and depth to Turquoise's character development.

Not Waiting For Someone To Tell You You're Free

For the uninitiated, Juneteenth - also known as Freedom Day - commemorates June 19, 1865. The day Union soldiers arrived in Galveston, Texas with the news the Civil War was over and the eslaved were free. Those slaves became freedmen who built communities and encouraged self-development. Now a national day of pride, Juneteenth celebrates freedom, and Black achievement.

Writer/Director Channing Godfrey Peoples deftly weaves Juneteenth's history and importance into her directoral debut Miss Juneteeth. It's a choice that gently juxtaposes the pageant's expectation of winners against the reality of a former pageant queen's unfulfilled promise and yearning in this a quietly intense drama.

Nicole Beharie's Turquoise is a damaged woman. Played with a soft strength and stoicism this character is one that holds attention. Her fierce desire to give her daughter better than she had raises questions about how she fell so far short of her own ambitions. Miss Juneteenth gives only bits and pieces of her journey as the pageant looms in the background.

A Hint of the Unresolved

There's a story, one even more compelling than the one that unfolds in the forefront,  happening just out of focus. It isn't a uncommon decision to tell the story about the aftermath of a dream deferred. But Baharie embodies Turquoise with a such subtle angst. that the entire performance is a slow graceful dance.

There's a moment when Turquoise's is forced to admit that what she really wants is, "to find something for herself." The moment she utters the words it brings her into sharp focus.

A person's expectations often translate into hard work and ambition. Expectations are what anchor people to the future. But they also create a kind of pressure that can easily become a burden. If that weight gets too heavy it can turn into a generational debt almost impossible to pay. Disappointment can damage the spirit. But failing yourself damages the soul.

It begs the question what she have could've given had Peoples chosen to fully tackle this narrative from that angle. Miss Juneteenth feels like an intrigue prologue to a story I'm dying to finish.