Midsommar Fascinates Even As It Disturbs 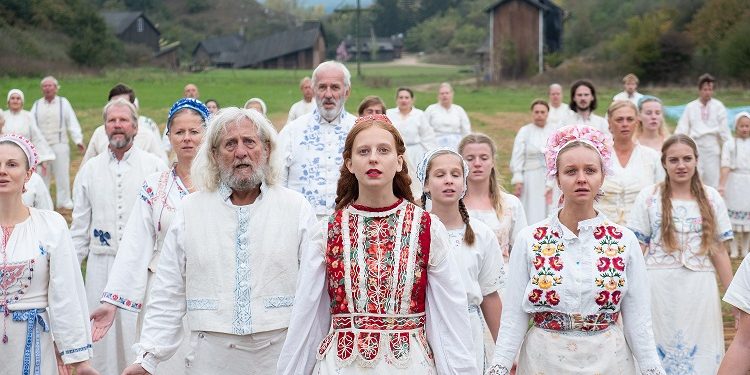 Ro8.9
Ari Aster's directed a folk-horror film that's the demented love-child of The Lottery, Wicker Man, germinated in the womb of an "it" girl from Heathers. Midsommar is the break-up movie you didn't know you needed.
8.9

Midsommar, director Ari Aster's follow up to Hereditary, is (once again) a serious departure from recent mainstream horror fare. The set design, score, and costuming make the most of the locations; the camera angles deftly keep you engaged but off balance without ever disrupting the idyllic nature of this pagan god worshiping, nature loving-sect at the heart of its story.

My first thought was, I hope someone packed plenty of holy water.

Every time someone in this group just blithely went along with things, I found myself physically shaking my head no. I laughed far more than expected and fully invested in lead actress Florence Pugh's character Dani.

Taking place in almost endless sunlight, Midsommar's built on an unsettling story, gorgeous cinematography, and excellent camera work. Aster's choices blur the passage of time and pitch-perfect scene transitions cause a sensory overload that anchors or disrupts as needed to support the unfolding story.

There's a give and take for everything in life; in Midsommar you're never quite sure which side of the line anyone's standing on. 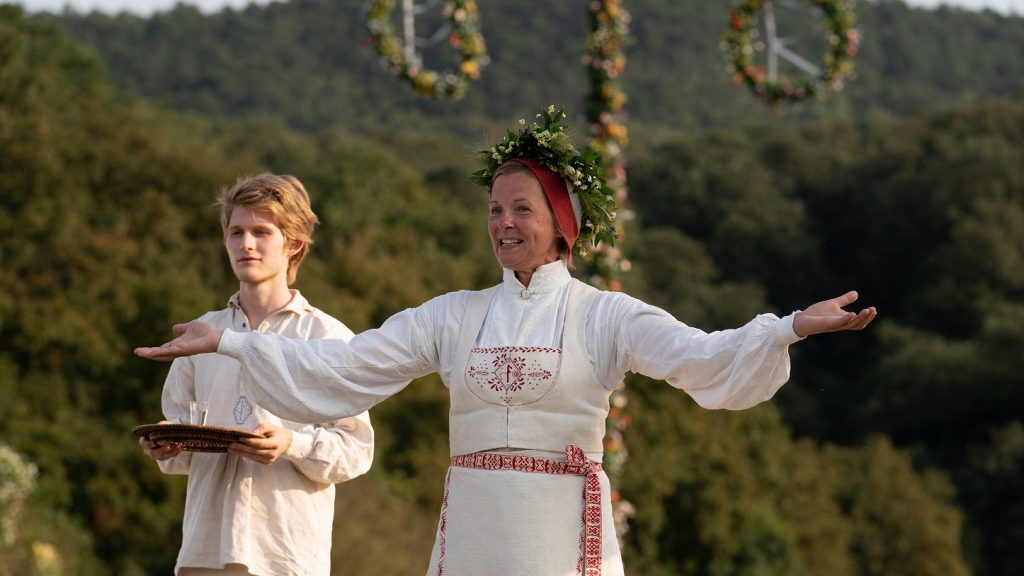 At its core, Midsommar's About Relationships

Dani (Florence Pugh) and Christian (Jack Reynor) are a couple in crisis. Dani shows all the signs of a stage-five-clinger and Chrisitan's waiting for the right time to call it quits. He's hoping to free himself in time to enjoy a trip to Sweden with his friends. But just as his moment to break up with Dani appears, tragedy strikes Dani in the worst way possible. Now Christian's trapped in his relationship and doomed to a trip with his grieving girlfriend in tow. 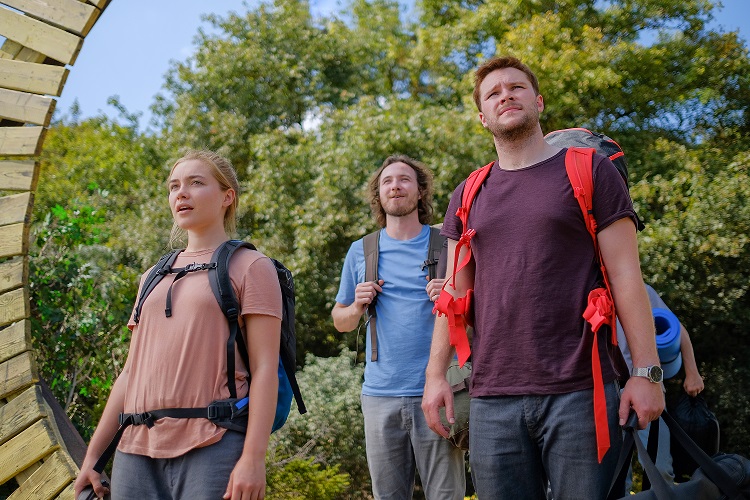 Florence Pugh's performance as a grieving young woman in crisis is perfectly overwrought and distressed. Her emotional ups-and-downs have a disjointed rhythm echoed in many of Aster's visuals and transitions. Dani is aware of her neediness but can't seem to stop doing things that throw her into an emotional tizzy. It becomes heartbreakingly obvious, Dani has no real support system; especially not Christian.

Jack Reynor's Christian is an emotionally-withdrawn, self-serving asshole beneath a very superficial charm. It isn't long before you find yourself questioning whether Dani's emotional insecurity isn't rooted in his emotional dysfunction. Watching this relationship unravel - and Dani pulled deeper into the sect is almost hypnotic. I was happily fascinated by the attention to detail and disturbed by the plot choices.  The emotional manipulation is constant and often comes from the unlikeliest of places.

The ultimate pay off with this story arc is more than earned. Midsommar is absolutely the break-up movie you didn't know you needed.

But Dani and Christian's romantic relationship isn't the only one in jeopardy. Christian and Josh (William Jackson Harper) are Ph.D. students. Pelle, a fellow student, is the one inviting everyone to come to his village's for its Midsummer festivities. Josh accepts in the hopes of observing rituals and activities he can use in his thesis work on pagan midsummer rites. Christian has yet to finalize a topic for his thesis. It's just one more aspect of his detachment and willingness to latch on to others to get what he needs to succeed.

As the only Black person with a speaking part in this film (and the smartest man in the room), it's not difficult to see Josh coming to a bad end from a mile away. The Josh character has depth and complexity. It's slightly annoying to realize his role is mostly to act as a means-to-an-end; there's an interesting unexplored subplot attached to his part. 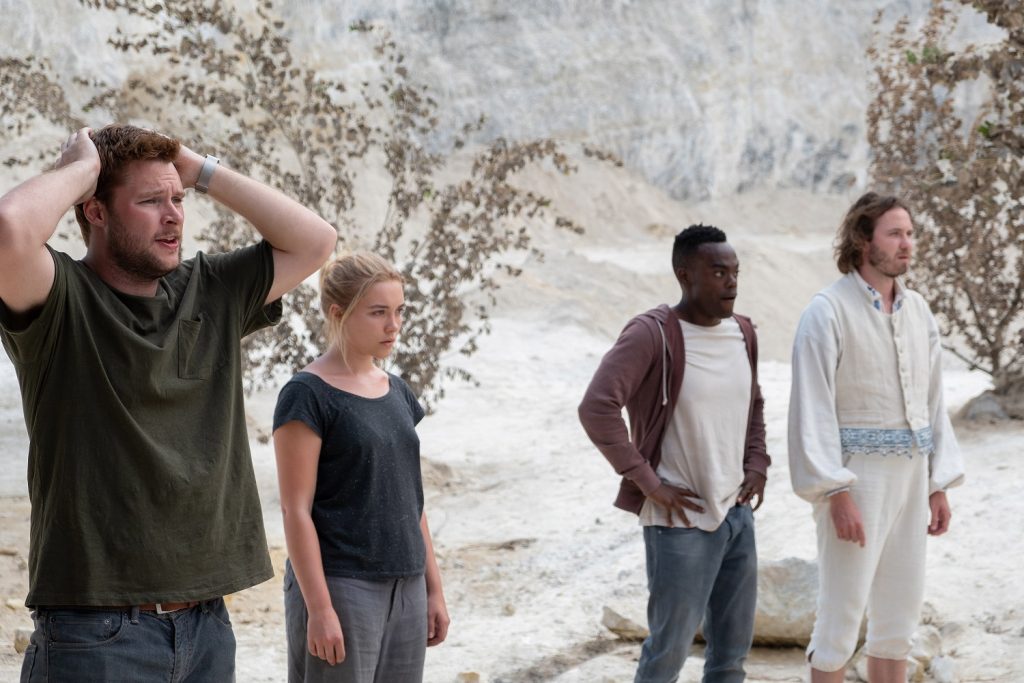 This storyline is haphazardly interspersed with the larger narrative. But the dynamic Josh and Christian and their interactions with sect members are where the film really digs into the cost of loyalty, ambition, and arrogance. For each man, the pagan rituals and rites they're witnessing are nothing more than pageantry despite the results. Everything is a curiosity where respect is just lip service. The horrific fallout caused by failing to truly respect this sect adds nuance and flavor to their already ominous endgame.

Whether or not Aster intended to build a bigger allegory (he probably did, given his tendency to work out his issues on screen) the choices each character makes speaks to the larger problem of poor communication skills and transactional trust in real-world group dynamics.

I feel like there were several missed opportunities to dig deeper into the cognitive dissonance inherent in observing versus living this way of life, but it laid the groundwork for several of the film's more amusing moments.

The Circle of Life (but not the one you're thinking of...)

Pelle's people adhere to a way of life older than modern times. They remain, deliberately, out of step with contemporary norms and practices. Aster lures each player deeper into the sect's rituals as though slowly winding a noose around their necks. One almost of their own making because there's an unspoken demand for respect and courtesy; one that implies serious consequences if breached. There's always something to look at that carries meaning to these people and therefore their rites.

If films revolving around pagan rituals are your thing, then this is the part of the film made just for you. Even guessing what's about to happen doesn't blunt the effect of watching these Midsummer rites play out. These portions of the film stand out and carry the most impact. It's all handled just so insidiously matter-of-fact.

One of these days, ya'll folks are gonna stop playing around with people's ancestors but clearly, Ari Aster doesn't think that day is today.

There's an abrupt shift in the tone at about the film's midway point. A series of events occur (unfortunately) off camera that would've upped mayhem quotient just enough to tighten the tension. Not showing what befalls several visitors adds to the conviction that something about this place - and people - is not quite right. I still want to see the deleted scenes. 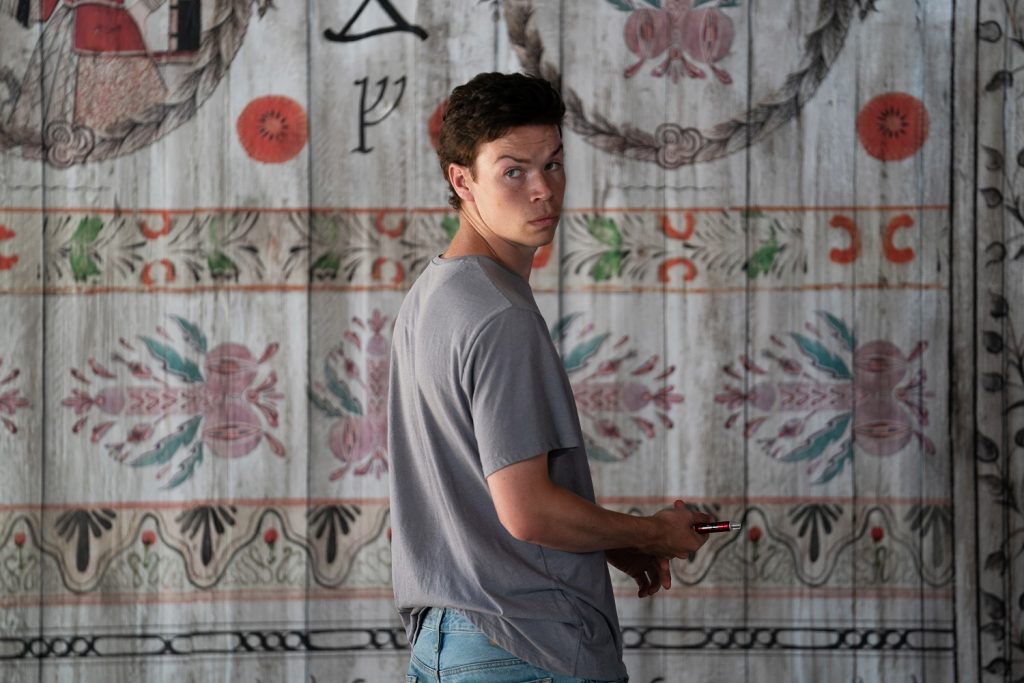 Will Poulter in Midsommar Photo by Merie Weismiller Wallace, Courtesy of A24

The starkly honest dialogue and abundance of visual clues - with a few psychedelic trips thrown in for good measure - reveal the macabre nature of Pelle's invitation if these visitors would but pay attention. As the sects' goals become clearer, watching them maneuver their guests where they need them to be is one serious mindfuck. I found myself silently urging someone to ask the right question and shaking my head at their willful obliviousness in the face of so many red flags. These kids have never learned the rules about stranger danger and it shows.

Worth The Slow Build

Once again tangling real themes like: family, codependency, and grief up in horror tropes like ritual sacrifice, paganism, and the occult so deeply rooted in the mundane you almost miss them, Aster's designed a folk-horror in Midsommar that's the demented love-child of The Lottery, Wicker Man, germinated in the womb of an "it" girl from Heathers. Yes, I know that sounds all kinds of wrong but this film serenely marches you into a fairytale land then politely pushes you over the edge...face first. 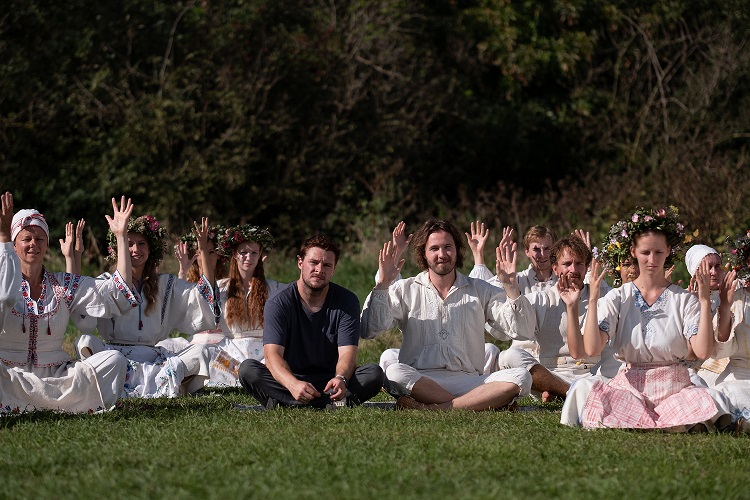 Jack Reynor, Vilhelm Blomgren in Midsommar Photo by Gabor Kotschy, Courtesy of A24

On a side note: I'm pretty sure this village is what white people envision when they imagine the "good old days" (only with indoor plumbing and cable).