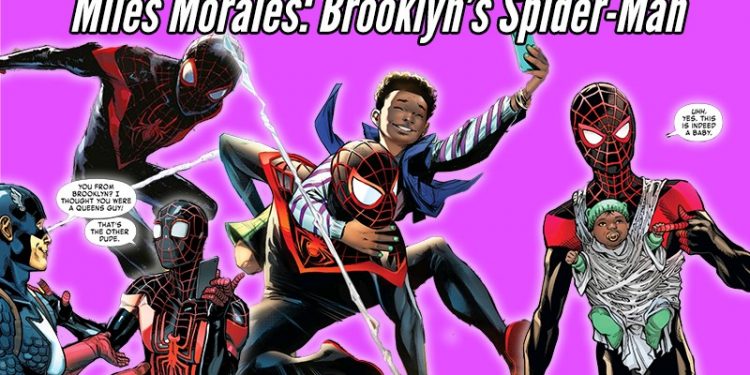 With the release of the Miles Morales: Spider-Man game for Playstation 4 & 5, it's the perfect time to do a follow-up on Miles Morales. Back in 2015 we did a Character Corner on Miles (Listen here). Since then a lot has happened. Matter of fact, around the time of that episode, Miles was making the huge transition from the 1610 Ultimate Universe to the main 616 universe through Jonathan Hickman's Secret Wars. The result of Secret Wars saw big changes for Miles as not only did he make it over to 616 but so did his family and friends. And with that Marvel now has two Spider-Men to play with: The elder Peter Parker who deals with the challenges of being Spider-Man as an adult and the teenage Miles Morales that still gives readers that classic "teenage Spider-Man angst".

The other big thing that's changed with Miles is that his creator Brian Michael Bendis finally passed the character along to another writer. Saladin Ahmed picked up the writing duties of Brooklyn's Spider-Man and not only has it been great, but the arc has tied directly back to Secret Wars and the fact that Miles & his family/friends are not from 616. It's been a great run so far and we can't wait to see how it all plays out.

Listen as we give the update on Miles and talk about how he's gone from new character 9 years ago to an unstoppable force that can't be too far from a live action debut.