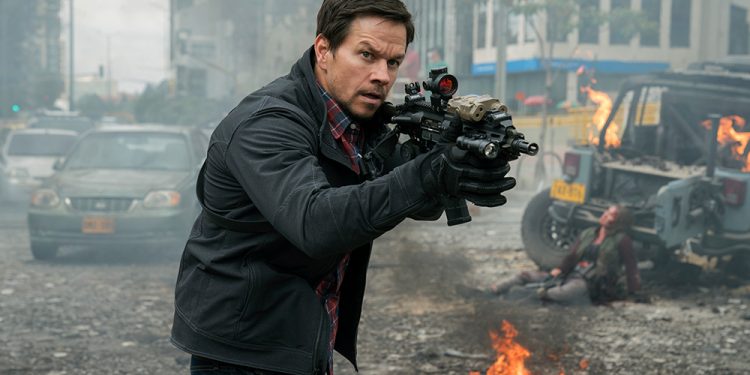 Mile 22 is 95 minutes of Mark Wahlberg reciting incoherent rants, being verbally abusive to women and being outmaneuvered and outsmarted at every turn. It’s  another Peter Berg/Wahlberg special forces wet dream that Berg has vomited out as a feature length film. It's bad. Real bad.

Mark Wahlberg plays James Silva who leads an “elite” Top Secret tactical team. Their mission is to get police officer Li Noor (Iko Uwais) 22 miles (get it? Mile 22. Brilliant…) out of the country to get access to sensitive information Noor has. It’s basically 16 Blocks but not in the United States. The team is supported by Overwatch from a secret location run by John Malkovich’s Bishop. Apparently each member of Overwatch is given a codename based off of a chess piece (Bishop, Rook, Queen, King, Knight & Pawn). I only figured that out when I looked up the characters on IMDB because in the movie the codenames for Overwatch is “Mother” and Sivla’s team is “Child 1 through 5” as if this was a Dr Seuss book. Doesn’t make sense? Don’t worry, the entire film doesn’t make any sense.

During the credits we’re giving a montage info dump that explains a bit of James Silva’s background. His mother and brothers were killed in a car crash so he has no family. He showed higher than normal intelligence (but also high aggression and anger). He joined the military and became a war hero and then was recruited into this elite program of off-the-books US Intelligence. The problem with these kinds of info dumps during the credit is that they’re all ‘Tell’ and not ‘Show’. When the film gets to showing us what Silva does, all we get is the anger issues and none of the brilliant aptitude we were told about. I guess we're supposed to believe that Silva is just so intelligent that everyone around him is too dumb to understand the "4D Chess" he's playing and so his anger and verbal abuse stem from him being frustrated no one is on his level. Two problems with that. First, this idea that highly intelligent people are abusive because everyone else is too dumb to understand them is offensive and only serves to normalize bad behavior. Second, nothing Silva does is that intelligent to begin with and most times seems like he's only allowed to think that way because people are tired of being yelled at by him. 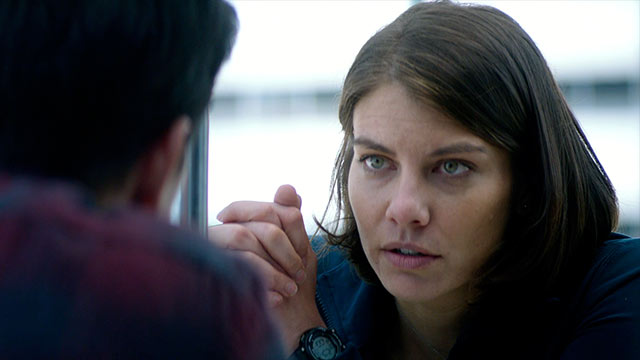 Wahlberg's Silva spends the majority of the film yelling obscenities at anyone in earshot from his teammates to his bosses while also annoyingly snapping a rubberband on his wrist.  The target of most of his outbursts are usually women making it even more cringe worthy. At one point Silva is berating Lauren Cohan’s character in the women’s locker room right after Cohan steps out of the shower. At another point in the film he starts berating the woman who is trying to crack the encryption on a drive because she hasn’t cracked it yet. For 5 minutes he yells obscenities about the importance of getting the information on the disk while also basically saying she’s worthless. Telling someone who is doing some very complicated technical tasks they're "worthless" is obviously a tried and true motivation technique right? Silva spends so much time yelling at people, being an asshole and being provoked, you never actually get why he’s supposed to be “the best of the best”. And by the end of the film you’re left wondering “How did he make it this far?”.

Silva is every verbally abusive boss/coworker you've heard about rolled into one giant abusive dudebro and given a gun and license to kill.

I could maybe overlook this character being so horrible to others around him if the film made a point of addressing his abhorrent behavior but it doesn’t. Instead it has most of the other character shrugging it off as not only normal but acceptable. It’s as if Peter Berg and the writers of this film wanted to normalize abusive behavior as acceptable in the name of “National Defense”. By the end of the film, Silva is completely unlikeable and leaves you actively rooting against him since he behaves so much like a villain, the real villains of the film actually because sympathetic and reasonable. 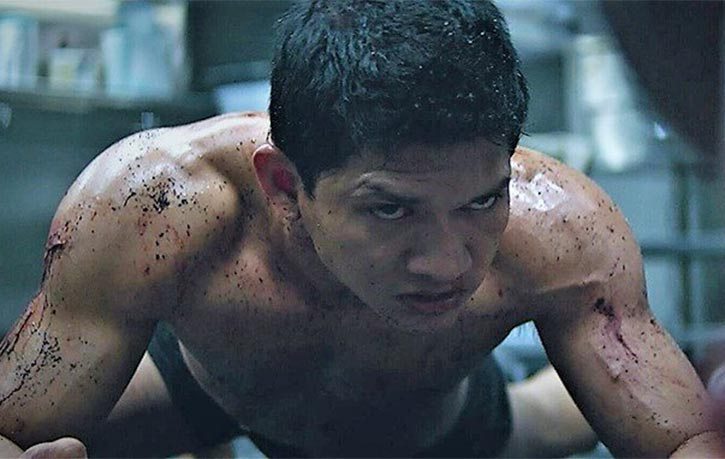 But that’s not the only issue with this film. One of the most unforgiveable things an action movie can do is make action scenes impossible to watch. Mile 22’s action scenes are offensively bad, particularly if you’re aware of Iko Uwais from his work in The Raid and The Raid 2. The Raid and The Raid 2 are incredible martial arts films and Uwais is an incredible martial artist in them. So why are the fight scenes in Mile 22 so bad? Clearly, Uwais isn’t the problem but thanks to close cuts and terrible editing, the action scenes are impossible to follow or watch. In one scene, Uwais has to fight off two people at once while chained to a hospital gurney. In a film like The Raid, this would be an amazing scene. In Mile 22, it’s a frustrating, poorly edited scene that puts the focus on up close kill shots instead of pulling the camera back to see what’s actually happening. Knowing what Iko Uwais can do, I can only put the blame on Peter Berg for taking what should have been the only redeemable part of this film and making a complete and utter mess of it. Maybe if he had spent less time making James Silva an insufferable prick he could have spent more time making sure the action scenes in the film weren’t eye vomit.

And then there’s the story. After about 15 minutes I figured out what the “big twist” was then spent the next 80 minutes being annoyed as I predicted every story beat. The film, much like James Silva, spends so much time giving these long incoherent expositions it forgets the point it was making.  It thinks it’s being clever and playing “4 Dimensional Chess” but it’s barely Tic-Tac-Toe. Lauren Cohen is reduced to playing the “weakest link”, constantly having to communicate with her ex-husband through some kind of “divorce app” that won’t let her cuss. It’s weird, and stupid and makes absolutely no sense other than for Peter Berg to make an appearance in his own film. Ronda Rousey doesn’t really do anything. None of the characters have any real connection or story. The “twist” is long, drawn out and obvious. It’s just an all-around bad film.

By the end of Mile 22, a lot of people are dead, a lot of damage has been done and you can’t help but wonder what the point was and why you wasted 95 minutes of your time. Next time Berg and Wahlberg could save us a bunch of time and trouble by just recording 10 minutes of Wahlberg calling us worthless while dropping in random facts about horrific tragedies and how our worthlessness led to 9/11. At least then you’d save 85 minutes compared to watching this film