Matrix Resurrections – Why Does this Film Exist? 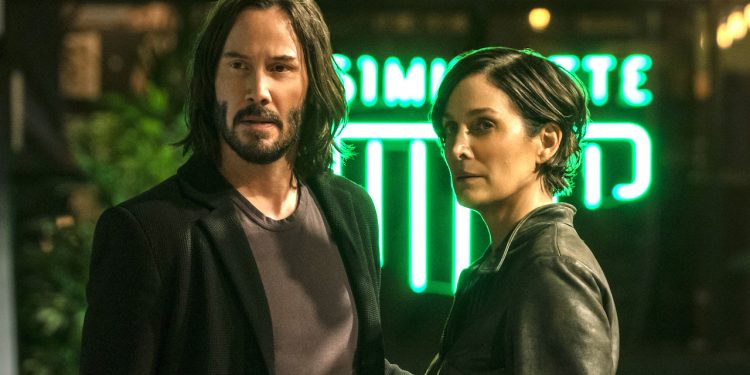 Matrix Resurrections is not a good film. At all. Period. It was never going to be. As revolutionary and good as the first Matrix was, the subsequent films Reloaded and Revolution were drastic drop offs. While Revolution ended up grossing over $400 million, it had mixed reviews at best and left a lot of folks thinking "Maybe they should have stopped after the Matrix". Which is why it is baffling that WB would then wait almost 20 years to do a fourth film, Matrix Resurrections. It feels like a cash grab but that doesn't make any sense because it's 20 years too late for that. Nothing about this makes sense.

While it's no surprise that Matrix Resurrections is a bad film, what's really annoying about it is that it's not even entertaining. The fight scenes, one of the things that made The Matrix standout, are boring, uninspiring and just plain bad. This film lifts a lot from the previous films (literally taking scenes and footage from those movies). It recreates the Neo/Morpheus and Neo/Smith fights but they fall flat.

And then there's the story. Or lack thereof. The story issues that Reloaded and Revolution had are amplified even more in Resurrection. This film thinks it had a deep point and coherent message but lacks the consistency to make it a good story. It also relies heavily on nostalgia. Matrix Resurrections feels like 147 minutes of everyone (from the director to the actors) just going through the motions because the check cleared. Let's hope this is the final attempt at revisiting the Matrix.

Premium members can listen to Brandon and Kriss talk about why Matrix Resurrections is such a bad movie.