Mary Queen of Scots: Focuses on the Cost of Power 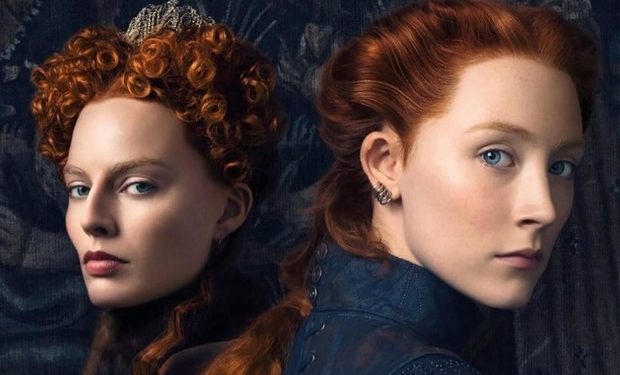 Ro6.5
Mary Queen of Scots might as well be subtitled, badass queens and the jacked up machinations of power-hungry men and fuckboys. It's an imperfect narrative - with some standout performances - that needed a more cohesive purpose.
6.5

I have an addiction to historical dramas. It's Helena Bonham Carter fault. Lady Jane sent me to the library to find out what was up with British lady monarchs losing their damn heads when they're supposed to be in charge. So, I started eyeing Focus Features's Mary Queen of Scots as soon as production began.

Mary Queen of Scots: A Theme Runs Through It

This is a retelling of Mary Stuart's life. The script's based on "Queen of Scots: The True Life of Mary Stuart" by British historian and biographer Dr. John Guy. This is not your typical historical drama plot. And that's a result of Dr. John Guy's research. His work directly contradicts earlier accounts of both Mary Stuart and Elizabeth I's motivations, personalities and relationship.
Director Josie Rourke directorial choices are blatantly pushing a narrative theme. Thankfully the subject allows for it without forcing the ill-fitting character arcs. Both Elizabeth and Mary are savvy strategists. Robbie and Ronan's portrayals leave no doubt as to their intelligence, youth insecurities, or (nice to see) ruthlessness.
A lot of period pieces are built around action but this one focuses on the Queens' motivations. For the most part, Rourke ably balances screen time between the goings-on in Queen Elizabeth I's court and that of Queen Mary. The plot unfolds with a subtle flair that's engaging. This story's driven by each woman's vulnerabilities. There are no easy decisions and each is always dangerous. But narrative development unbalances because far too many plot points are under-developed.

As directorial debuts go, Josie Rourke couldn't have picked better source material to scratch a feminist itch. For once, a narrative intended to focus on a feminine perspective is a natural fit. Although the contemporary-edge to each monarch's character portrait - these ladies aren't as demure - and dialogue tone will make some to discount everything as fiction.

As all dramatizations tend to do, Mary Queen of Scots takes serious liberties in how it portrays several characters (historians expect your eye to twitch) but I found the subversions purposeful.

Who is Mary Stuart?

Mary Stuart (Saoirse Ronan) was Queen of France at 16 and widowed by 18. She refused to re-marry; opting instead to return to Scotland. Stuart immediately reclaims her throne from the Regent, her half-brother, the Earl of Moray (James McArdle). I'll just say, perfect casting thy name is Saoirse Ronan. 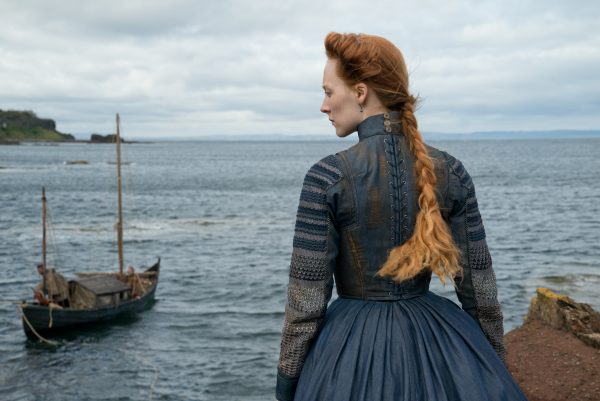 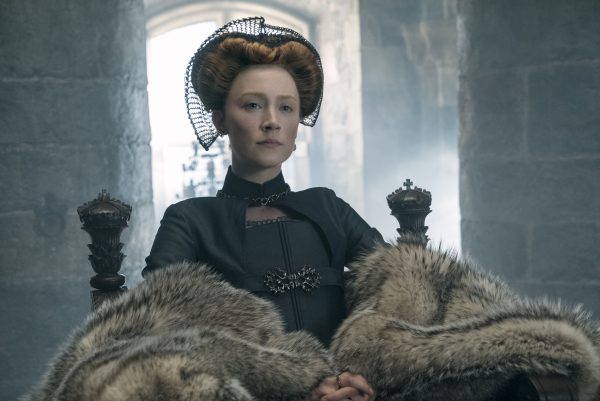 In her absence, Scotland's fallen under Protestant control. John Knox (David Tennant) a powerful Protestant cleric believes a woman monarch goes against the will of God and nature (because patriarchy ain't new) so has interest in Catholic Queen. Stuart finds herself the focus of a seriously malicious smear campaign lead by Knox. He paints her as lascivious and sexually promiscuous at every turn. John Knox in the hands of David Tennant is almost unfair. Tennant breathes fire and ferments hatred with believable animus that adds the tension to the more subtle conspiracies playing out on screen.
Knox's actions - and British interference - create fertile ground for Scotish noblemen to conspire against the Queen. Because once her brother realizes she doesn't intend to be a biddable queen, he too rebels. All this backstabbing ultimately ends in Mary losing her throne in 1567. 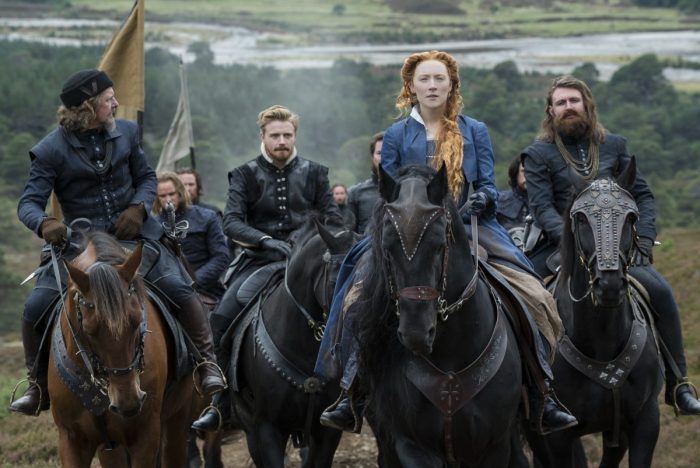 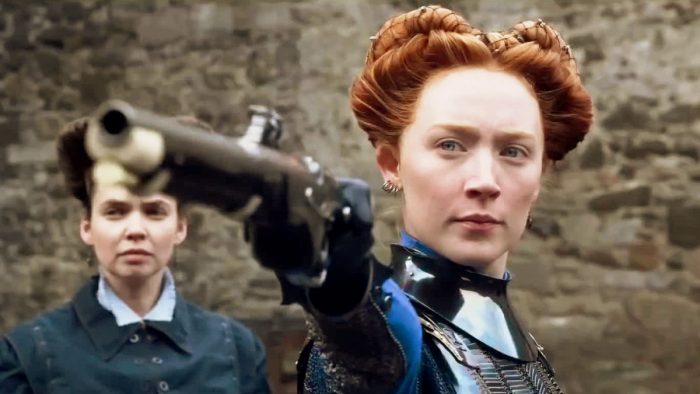 The story set up, fantastic ensemble performances mesh beautifully with impeccable costuming and production design but Rourke - or perhaps the script - falls short on bringing all these pieces together in a way that maintains the film's emotional impact.

History tends to hint at the taboo rather deal with in a forthright manner. There are times when shifting the lens allows for a more honest history. The secondary story arc involving around Stuart's second husband Lord Darnley (Jack Lowden) and her courtier Rizzio (Ismael Cruz Cordova) takes innuendo about his sexuality and confronts the rumors head-on. 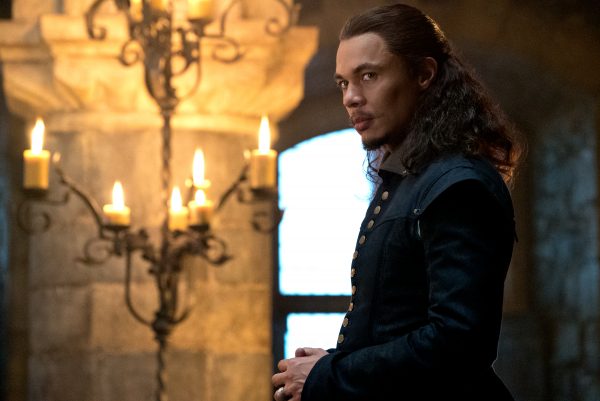 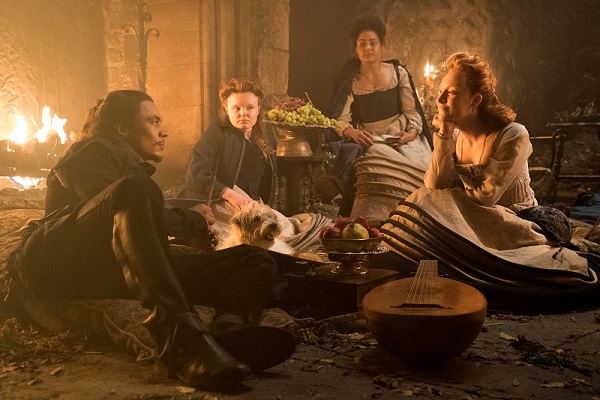 It's also an excellent way to spotlight Stuart's emotional immaturity and vulnerability without discounting her intelligence. The subplot offers the opportunity to showcase Stuart's ability to outmaneuver her enemies.  This fully developed story arc just makes it obvious Rourke could've handled all the plot development far better than it was.

If that's not enough, Mary Stuart has a claim (some say the superior claim) to the throne of England. Queen Elizabeth I (Margot Robbie), faces nonstop pressure from her Privy Council, led by Sir William Cecil (Guy Pearce), to bring her cousin to heel. Stuart reaches out to her cousin hoping to form an alliance with Elizabeth that would create an unassailable power base for each monarch. 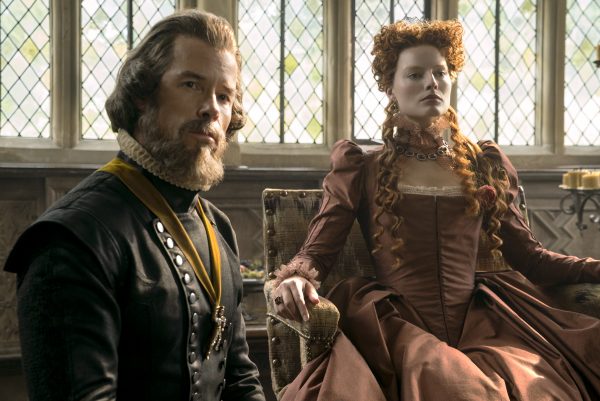 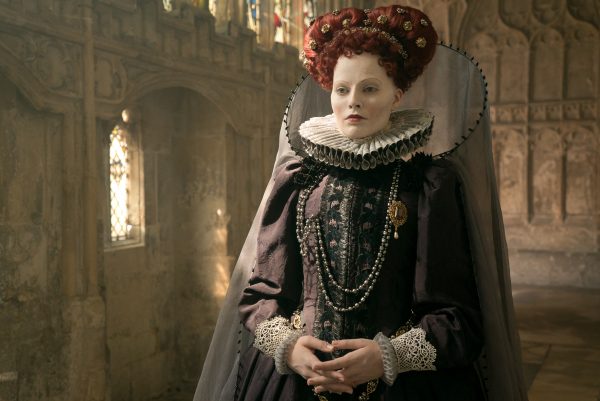 Again, all the set up is brilliant. Robbie's Elizabeth I is uniquely her own. She, more than any other, takes full advantage of sharp exchanges and creates the image of a Queen dedicated to her path regardless of the sacrifices. The by-play between Robbie and Pearce are some of the best to be had in the entire film. But, again it's easy to check out on some of the finer plot points because they are under development. For a story squarely building to a meeting between Mary Stuart and Elizabeth I, it all lacks intensity.

Mary Queen of Scots is built on betrayal, rivalry, and fucked up conspiracies. The sublime performances by Margot Robbie and Saoirse Ronan elevate scenes that could otherwise feel like mere "agenda-service."

It addresses the bitter costs of ruling in the time of rabid patriarchy in a setting so rich and vibrant it has no choice but to be a compelling backdrop for Robbie and Ronan at every turn. It's an interesting juxtaposition of two queens in their bid to retain power.

The pacing and narrative too often sacrifice overall plot development in favor of lingering on emotional motivations. Rourke pushes hard to create a new lens through which to interpret "known" history which ends up undermining potential buy-in overall. This movie is beautiful and I enjoyed it for what it got right cinematically. But I really wish it stayed a more focused and dynamic story throughout because it could've been brilliant.