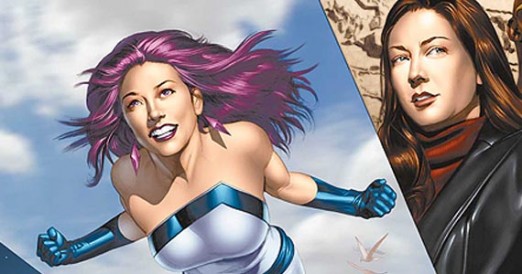 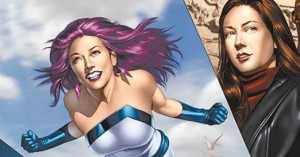 Ever since the "Bryan Cranston is confirmed as Lex Luthor"  debacle, I tend to be cautious when I see "confirmed" casting for movies with very iffy sources.  Remember, Joaquin Phoenix was a shoe-in for Dr. Strange. He was in "final negotiations" that ended up falling through.  So I tend to wait until I see actual confirmation from a reliably named source before posting it.  Or, I'll make a point to say that the deal is in negotiations.  Having said that, when news popped up yesterday that Ritter was pretty much a done deal, while I decided to wait to post it, I had a feeling it would be true.  I'm also wondering when they'll confirm the Luke Cage casting.  Seems like Michael Colter is the guy but again, I'm waiting for Marvel to confirm it.  We know whoever is Cage will be in about half of the Jessica Jones episodes so the new should be around the corner.  As for Ritter, I good with this casting and think she'll do a fine job. 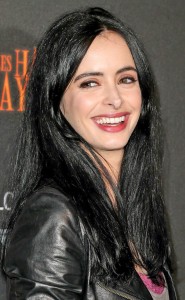 Marvel and Netflix are proud to announce that Krysten Ritter will star in "Marvel's A.K.A. Jessica Jones," an all-new 13-episode series premiering on Netflix in 2015 following "Marvel's Daredevil."

Ritter will play Jessica Jones, first introduced in writer Brian Michael Bendis and artist Michael Gaydos' classic ALIAS comic series. After a tragic ending to her short-lived Super Hero stint, Jones is rebuilding her personal life and career as a detective who gets pulled into cases involving people with extraordinary abilities in New York City.

"Krysten brings both the hard edge and the vulnerability the role demands," said Executive Producer/Showrunner Melissa Rosenberg. "We can't wait for fans to see her in action, coming to Netflix in 2015."

"Krysten Ritter has the type of range, spanning the comic to the tragic, that makes for the stuff of the best Marvel heroes," said Jeph Loeb, Executive Producer/Marvel's Head of Television. "As Jessica Jones, Krysten will bring one of the most beloved new characters of the past decade to life in a way we know will delight her longtime fans and introduce her to many more."