MALEFICENT: MISTRESS OF EVIL IS A PRETTY MESS

Brandon5.5
Ro6
Mistress of Evil is more than merely watchable...barely. Just don't expect too much integrity in the narrative. But do expect disloyalty, betrayal, an inexplicable lack of communication, and genocidal warmongering.
5.8

In Maleficent: Mistress of Evil returns to the tale of Sleeping Beauty five years later. Aurora is Queen and Maleficent still the protector of the Moors and the land is seemingly at peace. But rumors of the fairy-cursed child whisper across the land causing its human inhabitants to once, again view Maleficent as dangerously evil. It's at this point, Mistress of Evil begins its story (and Phenom's issues, Ro made it perhaps five minutes further into the mix before side-eyeing the screen...).

Phenom and Ro both agree (pretty much the only time) that the look and tonal quality of Mistress of Evil more than serves to set the stage for a return to this fantastical realm and its magical (and mundane) inhabitants. But this beautifully rendered world is hardly an integral part of the story. It's a shame how little its explored this time around; a wasteful shame. That sentiment, unfortunately sums up the MTR crew's overall feelings about this film.

Maleficent: Mistress of Evil Tries To Do Too Much

What starts out a straightforward story about combining families through marriage (and joining/saving kingdoms because that's totally what princesses are for in Disney-land) turns into Guess Who's Coming to dinner (Michelle Pfeiffer is a perfect villainous Queen; her petty is just that good). 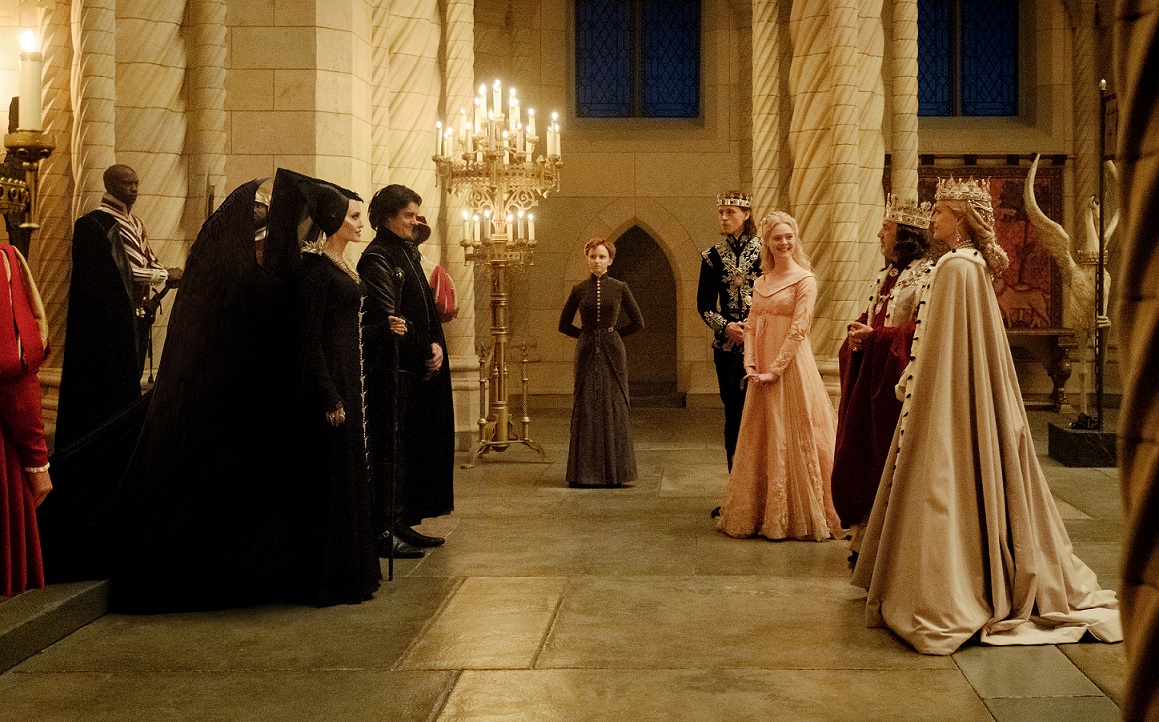 This should've been Maleficent's story from beginning to end and not just because Chiwetel Ejiofor and Ed Skrein deserved more screen time. The story of the dark fairies is hands down the most interesting part of the plot. It offers the most opportunity for world-building, character exploration, and moving the myth of Maleficent, godmother and protector of the Moors, forward beyond its starting point.

Chiwetel Ejiofor is Connal in Disney’s MALEFICENT: MISTRESS OF EVIL.

Instead, the story morphs into a war between humans and the Fae with a side Maleficent (and the dark fairies) origin story. Disney tried to shove an entire trilogy in a single film. It couldn't resist letting a Disney princess in need of a wedding ultimately hijack the narrative.

While the story narrative is cohesive, it focus is too often split across poorly developed characters and paper thin tension-building. Instead of building on the 2014 hit's story, Mistress of Evil presses the reset to default Disney settings and leaves Angelina Jolie performing in a film it's painfully obvious she's emoting too hard for.

Mistress of Evil is more than merely watchable...barely. Just don't expect too much integrity in the narrative. But do expect disloyalty, betrayal, an inexplicable lack of communication, and genocidal warmongering.

Once again, Kriss abandon Phenom and Ro in the land of well-meaning sequels by skipping Maleficent: Mistress of Evil any Kriss-slander is, entirely his own fault. He knows what happens if you leave Phenom unsupervised.

Listen to Ro and Phenom try to pinpoint exactly what pulled them out of Disney's latest offering and find out exactly how much Ro is over damsels in distress.