The Farewell Tackles Family Secrets In an Earnest Way 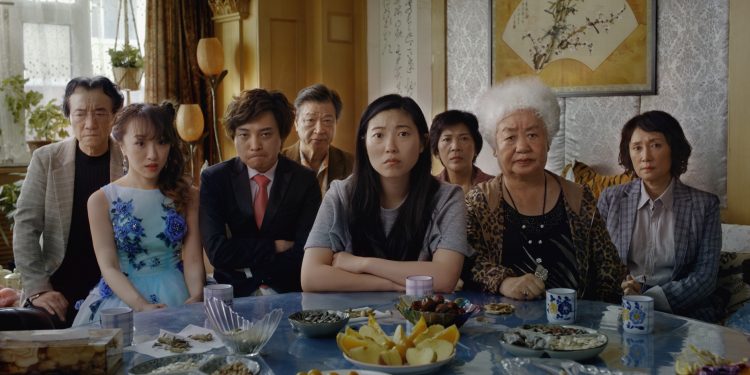 The Farewell9
The Farewell explores the messiness of grief, secrets and family through the lens of east vs. west cultural differences. Striking the best balance between comedy and drama, it's that nuance take that highlights the need for more stories in this realm.
9

The Farewell: The Choice Of The Secrets You Keep

"In the East, a person's life is a part of a whole," Haiban (Jiang Yongbo) tells Billi (Awkwafina) with condescension in response to her probing. The root cause of this disagreement is also the heart of this fragmented family: Nai-Nai (Zhao Shuzhen), Billi's grandmother. Faced with her mounting feelings, Billi must war with respecting her family's wishes and her American-influenced beliefs. The Farewell, written and directed by Lulu Wang, weaves a tale full of heart, drama and humor.

Based on an actual lie, Billi is a 20-something immigrant living in Queens. Although she moved to New York from China at a young age, she still has a close bond with her Nai-Nai (grandma) who still lives there. It's revealed that Nai-Nai has cancer but no one has informed her of the diagnosis. The family decides to not disclose the diagnosis to her so she can live a worry-free life. Against this decision, Billi flies to Changchun to hang with her extended family and Nai-Nai - all while struggling to keep the secret of Nai-Nai's help under wraps. 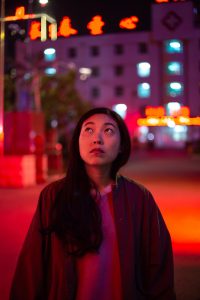 Source: The Farewell Selects 7 By Casi Moss Courtesy of A24

The Farewell's success is hinged on how engaging the familial relationships are. For that, you need a protagonist that can deliver in the eye of the drama. Fortunately, Awkwafina as Billi delivers the goods. Known from her scene-stealing presence in Crazy Rich Asians, Awkwafina hasn't had the vehicle to lean into drama until now. She toggles through melancholiness and stubbornness throughout the film in a convincing way.

But it's her interactions between the family that illuminates her great performance. The relationship between Billi and Nai-Nai is both tender and humorous, with Nai-Nai throwing loving shade about Billi's weight and single status in a familiar way. Billi's conversations with her uncle Haiban and her parents Haiyan (Tzi Ma) and Jian (Diane Lin) expose the divide between Billi's westerns beliefs about accepting death and her eastern family traditions. It's these tensions across her loved ones that reveal the core of who Billi is and further makes Awkwafina stand out.

And Further Proving The Need For More Diverse Stories

But The Farewell wouldn't work without strong direction and a strong story - both given to us by Lulu Wang. Wang's vision is crisp and clear due to the fact that it's based on her real life. Taking those personal experiences as a Chinese immigrant living in America to the screen ring true because it is true. This film explores the messiness of grief, secrets and family through the lens of east vs. west cultural differences. Striking the best balance between comedy and drama, it's that nuance take that highlights the need for more stories in this realm.