Lucy in the Sky Is Three Bad Films Wrapped in One 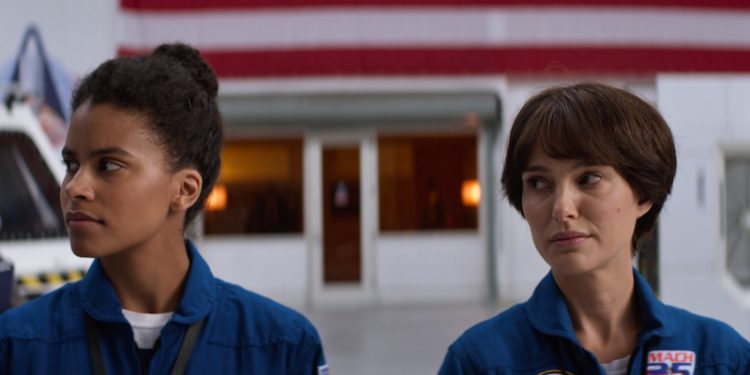 Kriss4
Brandon4
The back half of this movie becomes entertaining because of how out of character and ridiculous it is. Outside of that, the film feels convoluted and struggles to determine what story it wants to tell
4
Lucy in the Sky took skills to make. It’s not often that film gets to be three bad films in one. This a film that suffers much like its protagonist from not having a clarity in purpose and direction. The film doesn’t know if it wants to be the story of a female astronaut who loses touch with reality after being in outer space and seeing how small the world is or a film about how women go crazy over male genitalia. For those who may need the warning, this film ends up being more of the latter than the former. Apparently it’s based (loosely) on the story of Lisa Nowak. If that name doesn’t ring a bell maybe this will: Astronaut Diaper Lady. Yes, instead of being an interesting character study on how going to space and seeing the beauty of the world from such heights can have you more focused on getting back to that moment that one loses connections to their personal lives, Lucy in the Sky decided to throw that all away to become a film about a woman who becomes emotional and cracks. It’s offensive. 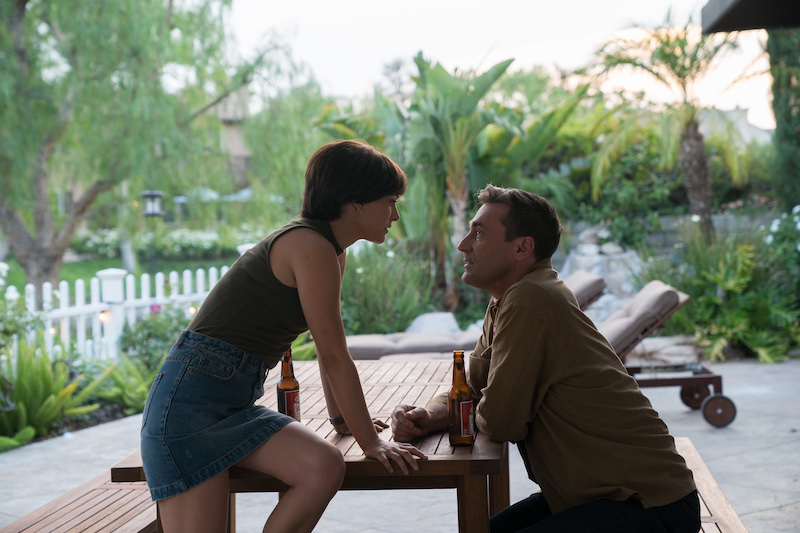 Natalie Portman and Jon Hamm in the film LUCY IN THE SKY. Photo by Hilary B. Gayle. © 2019 Twentieth Century Fox Film Corporation All Rights Reserved

With Ad Astra still in theaters, it’s hard to not be offended by the script that three men (Noah Hawley, Elliot DiGuiseppi and Brian C Brown) settled on for this film. In Ad Astra, Brad Pitt’s character (much like Portman’s in Lucy in the Sky) is in epitome of calm, cool and collected under pressure. Even when he begins to crack and let more emotional responses slip out, he’s still professional in his job. Contrast that with Lucy in the Sky where Lucy Cola (Natalie Portman) starts off as this ace hotshot and then slowly spirals more into caring more about her affair with Mark Goodwin (Jon Hamm) than her job or being professional. The screenplay reeks of men not believing a woman being emotional means she’s about to crack.

The back half of Lucy in the Sky is drastically different from the beginning. One could attribute that to Lucy going fully crazy but honestly, it’s because the script itself just became lazy. There are plot points and character development moments for supporting characters that are just dropped. There was a moment to connect the dots on Mark Goodwin also suffering from his own issues and contrasting the to Lucy. Showing that a man who display the same questionable behavior as a woman gets treated not only differently but almost rewarded for it would have at least made the end of this movie a bit more to stomach.
Lucy in the Sky clearly suffers from over-correcting during rewrites. It feels as if there were three completely separate and distinct stories being told for the same character in a linear fashion with no logical transition between them. It's hard to believe the resulting film is one that anyone involved with making it is the one that they really wanted. And it definitely isn't the film that audiences are going to want to see.
Like what you hear? Subscribe so you don't miss an episode!