LUCE: A Psychological Ride Tackling The Pressures of Performing While Black 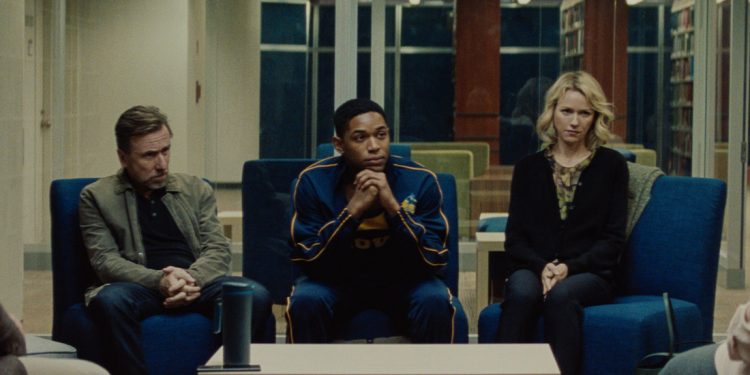 LUCE9
LUCE is a disturbing turn of events when societal pressures mount up. That’s not excusing the malicious actions that Luce caused – but rather, brings layers of complexity to what it is to live up to Black Excellence.
9

During a chill night, Luce (Kelvin Harrison Jr.) and his track buddy reflect on their teammate DeShaun (Brian Bradley) and his sudden removal of the team. Luce attempts to express his frustration seeing his fellow Black teammate penalized. His white teammate scoffs at the comparison: “DeShaun’s…BLACK Black.” Hesitant, Luce asks “then what am I?” Oblivious, the white teammate responds “you’re Luce.”

LUCE, co-written and directed by Julius Onah, explores the internal struggle and pressures of performing while Black. Luce is an Eritrean refugee who gets adopted by a white couple at a young age. Amy (Naomi Watts) and Peter (Tim Roth) use all the means they have to invest in their adopted son, raising him to be a star athlete, debate champion and future Ivy League student. The veneer of his golden boy persona begins to crack when his teacher Ms. Wilson (Octavia Spencer) finds something shocking in his locker. What follows is a snowball of calculated and sociopathic decisions that Luce makes as a way to rebel – leading to disastrous results.

Kelvin Harrison Jr. commands the role as the title character in a way that’s terrifying but captivating. His ability to switch extreme emotions in such a smooth way reinforces how unstable he truly is. Luce is able to get away with the psychological torture he’s inflicted because he defaults to the happy-go-lucky, almost robotic caricature when he’s questioned. Harrison Jr. leans into this with his pristine smile and twinkling eyes – and it's very unsettling.

Naomi Watts and Octavia Spencer also deliver standout performances. As Amy, Watts invests in the conviction seeing the evil within her son but coddling him from responsibility. Meanwhile, Spencer role as Ms. Wilson serves as a perfect foil to Luce. Her intense pressure and high level of righteousness grates on him and she becomes the subject of his ire.

Luce’s act of turmoil comes to a head in the most explosive scenes in the film. What starts as Ms. Wilson confronting Luce about his heinous actions transforms into an ideological conversation on being Black in America. Ms. Wilson is from the respectable school of thinking, pushing Luce more than his other Black classmates because she identifies him as “one of the good ones.” Luce does not like this labeling, however, and does not want to be put into a box. The tension between Spencer and Harrison Jr. is palpable in this scene, and the intra-community conversation takes it over the edge.

LUCE is a disturbing turn of events when societal pressures mount up. That’s not excusing the malicious actions that Luce caused – but rather, brings layers of complexity to what it is to live up to Black Excellence. A psychological ride, it’s one of those films imprint on your psyche. Be prepared, because it’s going to be difficult to dig it out.