‘Low Tide’ is A Twisted Coming of Age Story 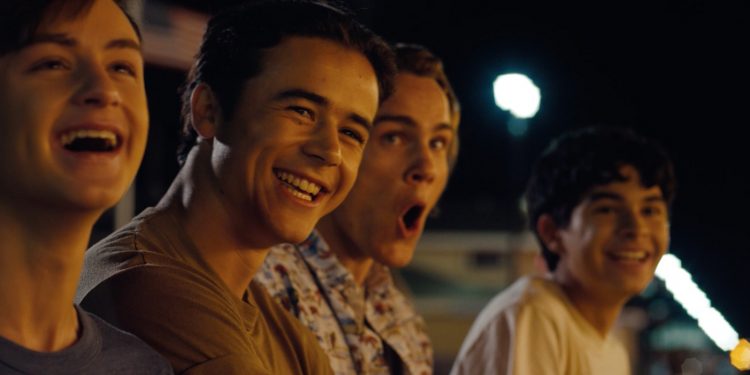 Summertime in New England is marked by a few things: coastal towns, traveling fairs, and the eternal townie vs. 'summer people' divide. In Low Tide, writer/director Kevin McMullin's first full-length feature, all of these elements come together in a sinister, late summer tale reminiscent of Stand By Me.

The two brothers live a life of benign neglect since their father is a seaman and gone for long stretches of time. Alan also runs with a crew of petty thieves named Smitty (Daniel Zolghadri, Eighth Grade) and Red (Alex Neustaedter, Colony). While Smitty is just your typical snot-nosed snitch, it's just as evident that Red is a teenaged, psychopath and the summer turns sinister when Alan allows Peter to accompany his crew on a robbery of a summer home and he and his brother discover something more valuable than they expected. As the boys struggle with secrets and loyalties within the group, they're also being investigated by Sergeant Kent (Shea Whigham), and the added pressure results in even more cracks in the seams of the boys' friendship.

Jaeden Martell and Keean Johnson star in Low Tide. Photo Courtesy of A24

Although Peter is the smartest of the teens, (and definitely smarter than his older brother), his age and size set him up as an easy target for Red and Alan has to decide if his loyalty lies with his brother or his friends. Like the titular tide, Alan's loyalty ebbs and flows, leaving him off-balanced and stranded for a lot of the film.

Jaeden Martell, coming off his performance as Bill in It, continues to bring innocence and strength to his characters. His performance keeps you transfixed and it helps that he's the only character you can unabashedly root for. Alex Neustaedter nails Red's malevolent nature. His character haunts every scene, lurking like a threat in the shadows.

Jaeden Martell starring as Peter in Low Tide. Photo Courtesy of A24

Low Tide feels like an end-of-summer film. It takes place during that time of year when you often feel nostalgia for something even when it hasn't yet ended. Similarly, these young men are at a turning point in their lives. They can accept where their lives are headed or choose something different but none of those choices are easy. 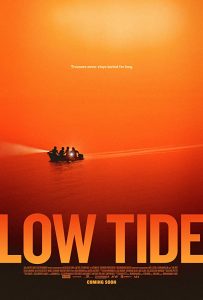