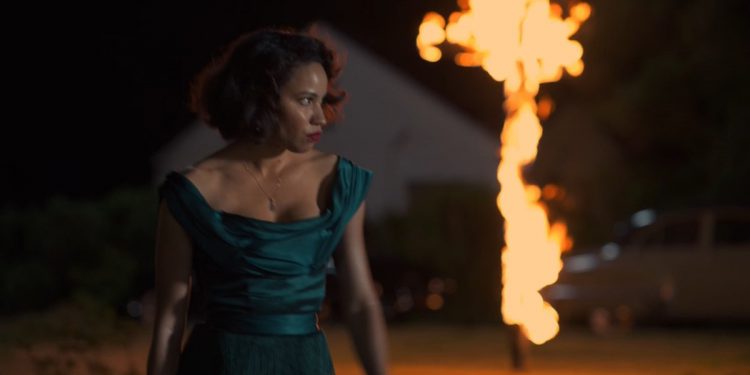 Kriss, Ro and Brandon are back to discuss the last 3 episodes of Lovecraft Country (Whitey's on the Moon, Holy Ghost, A History of Violence). This show continues to impress and is also a perfect example of what (good) happens when Black people (particularly Black women) are allowed to tell stories involving Black people from our lens. Honestly, the best parts of Lovecraft Country have been the parts that lean on the horror and harassment Black people face more than the traditional fantastical horror elements. This once again proves that the horror Black people face is terrifying.

Lovecraft Country is also doing a great job of (sadly) showing how evergreen racism is in this country. You can't watch Leti get taken on a "rough ride" in the back of that police car in Holy Ghost and not think of Freddie Gray. The fact that the cops only showed up after Leti got fed up with the harassment and decided to lash back out reminds us of the way cops only show up when Black people are fed up and in many cases were part of the original harassment. Watching the cops drive past the mob of angry white people and not do anything is right up there with police in riot gear fist bumping white militiamen and vigilantes at Black Lives Matter protests. Even the more subtile things hit hard. Ruby rejecting the notion that she could still apply for the job at the department store because there's no way they'd hire two Black women, much less a Black woman with a larger figure is still something Black people feel. We constantly feel like we're in competition with each other because of how few opportunities we're given. It's not only surreal but infuriating to see how little things have changed.

Out of the last three episodes, Holy Ghost is the strongest. This is due to the focus and story revolving around Leti. Jurnee Smollett is putting in one fantastic performance through the whole series, but particularly with this episode. There was something cathartic about seeing Leti take a baseball bat to those racist white people's cars then later on seeing the three racist white dudes meet their end in the haunted house. Between all that and her literally leaning on the power of the ancestors to cleanse the house of evil, this was a powerful episode.

Listen as we discuss these three episodes. We talk about:

Oh and Ro & Brandon hint at the fact that no one is prepared for episode 5. So strap in.