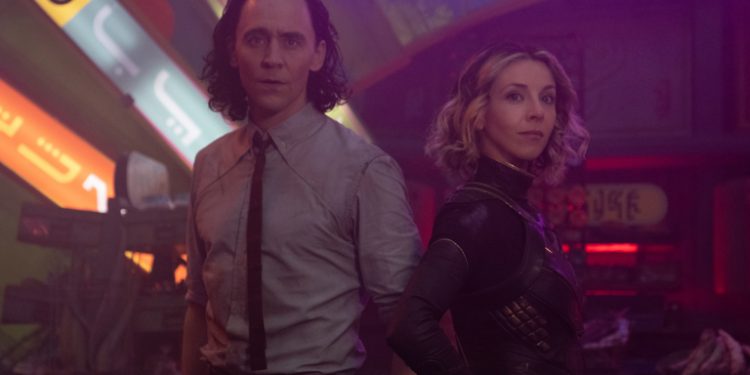 What's better than one Loki? Two Lokis.. Possibly more. After episode 2 and the possibility of the destruction of the timeline, this episode takes a step back and gives us a bit of a character study into Loki and Sylvie. It also gives us some nice action and a cool looking setting while we dig more into both characters.

We get a first hand look at how these two "variants" are different but also very similar. Both are overconfident and use misdirection. Sylvie is clearly more focused than Loki but even that focus could be tunnel vision that is blinding her.  Loki deals with magic and Sylvie in enchantments. We get some subtle hints at how both work in this episode to the point that you could even begin to question how much of what we saw was real. Is the time device really destroyed or is Loki up to one of his many tricks again? Has Sylvie enchanted Loki?

Even more interesting, we get the reveal that the TVA agents aren't created/born in the TVA but are actually variants themselves. This brings some of the conversations from previous episodes back into play. Like when Morbius was talking to Ravonna and mentioned her "other agent" or not remembering bringing some of the items she has collected. Could it be that there is something way more sinister going on at the TVA, hence why Sylvie is so focused on bringing it down?

We're haflway through this show's run and so we anticipate the backhalf is going to not only answer a lot of questions but also generate a lot as well. We can't wait.