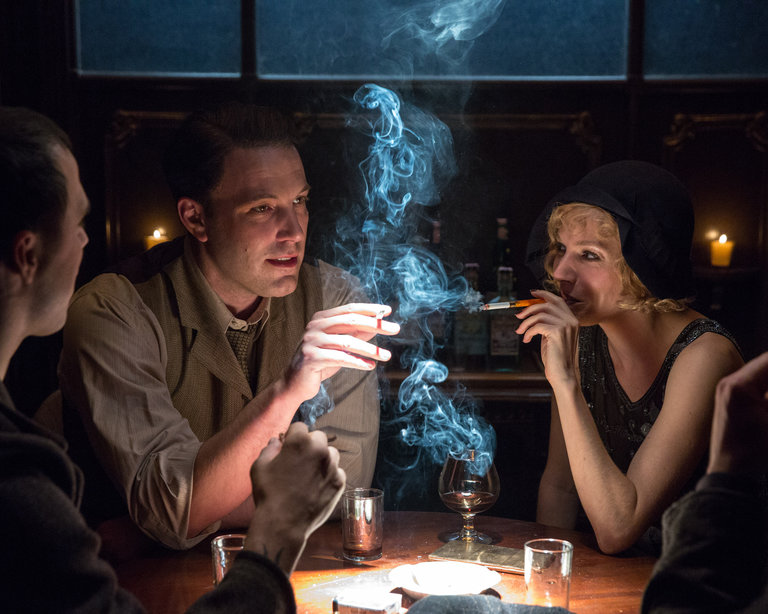 Live By Night is a frustrating film to review. 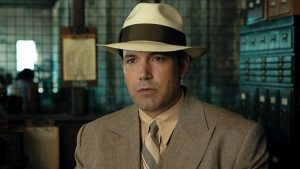 On one hand it shows Ben Affleck's strengths as a director. Affleck brings a vision and aesthetic to his films that is undeniable in their quality. I knew little of the film or the novel it is based off of before watching but within 15 minutes, I already knew that it was directed by Affleck. What Affleck brings to his films that can make them very entertaining at times. There is a car chase scene near the beginning of this film that is shot in a way that makes the audience feel as if they’re right in the middle of the action. The grittiness and violence can be brutal at times but not over the top. These are things that show that, without a doubt, Ben Affleck is talented in the director’s chair.

Results are less positive when it comes to Affleck the actor and screenwriter. For the record, I believe that Ben Affleck is a very good actor. But when he takes on the roles of director, actor and screenwriter all for the same film, it starts to feel as if he’s become overwhelmed. In Live By Night, the screenplay and writing are what comes up short and it overshadows the job Affleck does as a director and also affects how he plays the character of Joe Coughlin.

The film follows Affleck’s Joe Coughlin as he goes from a simple Irish bandit in 1920’s Boston to a reluctant gangster in Tampa working for the Italian mob. The 1920’s were the years of prohibition and Coughlin finds himself in the middle of a war between the Irish Albert White and the Italian Maso Pescatore. 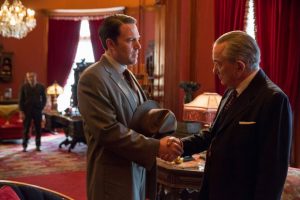 The beginning 20 minutes or so of the film are rendered unnecessary and uninteresting by poor writing. The only purpose they serve is to introduce us to characters we’ll never see again, a relationship between Coughlin and Emma Gould (Sienna Miller) that the film desperately wants to pay off at the end (Spoiler Alert: it does not), set up a pointless rivalry between Coughlin and Albert White (Spoiler Alert: this also does not pay off at the end) and give us the reason for Coughlin going to Tampa. Without reading the novel this film is based on, I have no way of telling how necessary the beginning of this film is supposed to be. From the perspective of only seeing the film, I can honestly say they could have cut all it out and opened the film with a short monologue from Coughlin explaining how he got to Tampa.

Once in Tampa the film becomes more interesting and more colorful from both a visual perspective and a racial one. We’re introduce to Esteban Suarez (Miguel) and his sister Graciela (Zoe Saldana) who are the Cuban suppliers of the molasses needed for Coughlin’s illegal booze operation . Coughlin is also joined by his childhood friend, Dion Bartolo (Chris Messina) who gives him a quick rundown of the political and racial landscape in Ybor City, the neighborhood in Tampa where Coughlin is setting up. This then introduces another problem with this film: Everything around Joe Coughlin is more interesting than Coughlin’s story. It’s like being on a rail car ride and seeing something interesting but being unable to stop and examine it because, the show must go on. At one point, Bartolo mentions the different Latino communities in Ybor and who does and doesn’t get along. At no point in the film does any of this ever matter. A pedestrian knowledge of racial politics in 1920’s Tampa would tell you how complex the issue was yet none of it is touched in this film. 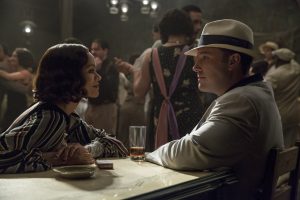 Without reading the novel, I have no way of telling if the fault lies with the original author or if something was lost in translation when Affleck put together the screenplay. There are some baffling (and maddening) choices. For instance, Zoe Saldana’s Graciela who later becomes Coughlin’s wife is a frustrating character. Coughlin first meets Graciela when he’s doing business with her brother Esteban Suarez. She is clearly in business with her brother and what they do is not entirely legal. Yet later in the film she is written as the typical movie trope of the girlfriend/wife who is naïve about the business that her clearly criminal lover is involved in. It’s a frustrating choice for a character that starts off interesting and powerful only to later become nothing more than a prop. It's especially frustrating because Saldana does a great job playing the character with what she was given.

Elle Fanning plays Loretta Figgis, daughter of Police Chief Figgis (Chris Cooper) and while they do play important roles in the film, I do not know why. They just aren’t fleshed out enough for me to care even though I know I should. Just so we're clear, both characters are important but their importance just feels so manufactured and wooden.

One can’t help but wonder what this film could have been if Affleck handed the writing off to someone else. Denzel Washington recently gave one of the all-time greatest performances of a self-directed actor in Fences. Maybe if that performance wasn’t still fresh in my mind I could give Affleck more credit. But where Troy Maxson was written (and directed) to offered a nuanced look at a flawed character, Coughlin is heavy handedly forced on the audience to be liked. There are moments in this film where I don’t feel like I’m watching Joe Coughlin, an Irish criminal/gangster from the 1920’s but rather a 2017 Ben Affleck who doesn’t want people to think the character he played on screen is cosigned by him in real life.

An example of this is the laughable series of events surrounding the Klu Klux Klan. Now history tells us that the Mafia and the Klan did not get along. So yes, it makes sense that if the Klan tried to strong-arm a mob operation in Tampa, it could led to war. But what this film does is try to add on the extra incentive of Coughlin being married to Graciela and being called a “nigger lover”. Add to that the first time that Coughlin crosses paths with the Klan is when he confronts three hooded Klansman who have lit a cross on fire outside of a club full of Cubans. So what we have is this positioning of Coughlin to be the righteous bad guy defending the people of color (along with his illegal booze business). This positioning of Coughlin to be a white savior is just tiring at this point.

Live By Night falls into the same pitfalls of other films by white filmmakers that delve into racial issues of America’s past. These films can’t help but find a way to soften the racism and bigotry by providing some white beacon of hope for the white audience to latch onto and picture themselves as. Affleck plays the compassionate gangster. Sure he’s a thug and kills people but mostly people that are more deplorable than him. He’s the Irishman working for the Italian mob who views Cubans as equals because he married a Cuban. He even supports her causes of Cuban liberation. He gets called a “nigger lover” and takes on the KKK. Even outside of racial issues, his most deplorable moment when he’s blackmailing the father of a young woman who caught up in drugs and porn, great care is shown to make him appear torn up about it. The character is written to force you to be sympathetic instead of coming to that conclusion on your own. 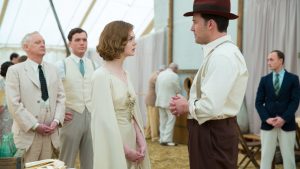 This reminds me a lot of what happened with Hidden Figures. In that film Kevin Costner plays an amalgam of several NASA heads, all of whom always seem to be supportive of Katherine Johnson. It gives white audiences an easy figure to latch onto and see themselves as, even if it is historically inaccurate and waters down the reality of racial issues of the time period. It’s just very formulaic: Make some really evil and racist white characters then provide that one white guy who at worst, is oblivious to the racism but is always on the right side. It’s tired, inaccurate and lazy. The difference that makes Hidden Figures a far superior film than Live By Night is that at least Figures is centered on three black women whereas in this film, the story is centered on one white man with the more interesting characters of color playing supporting roles.

If you shut your brain off to protect it from bad dialogue and poor character choices, Live By Night can be entertaining. Affleck can direct the hell out of an action sequence. Yet you can’t help but leave this film thinking that the end product didn’t represent what the studio was envisioning and so it was dumped in January for a release that will soon be forgotten.