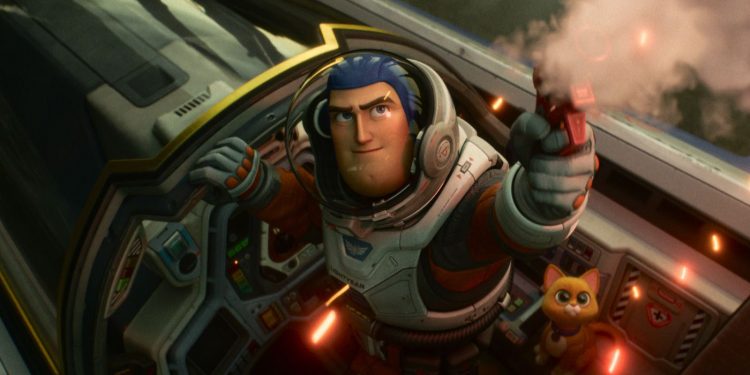 Synopsis: While spending years attempting to return home, marooned Space Ranger Buzz Lightyear encounters an army of ruthless robots commanded by Zurg who are attempting to steal his fuel source.

Kriss and Ro review the latest from Pixar, Lightyear, a new movie in the Toy Story world of films. While the film doesn't break new ground, it's one of those films where it's good and entertaining enough for the whole family.  fBecause it's from Pixar, its competition is really itself. Coming off of Toy Story 4, this might not be up to that level but it's also more aimed at building up a new generation of fans in this world. There's a lot here to like and it's also sets up nicely for continuing the adventures of the Space Rangers in future movies.

Listen as Ro & Kriss discuss what worked for Lightyear.