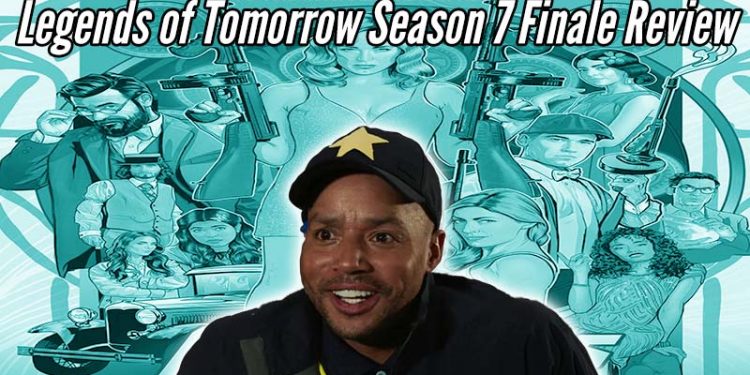 Legends of Tomorrow hasn't been renewed yet for Season 8 but we hope it does. We really want to see how the introduction of Booster Gold goes on the show because there's so many fun things they could do. But even outside of that, this was a really great season that really did a great job exploring different aspects of the characters and letting them grow. Episode 12 could have served as a series finale in a way, giving the Legends a glimpse of what their lives could be if they moved on from being heroes. But in the end, the Legends show that if their individual happiness comes at the expense of someone else's, particularly a member of their family, they won't hesitate to give it all up to help.

For as silly as this show goes, it does a really great job of growing characters and completely embracing inclusion storylines. The moment when Sara doesn't even hesitate to call evil Gideon a fascist was a prime example. This show doesn't try to "both sides" the issues or sit on the fence. It constantly makes genuine stances and does it unapologetically. And for that, we love it.