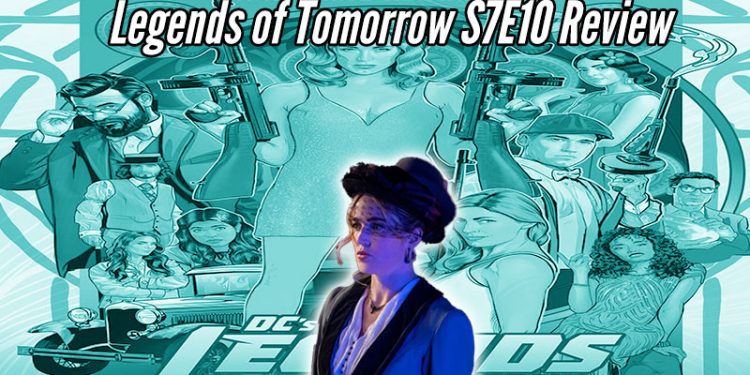 Legends of Tomorrow continues to be one of the most progressive shows on TV. You gotta love it when they have Thawne show up and yet the thing that we spend most of our time talking about is how they're handling sexuality. This show constantly doesn't care about what others might think and that's a good thing. Not only did they have Spooner come out as asexual but the storyline with Davis is really dealing with the conflict of faith and being gay. There are a lot of shows that deal with LGBT issues that talk about how some individuals struggle with their feelings because others are telling them their feelings are wrong or evil. But Legends is saying the quiet part out loud and has Davis feeling like he deserves to be punished by God for his sexuality. And it's great that Ava was there to step in and tell him that he shouldn't believe that. For as silly as this show gets, it's really great that it can still make these kinds of stories serious and genuine.

And then there's Thawne. No one should believe that he's helping Sara and is completely reformed and isn't going to use this next 40 minutes to do something really terrible. There are 2 things that are certain: Death and Taxes. And Thawne has beat both (Remember he left that tax bill for Barry to deal with).

We wrap up this episode talking about how the Arrowverse goes down first ballot Hall of Fame. When you look at where super hero television came from and the fact that no one has done more episodic superhero shows than Berlanti and crew and well, props are due. You don't have to like all the shows or even where they are now. But when you think back to the days of Smallville or even Lois & Clark from the mid-90's, it's not even up for debate.