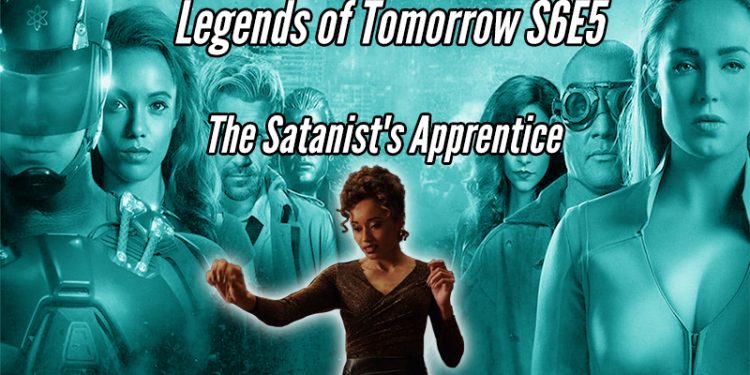 It's hard to put our finger on it or explain it but somehow this super weird ass episode was so on-brand and ridiculous and over-the-top and we loved it while the episode before it was a little bit "too weird" for us. But that doesn't make any sense when you have an episode about Aleister Crowley being trapped in a painting and switching places with John Constantine, the end of the episode turns into an animated Disney movie (complete with singing and dancing) and Sara meeting the creator of the Ava clones who wants to basically turn human beings into weird alien-human hybrids. We can't explain it. But we love it.

Actually there's a pretty simple explanation. It's the character development. This episode gives us some great development with Astra and John. Yes, it's given to us an a ridiculously silly way but it feels real and earned. It also puts John in a new situation (with no magic) and opens up the door to this mystical alien magical source. Add to that the seeds of doubt that Bishop sows into Sara by saying that at her core Ava is still just a clone doing what she was programmed to do and we get some real, series moments for characters that feels earned. Maybe this isn't the best show on TV but it really is one of the most fun.