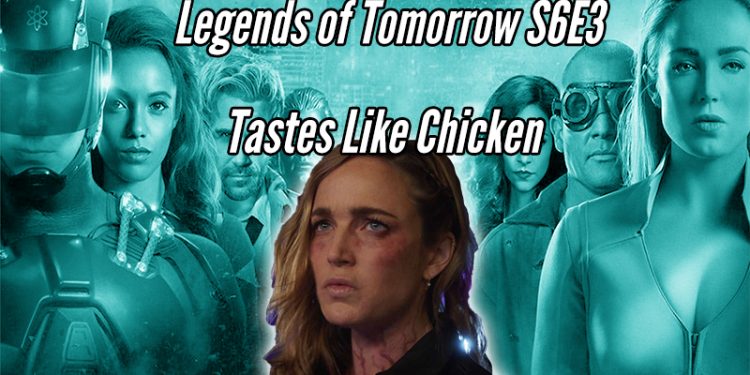 Who knew that Director Sharpe tasted like chicken? Of course it would be Gary to figure out first that the people after him and Sara were actually Ava clowns and of course he ate a few (It's going to take a while to get used to Gary being an alien). That's the great thing about Legends. We have no idea where any of the stuff is going with Sara and Gary but we're fully invested. And while we wait for it to be revealed, we get to deal with the usual Legends hijinks and watch the Legends spoof America's Got Talent/The Masked Singer to hold off an alien invasion.

What makes Legends work is that it leans into its ridiculousness and knows exactly what it is. We were disappointed with this weeks Flash episode because we had Barry doing the same dumb thing that he's been doing every season and it feels like we're getting now growth. But Legends does the same thing every season but manages to keep it fresh by mixing up the characters learning the lessons and using it as character growth. As ridiculous as this episode is we get more growth on social influencer Zari, another odd ball relationship (Zari and a Constantine that wants to settle down), and Ava telling Mick to get his shit together and calling him out. This show has always been about the cast and letting them do what they do best to tell the story and it really reminds us of how well Agents of SHIELD worked out.