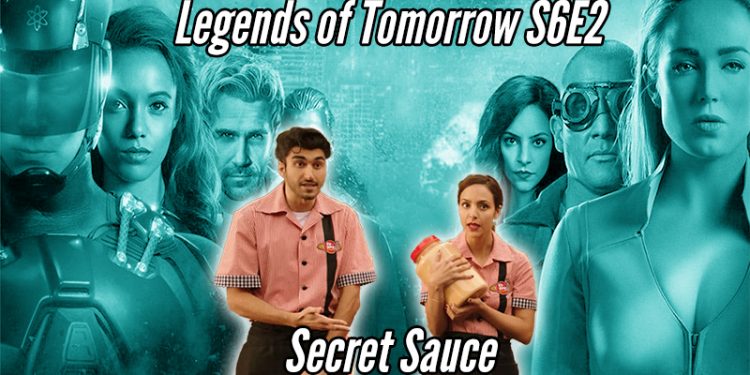 Never ask what's in the secret sauce. Never. It never ends well and you're never going to want to know the answer. As always, what makes Legends of Tomorrow so good is that it's able to be absolutely ridiculous, while also having serious moments. Sure it's easy to focus on the ridiculous things like the not-Mothra Mothra (complete with Godzilla roar), the not-so-subtle shots at McDonalds or Sara & Gary following a dog on an alien planet with a scarf. But there are other things that actually connect to the ongoing themes and story on the show:

We don't know where this season is going but we're all on board for whatever it is.