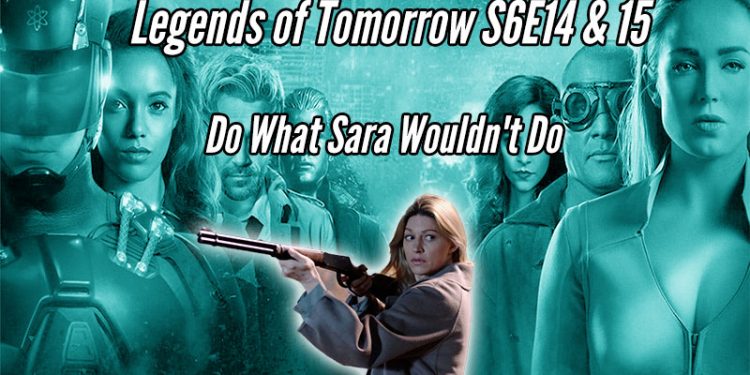 Season 6 of Legends of Tomorrow was great. Particularly the final run of episodes. Its weird to say this about an episode where Mick becomes the father of alien-human squid babies, a giant alien mushroom protecting the earth from alien invasion, John dying and becoming a mushroom (and more ridiculousness) but this was probably the least ridiculous Legends finale we've seen. Part of that is because this season did a really good job of tying all the themes together. Especially with Spooner. She was a bit annoying for most of the season but the show did a great job pairing her with Astra the last few episodes really worked. Also the reveal about her origin and mother also worked well.

This was also the best send off for two Legends. First, it was nice to see Mick settle down and complete his arc. The moment with him and Sara sharing a beer and reflecting on their time was a good reminder of how far they've come. Then there was John. Still the bastard he's always been. It also leaves the door open for him to return. Or even better, for him to end up in a live action movie. There really is no need to find another John Constantine.

Overall we really loved this season and look forward to the new season starting next month.