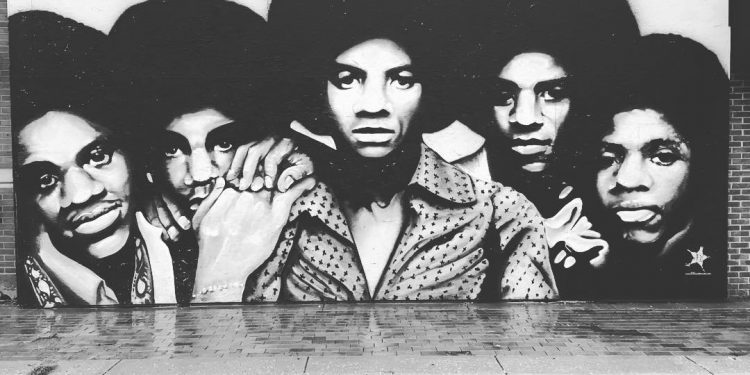 I'm living in that 21st Century, doing something mean to it

Do it better than anybody you ever seen do it

Screams from the haters, got a nice ring to it

I guess every superhero need his theme music

No one man should have all that power

The clock's ticking I just count the hours

That song was released well after Michael Jackson had passed away, but if ever a song intro encapsulated a man, I believe this one does.  Craig Jenkins alludes to the amount of power that Michael carried during his time in the business in his article "No One Deserves as Much Power as Michael Jackson Had."

Make no mistake-Michael was (and still is) a God to many all over this little blue orb called Earth.  Whenever Michael went on tour, the medical staff on site worked overtime.  So many people fainted from pure joy and being overwhelmed at being in the presence of his musical greatness.  He was the epitome of the bootstrap narrative-born into a large family in the small industrial town of Gary, Indiana, he went from a low/working income life to superstardom.  His Neverland Ranch was the size of a small town and one of many homes he owned.  Unlike a lot of Black artists who either had to gain fame overseas before coming home to garner respect or just settle for American audiences, he grew up before the public's eye, becoming increasingly successful and increasingly talented gaining the respect, adoration, and love of audiences all over the globe.  Their defense of his increasing "eccentricities" bordered on rabid.   Leaving Neverland shows some of these responses following Wade Robson's interview with Matt Lauer on the Today show.

I grew up in Gary, Indiana.  The photo that accompanies this piece was one I took in Miller, IN and is one of many such murals in the city.  Another such mural is an image of Michael and his brothers performing at the height of his popularity painted on a shuttered theater just south of 6th Avenue on Broadway. Despite all the graffiti that pops up in Gary, the Jackson murals are rarely, if ever, touched.  The remnant family who lived at 2300 Jackson Street when I was growing up were consistently irritated by looky-loos who jumped off of I-94 to get a glimpse of and a photo in front of the house where Michael was born and partially raised.  Following his death, the location became a shrine.  Having a conversation with most individuals from Gary about anything negative related to Michael ends in the same denials we saw him giving, the same denials that existed when he was alive during the periods of accusation that took place.

I want to own that I made allowances as well.  When I was younger, I didn't WANT to believe that Michael, a voice of a generation, whose music had practically raised me, was possible of such heinous acts.  We all heard the explanations-he has a childlike personality, he was a victim of horrendous physical and emotional abuse by his dad, he's just a big kid.  I did believe it was highly inappropriate that a grown man was sleeping in beds with prepubescent kids that were not his own (if I am honest, even if they were his kids I would have side-eyed it).  When he paid off the family, I squinted, but he explained it cost less to do that than to fight it.   I bought it.  As recently as 12 years ago I bought it, as I watched universities across the nation settle lawsuits not because they claimed responsibility but because they didn't have the money for a protracted legal fight.  Additionally, I was surrounded by people who were also borderline rabid in their defense of the man.  An environment so strong, so toxic, and so numerous makes you reconsider opening your mouth.

Then came the second trial.  The drawings of genitalia.  The testimony of the house staff.  I grew increasingly uncomfortable, but still stayed quiet about my opinion, continued jamming to the music, even introducing my kids to it.  I have a YouTube video of them dancing to They Don't Really Care About us as they watch the This Is It documentary.  I remember feeling gut punched when Michael's death was announced.  He just couldn't escape his demons, I thought.  I mourned with the world.  I missed Wade Robson's interview with Matt Lauer when it came out because by then I had stopped watching the Today show regularly and being in a doctoral program and parenting took up most of my time and attention.  During this period as well, I had come to terms with my own sexual abuse at the hands of a family friend, having sat on that information for 22 years before sharing it. Having my revelations be met with "why didn't you say anything?" and "well what did YOU do?" from those I should have been able to trust to protect me led me to think ”well gee, maybe what I watched you say about other victims of rape and abuse kept me quiet, and now that I'm sharing and getting the same responses, I may as well keep my mouth shut.”

In conversations with Shanna, my Supergirl podcast partner and my friend, she expressed that individuals are caught up on the fact that Jackson’s accusers are grown men. People forget that the acts he's accused of took place when these grown men were impressionable and vulnerable children.  It also deeply ignores the fact that how a person comes to 1) understand what has happened to them in an abusive situation; 2) finds an emotional place where they are comfortable sharing that with others; and 3) how a person will express how they feel about their abuse varies from person to person.  Add to all of these a society...really a PLANET that scoffs at the idea of male victimization, and it is completely understandable "why they waited so long."

I was sick on March 4th so I stayed home from work and for some inexplicable reason decided to watch both parts.  Part one was heartbreaking, especially as I looked at James Safechuck's eyes as he was describing his experience.  Listening to his voice, I heard a tone similar to my own when I disclosed my own abuse.  There are many in the online sphere who are denouncing these men for not being hysterical, but anyone with any amount of emotional intelligence can watch this documentary and see the trauma, confusion, hurt, and shame that comes across as Wade and James describe their experiences.   The second part of the documentary made me want to delete everything about Michael from my life-his music, documentaries, photographs-all of it.  Let's be clear-this man was a savant.  He wasn't immature.  He was a shrewd businessman, and he completely and disgustingly groomed these kids.  For the people saying 'well he can't defend himself he's dead"-did you not pay attention to the first two trials and damn near two decades of denials, interviews, and words from his OWN MOUTH denying this shit?  He had his chance.  And yes, Wade and James are grown now, but they were groomed from a time of great vulnerability to believe in and trust this man at his word, and he violated that trust with his sexual perversion.  After he was through with them, he only called on them as cover when others decided to try to get justice, but again, we live in a world that doesn't believe women when they are sexually abused or assaulted, and men are afforded even less with regard to sexual assault.  In addition to our society’s pervasive homophobia, the idea that one of their beloved idols engaged in such heinous acts (which have NOTHING to do with sexual orientation by the way) with young boys is just something that they cannot connect the dots on.

I can connect the dots.  I heard their pain.  Their pain was real.  Their trauma was real.

I believe them.  Michael did this.

And Michael can rot in hell for it.