Lady and the Tramp Has A Composer – D23 News: 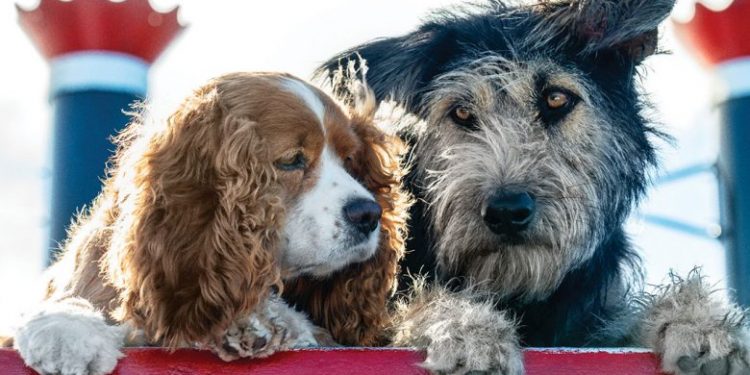 Lady and the Tramp First Up on Disney+

Twitter is all ablaze with the news coming out of D23 Expo. Friday highlights were the highly anticipated trailer for Star Wars The Mandalorian. Plus a holiday comedy, Noelle starring Anna Kendrick revives "Disney Sunday Movie" style content. Both are set to premiere on Disney+ alongside the remake of Disney classic The Lady and the Tramp. 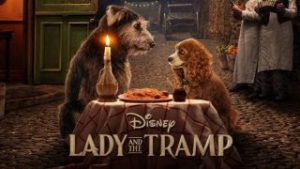 Lady and the Tramp Trailer Still

According to the official press release, Lady and the Tramp premiere will coincide with the launch of Disney+ Streaming Platform on November 12th.  This is Disney's first live-action remake to premiere on the new service and some of the first content new subscribers will be able to watch. In Disney+'s Lady and the Tramp, a timeless retelling of the 1955 animated classic, a pampered house dog and a tough but lovable stray embark on an unexpected adventure and, despite the difference, grow closer and come to understand the value of home.

And if finding out that Tessa Thompson will be Lady's voice and Tramp by Justin Theroux didn't whet your appetite,

Check out the first official Lady and the Tramp Trailer:

In Disney+'s "Lady and the Tramp," a timeless re-telling of the 1955 animated classic, a pampered house dog and a tough but lovable stray embark on an unexpected adventure and, despite their differences, grow closer and come to understand the value of home.

It was announced (August 24, 2019) that Joseph Trapanese (The Greatest Showman, Oblivion) is on board to compose the original score for Lady and the Tramp. Joseph Trapanese is best known for his sleek score work for blockbuster films like “Tron: Legacy,” “Straight Outta Compton,” “Oblivion,” and the “Raid” series.  As a composer, arranger, and producer for movie, television, theater, and video game music, he has collaborated with a number of mainstream musical acts. 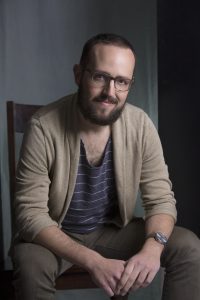 Trapanese first major break came in 2010 when he worked with Daft Punk on the sweeping digital soundtrack to Disney's “Tron” reboot/sequel.
Trapanese followed that success by creating a score with Mike Shinoda of Linkin Park for the American release of the 2011 Indonesian martial arts film “The Raid: Redemption” (he would continue without Shinoda in 2014 with “The Raid 2”).
That same year, he helped with arrangements on a handful of tracks for M83's breakthrough hit “Hurry Up, We're Dreaming,” which led to the pair's collaboration on the 2013 Tom Cruise sci-fi epic “Oblivion”.  For 2017’s “The Greatest Showman,” Trapanese worked alongside Pasek & Paul and John Debney, producing songs and co-composing the score.
Notable solo scores include “Robin Hood” (2018), “Only The Brave” (2017), the landmark rap biopic “Straight Outta Compton” (2015), “Earth to Echo” (2014), and the second and third installments of the “Divergent” series, “Insurgent” (2015) and “Allegiant” (2016).  For television, he has composed scores for USA’s “Unsolved” (2018);  Amazon’s “Jean-Claude Van Johnson” (2017); ABC’s “Quantico” (2016-17), Freeform’s “Dead of Summer” (2016), and Disney XD’s “Tron: Uprising” (2012).  Video game scores include EA’s “Need for Speed Payback” (2017) and Ubisoft’s “The Crew” (2014).
In the studio and in concert, in addition to Daft Punk, M83, and Mike Shinoda, he has worked with Dr. Dre, Zedd, Kelly Clarkson, Dierks Bentley, Kendrick Lamar, Moby, Aloe Blacc, Alessia Cara, Haim, The Glitch Mob, Active Child, Halsey, Sohn, John Newman, Dia Frampton, 3OH!3, Steven Price, and James Newton Howard.
Born in Jersey City, Trapanese earned his B.A. in classical composition from the Manhattan School of Music. He went on to study at UCLA for his M.A. and taught electronic music composition at the school from 2008-2011.  In 2016, he became a member of the Academy of Motion Picture Arts and Sciences.
In 2013, alongside a tenacious group of composers, artists, and musicians, Trapanese founded The Echo Society.  Aiming to inspire each other and the community around them, the group creates and performs new music showcasing the unique talents and environments of Los Angeles.
www.joecomposer.com