I Talk Sh*t and Read: L.L. McKinney Author of A Blade So Black 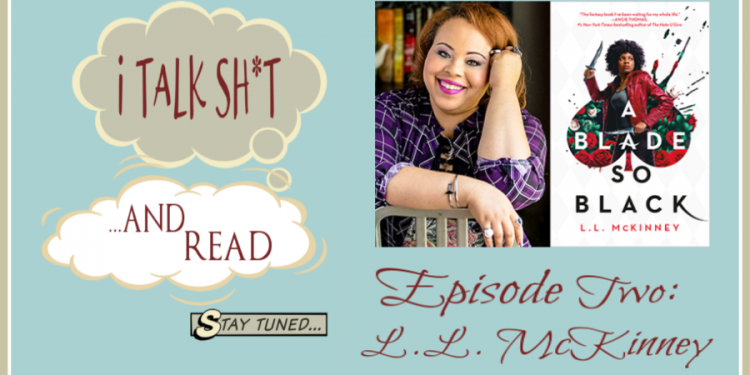 In the second episode of I Talk Shit & Read, I spent some time with  L.L. McKinney (aka Elle) about her debut novel A Blade So Black.

Because the Twitterverse has no chill, we started off discussing an online controversy surrounding a YA novel, Blood Heir, the author eventually decided to pull in order to address racially problematic elements in the writing. (I wanted to hyperlink to an article about the issue but damned if I'll promote clicks to skewed hot-takes that just want to bash anyone who vocally took issue with the novel or the marketing direction. I asked about Elle focused on pointing to the initial marketing "blurb" labeling the story "color-blind" and how that in-and-of-itself is problematic, in publishing and in life.  Our conversation took off from there.

Elle went on to share how exploring fear, its physical effects, and a concept of accountability influenced the creation of "Wonderland." How race is processed by readers (and writers) and how it matters beyond being a buzz word even in fantasy.  Our discussion touched on other real-life elements that impact her writing and how that helped this world evolve. We talked about what she hopes to see in the coming television adaptation from Lionsgate.

And because I have no sense, the conversation went left on more than one occasion. Thankfully, Elle was happily on board; probably because she knows she's gonna kill a character I like somewhere along the way...

A Blade So Black:

After barely escaping an attack with her life, Alice agrees to be trained to fight Nightmares invading her world. But to do so, she'll have to juggle a protective mother, school, friends, and her secret job as a slayer.  Set in an alternate Atalanta and a Wonderland reimagined, A Blade So Black is the tale of a young girl coming of age carrying a burden she'd like nothing better than to put down driven to sacrifice in order to save the world knowing she'll have to live with the consequences. 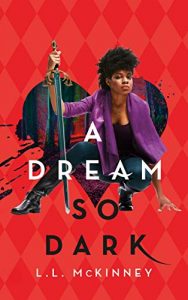 If you like your friends snarky and jokes relatable and your heroes to carry swords, A Blade So Black may be the trip down the rabbit hole for you. This is not your typical fairy tale but it looks to have the makings of one helluva adventure.

Plus, the second installment, A Dream So Dark hit shelves on September 24, 2019.