I almost cut and paste the same review I had for American Assassin for Kingsman: The Golden Circle. The only difference between the two films is that the action in The Golden Circle is good enough that I was at least entertained. Kingsman: The Golden Circle falls into a lot of the same pitfall that happens to a lot of sequels: The director and writers try to recreate the feelings of the first film but the end result is a shallow copy of the original. The best way I can sum up this movie is if someone hand wrote a great letter then tried to copy the letter by tracing over the original. Sure there will be some similarities and you might even be able to enjoy the letter. But it will stand out that it's an obvious copy and feel off. I'd honestly feel the same way about this movie that I did with American Assassin if not for the outstanding action scenes. Aside from a few laughs here and there I found myself looking at my watch waiting for the next action scene. 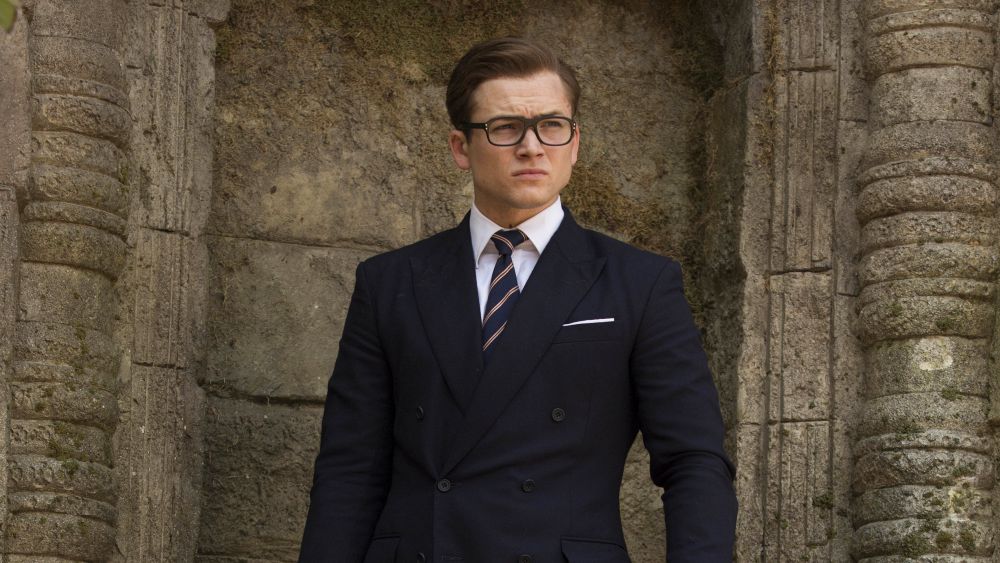 First things first, if you haven’t watched the first Kingsman movie or can’t remember what happened in it, I suggest you go back and rewatch it. There’s actually a surprising number of little references to the first movie and you might find yourself a bit lost if you can’t remember what happened. In The Golden Circle, there is a new criminal organization called the Golden Circle lead by Poppy (Julianne Moore). Tired of being ignored for her entrepreneurial genius because she traffics drugs, she decides she’s going to blackmail the world into legalizing drugs by releasing tainted drugs only she has the antidote for. Of course the first part of her plan is to eliminate the Kingsman organization using a former candidate from the last film, Charlie. Don't think too hard about this plot because your first question will be why the focus on eliminating the Kingsman but no other Intelligence Agencies. Eggsy (Taron Egerton) and Merlin (Mark Strong) are left to stop Poppy by teaming up with their American Counterparts, The Statesman.

Despite that condense overview of the plot there’s a lot of different threads being weaved throughout this movie which is part of the problem. In addition to the main plot there is also the return of Harry (Colin Firth) who "died" in the first film, Eggy and Princess Tilde’s relationship and a forced storyline with the President of the United States being trash. This jumbled mess of storylines plague the entire movie to be honest and it’s a shame because I do believe this film could have been as good as the first one. There’s a good movie in here but it feels as if there were competing scripts and the end result wasn't to pick one but to mash them together which makes for a really odd and disjointed story.

A lot of the problems that Kingsman has can be rooted in the inherent issues with a lot of white-male led action films. This is not to say that movies with white males leads should go away or are always bad. Rather it’s a critique about how these films need to evolve to move away from obvious tropes and to be more self aware about inclusion and diversity. Some of the more crude and eye rolling moments in Kingsman really come down to lazy and cheap writing in 2017. Take the most problematic (and cringe worthy) scene that involves two men needing to seduce a woman to plant a tracker on her. The catch? The tracker has to be embedded in the mucous membrane…which of course this film means vaginally. This then leads to a more ridiculous scene with Eggsy calling his girlfriend to ask her permission to cheat “for the mission”. The entire thing feels childish, misogynistic and completely unnecessary. It falls back to the trope of having male characters who are supposed to be able to find unique ways to solve problems…until women get involved. In the first movie Eggsy was constantly challenged to finding unique solutions to problems. It’s the entire basis for how he became a Kingsman and why he stood out from the other candidates. But when it comes to planting this tracker the only solution he can come with is that he has to insert the tracker inside of this woman’s vagina but first...he’s gotta call his girlfriend so that its “not really cheating.” The whole thing is just juvenile. I was waiting for Eggsy figure out he could trick her into putting the tracker in her mouth or even up her nose. Instead we get a close up shot (its pretty ridiculous) of Eggsy sliding his finger down her pants. There were so many other ways to handle that scene but the decision was made to go the cheap laughs route. It would be easy to overlook this one scene if it was an outlier but the truth is, and its indicative of a lot of poor choices made throughout the film.

The entire plotline with Eggsy and Princess Tilde is forced and unnecessary. Their relationship is built on a throwaway gag at the end of the last movie, rewarding Eggsy with sex with a random hot woman for saving the world. So making their relationship a serious plot point in this film just serves as an unnecessary distraction. At no point do you feel invested in their relationship and the time spent on them is just wasted space. Worse, Egerton and Alstrom have very little chemistry together whereas Sophie Cookson (who plays Roxy) and Egerton are clearly a better match. But Cookson's character is sidelined to double down on trying to make this Eggsy/Princess Tilde relationship work and it never does. 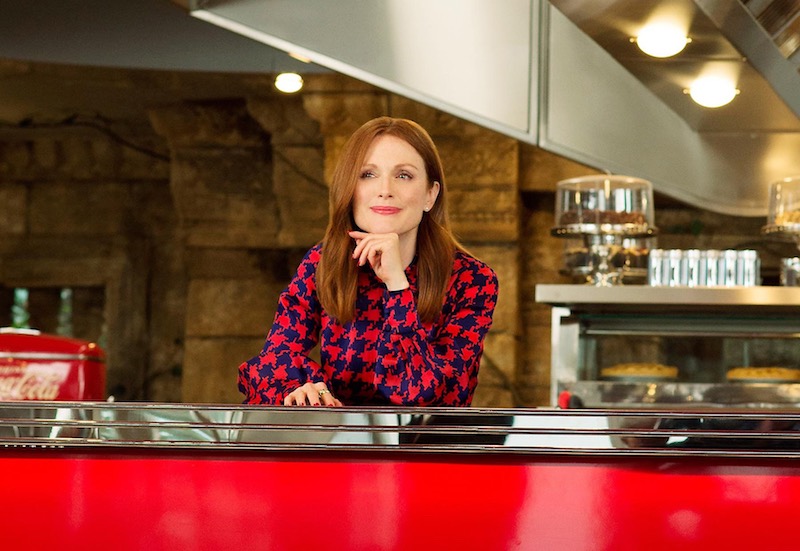 Just about every female character in this film is done a disservice and none more than Julianne Moore's Poppy. Poppy’s whole motivation seems to be rooted in the fact that if she was a man and her business wasn’t selling drugs, she’d get some recognition for her business savvy. And she’s not wrong. Not only has she built a sophisticated criminal enterprise but she operates some of the most advanced robotics in the world. She provides former Kingsman candidate Charlie with robotic arms, has a fully functional android and two robot attack dogs. Moore plays Poppy particularly creepy and the beginning of the film she's really set up to be a serious problem. Moore leans into the character and gives it her all. The audience's introduction to Poppy is genuinely creepy and sets Moore up as a worthy successor to Samuel L Jackson from the first film. Which is why the back half of the film is so disappointing. All the set up and depth to Poppy that could have been explored never really pays off later in the film. Worse, the finally confrontation with her is extremely anti-climatic and she gets sidelined for a male character being the final “big bad”. 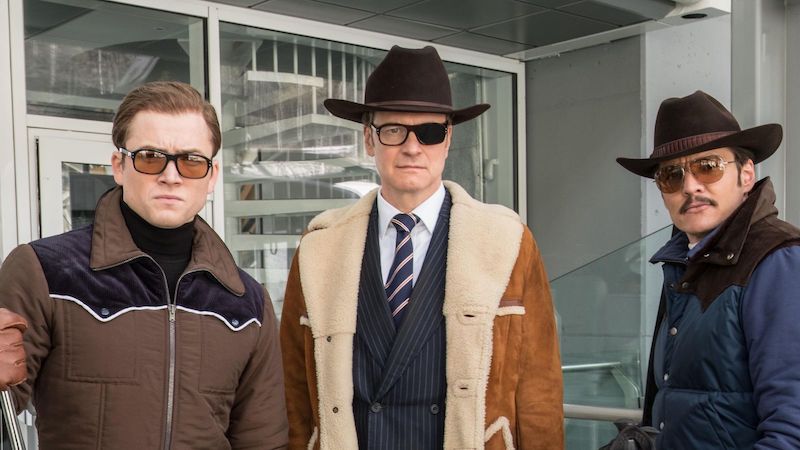 The introduction of the Statesman overall is done pretty well. What works best for the Statesman is how much the script leans into them being American. It's over the top and hilarious. They work out of Statesman Whiskey as their cover, each agent is named after a liquor or mixer (Tequila, Whiskey, Champaigne, etc), they have whiskey flasks for belt buckles and have more money than the Kingsman cause they play the stock market. It's the over-the-top American stereotype and it works. I'm not a Channing Tatum fan but I can recognize that films like this are where Tatum shines. Tatum is put on ice early on after his introduction so if you were expecting some action scenes with him you’re going to be disappointed. And I will say, because he's so good in those scenes, I actually wish he had more screen time. Pedro Pascal’s Whiskey pulls most of the Stateman duty and has some really great action scenes (more on that later) but there’s some character decisions with him that seem to come out of left field. At times it feels like the film is trying to make a deeper political statement but they come off as cheap and completely unearned. Whiskey’s story as well as the one with the President feel like they were added in at the last minute to adjust to the current political climate and the morning in office. Keeping with the theme of the female characters being underused and developed, Halle Berry’s Ginger doesn't really do much. There's potential for her character to be used better but again, it just never comes to fruition.

Action was where the first film shined and the sequel doubles down on that. The Golden Circle jumps right in with an incredible car chase/fight scene. If I could get all the action scenes in this film put into a video I’d be happy with that. They up the ante by bringing in some new fighting styles and gadgets. Whiskey uses a lasso and bullwhip combo that he can also electrify to cut people in half. It reminded me of a lightsaber lasso. Eggsy and Harry have a really great team-up when clearly out some of Poppy’s guards. Vaughn can direct the hell out of some action scenes. There are different uses of camera movement, angles and tracking the action that all work here. As a tangent, the fact that Matthew Vaughn directs action so well in films like Kingman and Kick-Ass, it begs the question why the action in X-Men films are so bad. Eggsy and Harry display more teamwork in two separate  action scenes than all the X-Men films combined. Even Vaughn’s First Class pales in comparison to the two Kingman films he’s now done. It just seems odd.

There are some really funny moments, particularly scenes involving a running joke with Elton John. Strong, Firth and Egerton work well together just like in the first film. Overall audiences should leave feeling entertained and satisfied but I believe the weak story will make this movie largely forgettable shortly after seeing it. Kingsman: The Golden Circle should be a better movie than what it is.