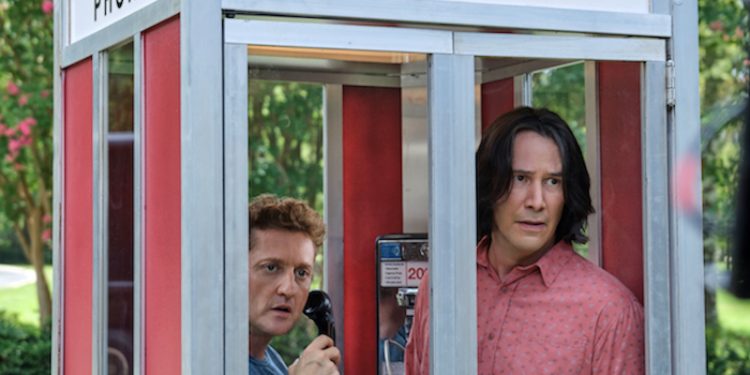 Shamelessly, I'm using this as an excuse to write about how awesome Keanu Reeves has been in 2019 and how blessed we are to have more of him in 2020. Last week it was announced that not only would the Matrix 4 sequel be dropping on May 21, 2021 but that day would also be the release of the hotly anticipated John Wick 4. Then while the world was planning the inevitable double feature two years from now, the first look from 2020's Bill & Ted Face the Music the third film in the Bill & Ted franchise.

In this installment, Bill (Alex Winter) and Ted (Reeves) and the daughters they had at the end of their "bogus journey" are all grown up. Now Billie (Brigette Lundy-Paine) and Thea (Samara Weaving) are helping their fathers fulfill their destiny to set the world right and bring harmony to the universe via song. The film also stars Kid Cudi as himself and William Sadler who is reprising his role as Death. 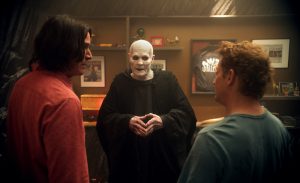 Keanu Reeves has brought us a lot of joy this year with John Wick 3 and surprising comedic turns in Netflix's Always Be My Maybe and Disney's Toy Story 4 as Canadian action figure Duke Kaboom. With Bill & Ted on the horizon, our Keanu obsession can continue uninterrupted.

The world is trash, but Keanu Reeves is our treasure.