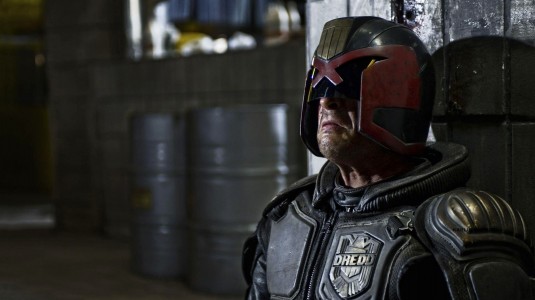 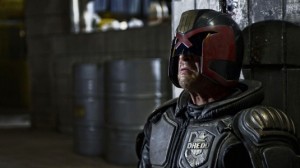 If there is any movie I've seen over the last few years that deserves a sequel it's Dredd.  It was a hugely underrated movie.  I wasn't expecting much for it but it was one of the few lower budget comic book movies that I've seen "get it right".  Karl Urban was an amazing Dredd and while it didn't do great at the boxoffice, word of mouth and BluRay sales seemed to make it look possible we'd get a sequel.  Urban has said several times that there have been "discussions" about it and he seems to really want to do it.  Well this weekend at Chicago Comic-Con he said it's less likely to be a sequel but rather a prequel:

[quote]"Why yes, there is a definite possibility. But, it is more likely that we will do the origins story with Dredd trekking through the cursed earth to find the first Chief Judge Fargo."[/quote]

I'll take it.  I would have liked to see a sequel with Dredd and his partner Anderson because I really liked what they did with Anderson, but in the end, I just want more Urban under the helmet.   And since the first movie wasn't really an origin story, they can do a prequel and be just as good.  Who knows how far these discussions have gone and how likely it is that we'll actually get something.  But I'm going to hold out hope.  Dredd was great. I'm just hoping they don't try to make a prequel PG-13 to generate more money or an audience.

Origins is 23 installments from the mid-2000s, going into the back-story business of how the Judges came to be in the first place. It's also, as Urban says, about Dredd heading out beyond the walls of Mega City One to retrieve Fargo's stasis pod from the New Mutant Army. And there's some stuff in there about Dredd and his brother Rico, previously established as Fargo clones. In the 1995 Stallone Judge Dredd, Fargo was played by Max Von Sydow and Rico by Armand Assante.

The idea actually does chime with what screenwriter Alex Garland said two years ago, although he wasn't exactly couching it in prequel terms. At that time, speaking to Empire, Garland said, "I think you could do a second film which is all about the city and the law and where it comes from, and Judge Fargo and the pro-democracy terrorists, and Dredd’s struggle with the state that he’s part of. And then in a third story you could bring in this crazy existential force that attacks the city in the form of the Dark Judges. They weren’t right for the first film, but they might be right for the third, and it all depends on the journey you take in the second narrative."