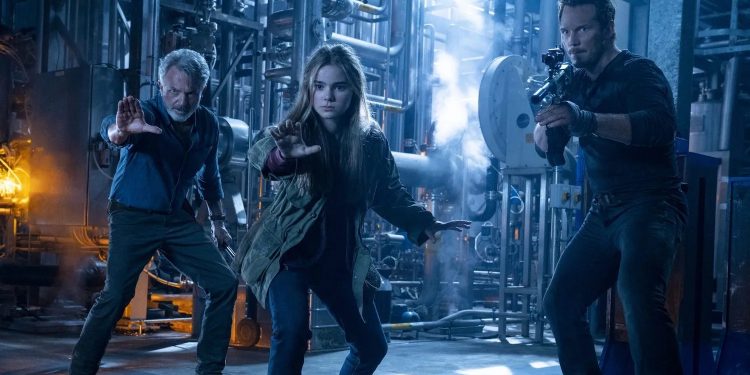 Synopsis: Four years after the destruction of Isla Nublar, dinosaurs now live--and hunt--alongside humans all over the world. This fragile balance will reshape the future and determine, once and for all, whether human beings are to remain the apex predators on a planet they now share with history's most fearsome creatures in a new Era.

The 1993 Jurassic Park was a classic. It revolutionize the blend of CGI and practical effects. It had a story based in science that . Unfortunately after the success of that movie, the franchise had been nothing more than expensive tech demos. That's especially true of the Jurassic World trilogy of films with each one getting progressively worse. These films are ridiculous. Utterly ridiculous with things that make absolutely no sense. Like how did large dinosaurs repopulate the entire world after a handful escaped an auction in the last film? Look, we get it. Sometimes ridiculous nonsense films are enjoyable (Hi Fast & Furious series). But it's really hard to turn your brain off for a ridiculous film that doesn't think it's ridiculous. Director Colin Trevorrow is no doubt trying to make a serious film with a coherent storyline which makes the ridiculousness of this film not a feature but clearly a bug.

Look, if folks just want to see some dinosaurs then that's fine. You could cut out the few and far between horror-like scenes and put them on Youtube and get your fix. When the film does that, it works. The problem is, it's full of humans your don't care about in a story that doesn't make any sense. That's par for the course at this point. What makes Jurassic World Dominion even more egregious is the blatant and heavy handed nostalgia scenes it goes for. There are times when this film will have a character from the original Jurassic Park say or do something exactly like they did it in that movie but it doesn't land because it's such a hollow attempt.

Jurassic World Dominion is the Matrix Resurrections of Jurassic Park films. This is a series that should die and not be brought back.