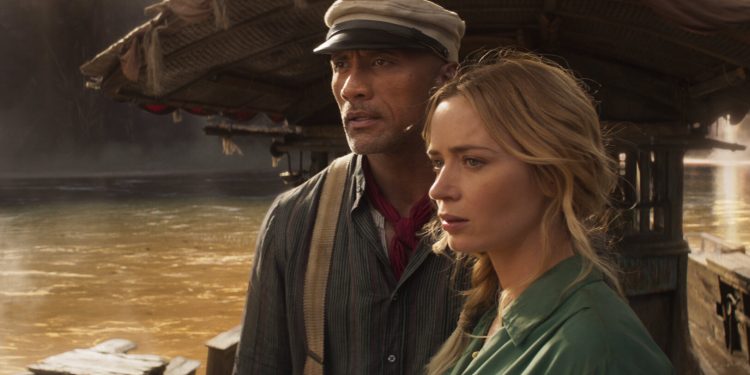 It's hard to imagine anyone coming into Disney's Jungle Cruise movie full of high expectations and excitement. First off, this is a movie based off a Disney theme park ride that needed a makeover for racist imagery. I mean who thought a theme park ride would make for a good movie?

Well it turns out that while this film might not too memorable, it's actually pretty entertaining. Again, the bar coming in was super low, but even still, Jungle Cruise has several things that make it work. First, Dwayne Johnson and Emily Blunt have great chemistry together and that's the main thing that carries this film. The script finds a good use for Johnson's humor using his really bad puns and dad jokes as a running gag through the film. For her part, Blunt is perfect as always. She's playing the typical archetype for a female character that shuns the rules that tell her she needs to "know her place".

The other thing that works for this film is the PG-13 rating. It's actually a bit of a shock how violent this film is. It leans heavy into showing the violence of colonialism. Set in the 1920's, the main villains are undead conquistador's that were cursed after going full colonialist against an indigenous population. Where Jungle Cruise starts to sink is that it doesn't fully commit to this storyline. At times it feels like this film was really going to "go there" but then they realized it was a Disney film and was going to be released on Disney+ and the film they had was creeping up on a R rating so they had to pull back. The result is a film that exceeds expectations but also falls short of what it should be. This makes Jungle Cruise just not memorable. Which is a shame for a film that cost $200 million to make (You read that right...$200 million for Jungle Cruise).

Overall Jungle Cruise is entertaining enough to check out. Johnson and Blunt work well together. Just don't expect it to stick with you long after you see it.