Jumanji: The Next Level is Proof Lightning Can Strike Twice 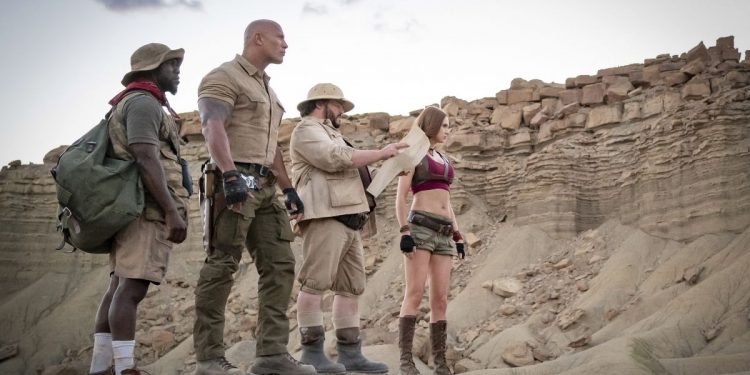 Jumanji The Next Level is proof that lightning can strike in the same place twice. The sequel to the unlikely hit of 2017 is just as much fun as its predecessor and it’s due to the fact that this film knows exactly what it is at all times. Welcome to the Jungle made $962 million dollars for Sony in 2017. With that kind of success, it would have been real easy for Sony and director Jake Kasdan to just go back to the same well and “do it all over again” in a cheap attempt at a money grab. Instead, Kasdan leaned into the ridiculousness of Jumanji, gave the actors new dynamics to play with and in the end made a film that’s just as much (if not more) fun than the original.

Just like the 2017 film, what works for the Jumanji The Next Level are the actors who play the “Avatars”:
The wrinkle in the film this time is that the avatars are now swapped. So instead of Hart’s Finbar begin the avatar for Fridge, he’s the avatar for Milo (played by Danny Glover). Jack Black is now Fridge’s avatar. And Dwayne Johnson gets to do a really terrible (but hilarious) accent to be the avatar for Danny DeVito’s Eddie. It had a whole new dynamic with Johnson and Hart once again playing off of each other and big completely ridiculous. There are some other really great switches and cameos but those would be spoilers (our spoiler review will be coming soon).
There's not really much else to say about this film. Audiences of the first will find this extremely enjoyable. With all the heaviness of some of the Oscar season movies and the upcoming fight over Star Wars, Jumanji: The Next Level provides a reprieve from both with some great comedy and a great time at the cinema.
MTR Premium members, keep an eye on this page as we will be adding the spoiler review for this film in a couple days. So stay tuned!