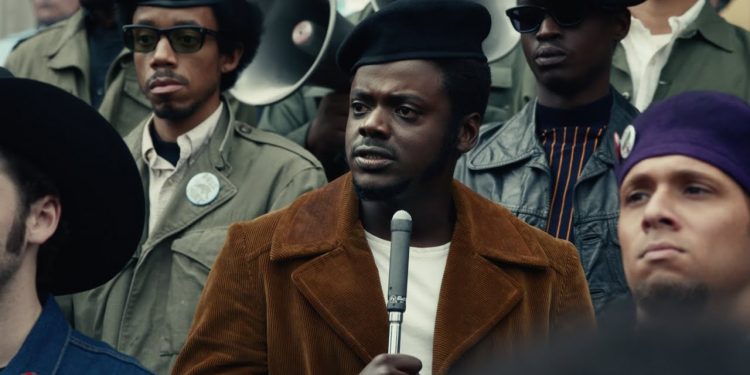 Judas and the Black Messiah will (or at least should) make you angry. Not because of the quality of the film or the acting in it. No, it's beautifully shot and the acting is top notch which should catapult this to the top of the runnings for the Oscars. No, it will make you angry because it does a fantastic job of exposing just how diabolical the FBI was in trying to stop and murder any rising Black revolutionary. For those that might think that this film's depiction of the the FBI and agent Roy Mitchell (Played by Jesse Plemons) are an exaggeration, I implore you to go watch the documentary MLK/FBI that exposes how FBI Director J Edgar Hoover was fixated on discrediting (and yes even killing) any Black revolutionary seeking to empower the people. Black people's distrust of Federal agencies isn't born out of conspiracy theories but rather the actual terrible history of these agencies and the roles they've played in oppression.

Judas and the Black Messiah does what a lot of films like it (think 2017's 'Detroit') try to do but either couldn't or were unwilling to do. It paints the picture of a Black revolutionary (Fred Hampton) from the point of view of the man who betrayed him (William O'Neil), while not trying to place O'Neil in a more favorable light. We've seen that before where there's an attempt to humanize and soften the history a bad person to try to explain and rewrite their history. Judas and the Black Messiah doesn't do that at all. I think it is important to note that this isn't a Fred Hampton film or biography. This film is about the betrayal of not just Fred Hampton but of the people (hence the title of the film). The whole theme of this film is that white supremacy is frightened by the idea of a "Black Messiah" which is who they deem any Black person trying to rally the community to fight for their freedoms and rights. There's a scene early in the movie where Agent Mitchell is trying to convince O'Neal to be an informant and Mitchell compares the Fred Hampton, the Black Panthers and other Black revolutionaries to the KKK. It's diabolical and ahistorical but also mimics the language you hear today from those that want to downplay white supremacist groups while painting Black Lives Matters activists as terrorists.

The entire cast of this film is fantastic. Daniel Kaluuya should be a shoe-in for at least a nomination for Best Supporting Actor. LaKeith Stanfield and Jesse Plemons play their roles of despicable characters so while you might actually start hating the actors themselves because they're almost too convincing. I'm elated that Dominique Fishback got this opportunity to play Deborah Johnson.  She was great in Project Power even if that movie wasn't good and she should have been the lead in The Hate You Give. She's been great in her roles in not great films for a while so it's great to see her finally land something that matches her performance.

It's ironic that Judas and the Black Messiah got delayed for release until Black History month. Even more ironic because this lines it up with the annual tone deaf tweets and wishes of a "Happy Black History Month" from the FBI and other law enforcement agencies that have decades of Black blood on their hands. At some point this country will have a reckoning with that disconnect and have a real conversation. Unfortunately until then, films like this are all we have to drive home the point.

Due to COVID the Oscars have been delayed until April which makes Judas and the Black Messiah eligible for this year's awards (technically the 2020 awards). Not only do I think it's going to change the conversation but it also highlights how many great Black Films came out during the last year. This is definitely one you don't want to miss.