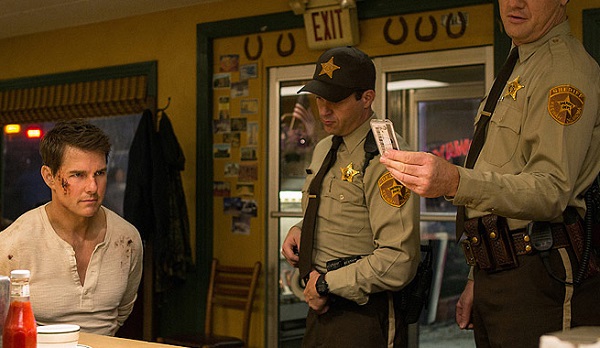 The first trailer for the next Jack Reacher film is out. It's based on the 18th book in the series (also titled Jack Reacher: Never Go Back).

I don't have any strong feelings one way or the other for this film. The first film was just okay to me. I was expecting it to be more entertaining in the Impossible White Man category but it was just kind of flat to me. Saw it once and never saw it again. Not really sure how to feel about this next one. I'm always in for a Tom Cruise film, particularly if we get a good "Tom Cruise Run" in. Plus they added Cobie Smulders so that should be fun. But I'm still lukewarm on this. So we shall see.