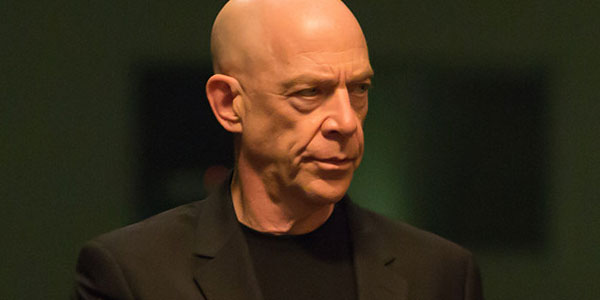 The Hollywood Reporter is reporting that J.K. Simmons has been cast as Commissioner Gordon for DC's Justice League Movie:

Oscar winner J.K. Simmons has been cast as the Gotham City police commissioner.

Chris Terrio wrote the screenplay for Justice League, which will be released in two parts by Warner Bros. It is produced by Charles Roven, Zack Snyder and Deborah Snyder.

Simmons isn't a newcomer to comic book movies. He played J. Jonah Jameson in Sam Rami's Spider-Man films as well as voiced the character in several animated features. Commissioner Gordon is a complete 180 from that role but Simmons is definitely someone I can see pulling it off. Remember he played Dr. Emil Skoda on Law & Order and Will Pope, an assistant Police Chief on The Closer. He also won Best Supporting Actor last year for his role in Whiplash. I think this is a pretty solid choice. I do find it interesting that we'll see him first in Justice League and not in Batman v Superman later this month or even the Suicide Squad movie coming this August.

The first part of Justice League will begin shooting next month and will hit theaters November 17th, 2017 and Part 2 will be released June 14th 2019.