Kriss9
This is the best horror film in a long time. It's got legit scares in it and also some really funny moments
9

IT succeeds where so many other horror films fail because it realizes that the basis for a successful horror film is, and this is going to sound radical, fear. At the end of the day, that is what audiences want from horror films. Can a horror film tap into that fear and give audiences the experience they want. But it’s a lot harder than it sounds. Fear in a horror film is more than just scares. Obviously a good horror film needs to be scary but it also needs a great story and relatable, likeable characters. What’s typically happened the last few years is that a horror film will give you two out of the three elements at best. You get some great scares and likeable characters but the story leaves a lot to be desired. Or you get a great story and likeable characters but there’s nothing at all frightening about the film. IT was uniquely positioned because it has all three elements baked into its story. Pennywise the Clown has terrorized the dreams of plenty of people. Stephen King is known for his storytelling and characters. So all the elements were there for this to be a great film, it just had to be put together. And it works.

I should have known that IT was in the right hands when Andy Muschietti was tapped to direct. Is filmography isn’t long but he did the 2013 film Mama based off a short he directed by the same name in 2008. Mama is an underrated horror film gem that slipped through the cracks in 2013. That film also involves children and Muschietti just seems to know how to direct and shoot children in a horror film. Muschietti (as well as the screenwriters) also capture the feel of 80’s Derry, Maine. There are jokes and references from the 80’s that really help set the scene and tone for the film. 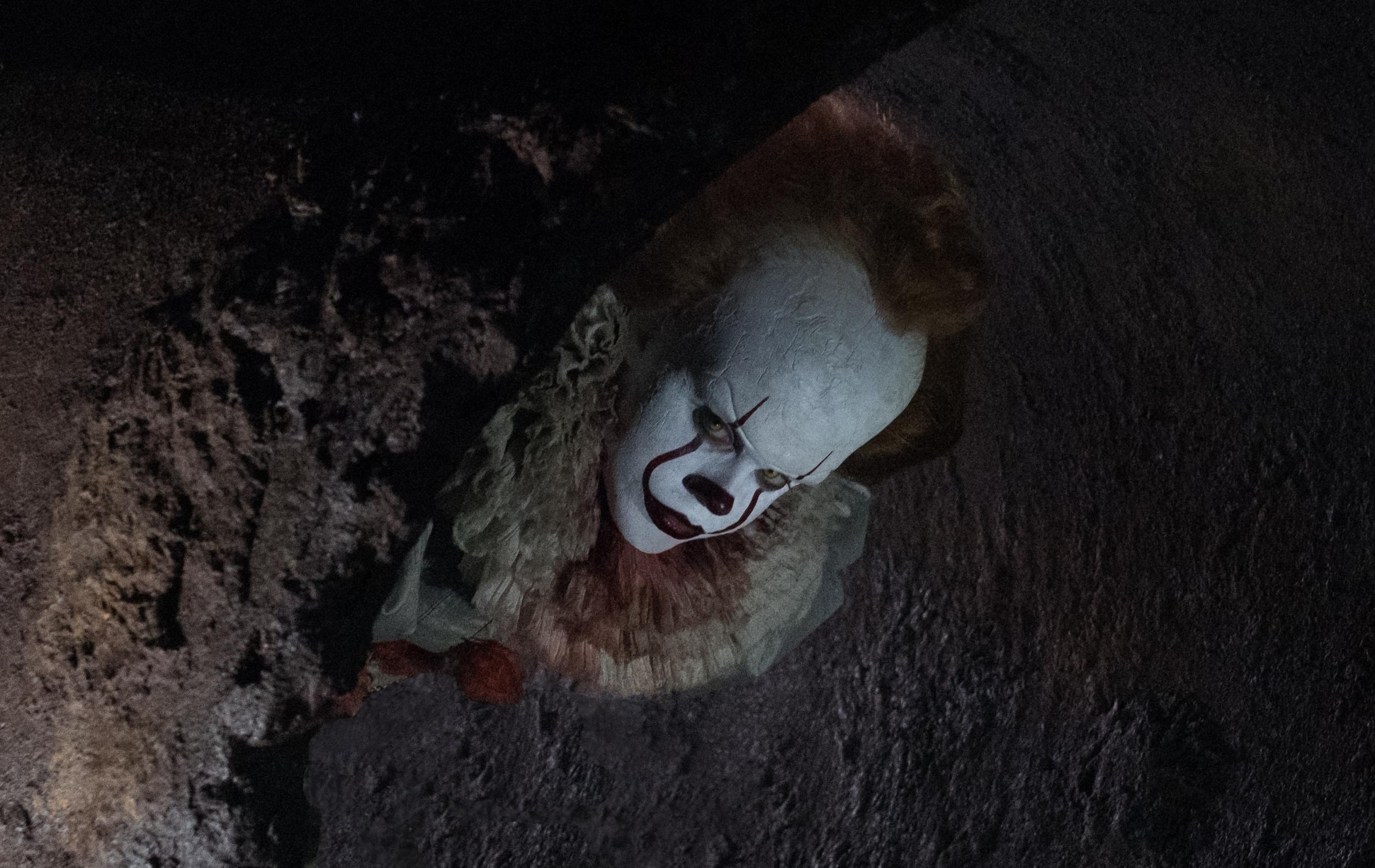 Bill Skarsgård had huge shoes to fill (no pun intended) when cast as Pennywise and he nails the roll. If you suffer from coulrophobia (fear of clowns), the original IT film will probably keep you out of the theater from seeing this one. If you don’t necessarily have a fear of clowns but find them creepy, watching this film might make you coulrophobic. The tone is set early with Pennywise’s attack on Georgie. Anyone aware of the story of this movie knows what’s going to happen but when you see it, it sets the tone for just how frightening this Pennywise will be. It’s a truly horrific scene that clearly let’s you know that this film is going to go place the original couldn’t. That scene is enough to make anyone who is truly frightened of clowns get up out of their seat and leave the theater never to return. And that’s just the beginning of the movie. The scares get darker, creepier and more twisted as the film goes on. Nothing feels cheap. The way the camera tracks certain scenes will make you feel as if you’re in the middle of the scene even more than any 3D movie.

The key element to this film’s success are the children. What makes Goonies and Stranger Things films/shows that people can gravitate to is that they put everything in the perspective of the children. It helps the audience suspend belief by transporting them back to their own childhood. It's still not a sure thing. While I too like the Babadook as a film, the kid in the film is so annoying you'll find yourself wishing Pennywise paid him a visit. But that's not a problem in IT. "The Losers" are all likable and enjoyable and you're legitimately rooting for them to win.

The inherent issue with horror films is that no matter what, they only work if there’s a level of stupidity among the characters. If characters always acted in rational, smart ways, horror films would be over before they started. The first time a book flew off a shelf by itself in my house, I’d be calling movers not a medium. This has always been the challenge and horror films have had to find new ways of dealing with it. 2012’s Cabin in the Woods even went as far as taking the issue and making it a plot point. In IT the problem is solved because children don’t always make the best decisions. But because they’re children and we can all think back to our own childhoods, we can relate to their decisions. Particularly Jaeden Lieberher’s Bill. There’s a particularly heartbreaking scene where Bill is scolded by his father for still believing Georgie is alive. It’s tough to watch but also sets up for why Bill tends to throw caution to the wind: he’s still grieving.

One of the most surprising things about this film is how funny it is. Make no mistake, this isn’t a comedy horror film or even campy. The humor is organically placed. Remove Pennywise and this is really a film about a bunch of misfits who hang out together one summer. Naturally that will lead to some funny moments. Finn Wolfhard and Jack Grazer really stand out here. Wolfhard falls naturally into the role of Richie and his experience from Stranger Things really shines through. He has inappropriate jokes and ribbings that are hilarious in both how inappropriate they are in substance and in timing. And Grazer plays the hypochondriac Eddie perfectly. There are plenty of inappropriate “your momma/sister” jokes and a sequence about AIDs that is hilariously problematic (remember, this is set in the 80’s). There’s also a short gag involving a New Kids on the Block reference that is very well placed.  It’s all very well placed and really helps bring the characters together and makes you care about them.

IT lives up to the anticipation and hype. This is the best horror film in years, one of the best films of 2017 and should set a new standard in the genre.