It’s not a controversial statement to say that season 1 of Iron Fist was a bit of a dud. From the controversy of not casting an Asian-American as Danny Rand (The recent success of Crazy Rich Asians just adds more evidence of this fumble) to Scott Buck overseeing a rushed and horribly edited season, season 1 of Iron Fist felt more like required homework and less entertaining piece of the Marvel Netflix puzzle. Thankfully, after watching the first 6 episodes, season 2 is vastly improved.

First, Scott Buck is out as showrunner and replaced with Raven Metzner. Buck still gets creator create but after seeing what he did with season 1 of Iron Fist and the disastrous Inhumans show, it doesn’t seem like he’s very much involved with season 2. Gone are things like shooting 35 seconds worth of fights with 56 cuts. Honestly, all of the fight scenes are vastly improved in terms of consistency and quality.

Fin Jones has vastly improved since season 1. I stand by my belief that the biggest problem in terms of quality for season 1 was that the show felt rushed. I never got the sense that Jones got a chance to really properly train and prepare for the role. His subsequent appearances in Defenders, Luke Cage and now season 2 of Iron Fist really solidify that belief. Not only is Jones better in action season but also as the character of Danny Rand. A lot of season 1 was spent with Danny being annoying, arrogant and incapable of backing it up. In season 2, he’s still arrogant and still rushes in first without thinking but the annoyance in his lack of skill is gone. He’s actually…dare I say it…likable.

One thing that season 2 does really well is give the audience more of what did work in season 1. Yes, season 1 was a disaster but that doesn’t mean it was all bad. Pacing-wise, season 1 was probably the best paced Marvel Netflix show. Season 2 continues that and also cuts the episodes down to 10 from 13, a request that has been directed at all of the Marvel shows. Whether 10 episodes is the sweet spot or not remains to be seen (Netflix only released the first 6 episodes for review), but from what I've seen so far, the story is moving at a pretty good pace with no slowdowns. 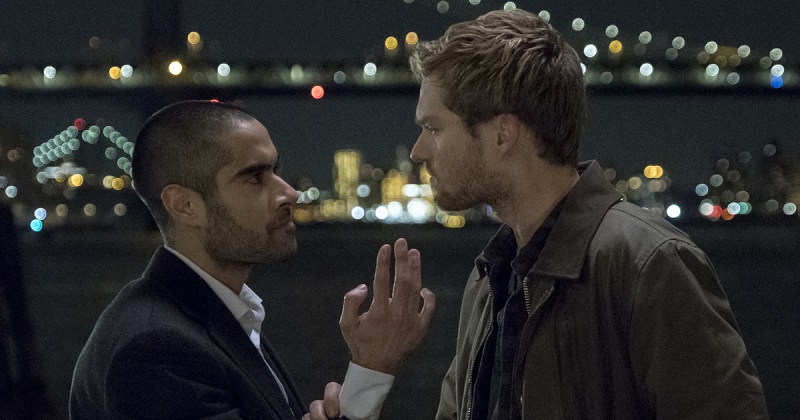 This season also brings into focus a lot of the great secondary characters that we wanted more of. Sascha Dhawan’s Davos gets more focus this season as the main villain and he’s excellent. The Meachum family drama between Jessica Stroup’s Joy and Tom Pelphrey’s Ward continues and the struggle between siblings is very engaging to watch. There has been some reaction to Simone Missick’s Misty Knight not having a relationship with Danny at this point but that doesn’t mean she’s ignored. In the first 6 episodes, more attention is put on pairing Jessica Henwick and Missick for a continuation of the Daughters of the Dragon nod we got in Luke Cage and I think it’s better than trying to shoehorn in a relationship with her and Danny. It allows both Misty and Colleen to find their own way without having to be tied to a male character. Henwick and Missick work well together and if there’s a spinoff at some point, I will be watching.

Alice Eve joins this season as Mary Walker. Without going into spoilers, I’ll just say Eve does a great job being creepy.

Overall I’ve enjoyed the first 6 episodes of Iron Fist season 2. For those that are still not interested because Fin Jones was cast instead of an Asian-American actor, I respect that. Marvel and Netflix dropped the ball with that. But what’s done is done and Fin Jones has definitely grown into the role. This season feels more in line with the typical quality of the rest of the Marvel Netflix series and not the travesty that was season 1.

Season 2 of Iron Fist releases on Netflix on September 7th.