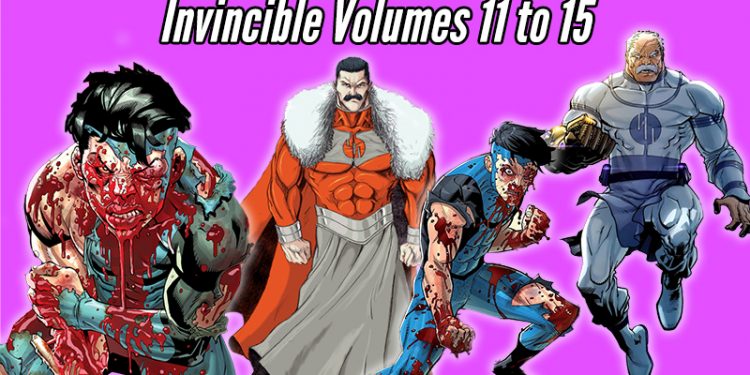 One of the biggest differences between the Invincible comic series and the Amazon Prime Video adaptation is the pace. The comic really doesn't give you a chance to catch your breath. And just to be clear, that works for the comic media. In these three volumes we get so much. From the "Invincible War" to Conquest to the Viltrumite War (and a bunch of stuff in between), these 5 volumes are jammed with problems for Mark. We get to see Mark struggling with not just being a hero but how. Mark has to ask himself what kind of hero he wants to be and deal with those consequences. Should he kill the truly horrible and evil people that he's come across that have caused so much death, pain and destruction? Or is that the easy way out and there's better ways? We end volume 15 with Mark thinking there's a better way but honestly, it seems like it's just going to lead to more problems.

Overall this has been a really great series to read while watching the TV series. It feels like each offer a really great experience that doesn't taint the other.