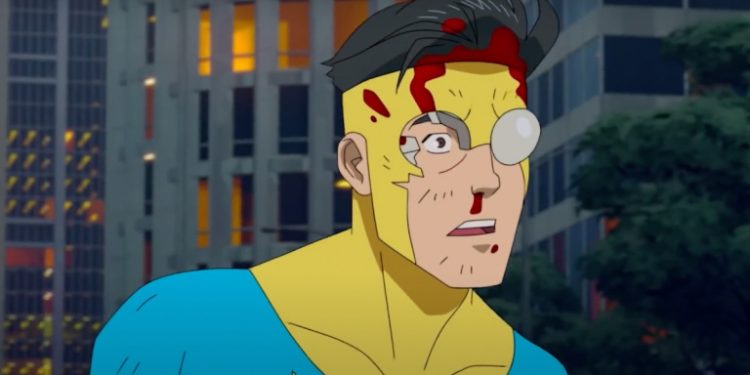 Amazon is back with another superhero series and....yes it's amazing. First off, Robert Kirkman's Invincible comic is a great series on its own that you should be reading. We're actually doing a Comic Book Book Club on the series and you can listen to us talk about the comic series. If you're worried that listening to us talk about the comic series will spoil watching the animated show, don't. Invincible on Amazon Video is the perfect example of what an adaptation should be. The core of the characters in the comics are completely in tact. But there are changes to the story that have helped give these characters more room. This shouldn't be a surprise because this is the same thing that Amazon has done with their other adult comic series, The Boys.

One thing that really helps this series in addition to the changes, the way the story is unfolding. The first episode will have you thinking this is just a regular coming-of-age, comic series and even has a fakeout title credit at the end. But if you keep watching, let's just say "shit escalates" to a whole other level. It lets you know right away that this isn't what you thought it was and you should be prepared.

We'll be covering these three episodes at a time on premium, so make sure you sign up to listen to us.