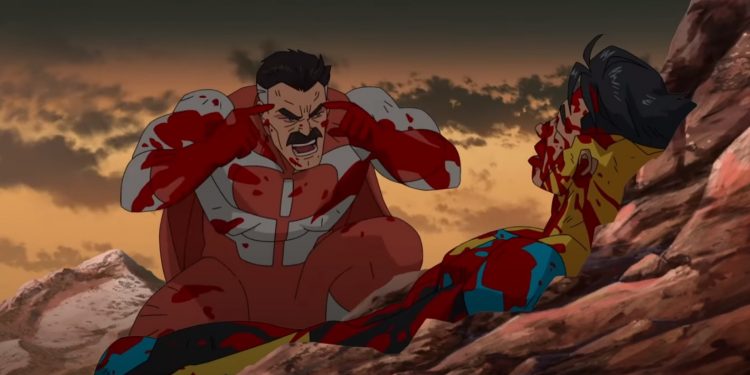 Well...if you thought Invincible was going to be about a father and son bonding over their super powers well....

Seriously, even with reading the series, there's no way to really be prepared for seeing the animated version of Omni-Man beating the hell out of his son Mark. And that's really been the story of the series. It's been the perfect adaptation in that it's great for those that never read the comics while still being fresh and surprising for those that have. The show also doesn't just lean on the extremely violent scenes. This first season also did a great job of giving depth to the entire supporting cast. William is 1000 times better on the show than he is in the comics. Debbie has been given more depth and agency since the beginning of the show. In fact the fleshed out Debbie and making her Mark's anchor to humanity plays big in the finale. And there's plenty other examples of characters getting more depth and purpose early on into this story.

And you know what's really exciting (and potentially terrifying)? What's upcoming in the the next couple of seasons has the potential to top even this. We saw the images of Conquest. This is going to get terrifyingly good and bloody. We can't wait. Amazon also can't wait be cause they've already greenlit multiple seasons and so all we can do is strap in for the ride.