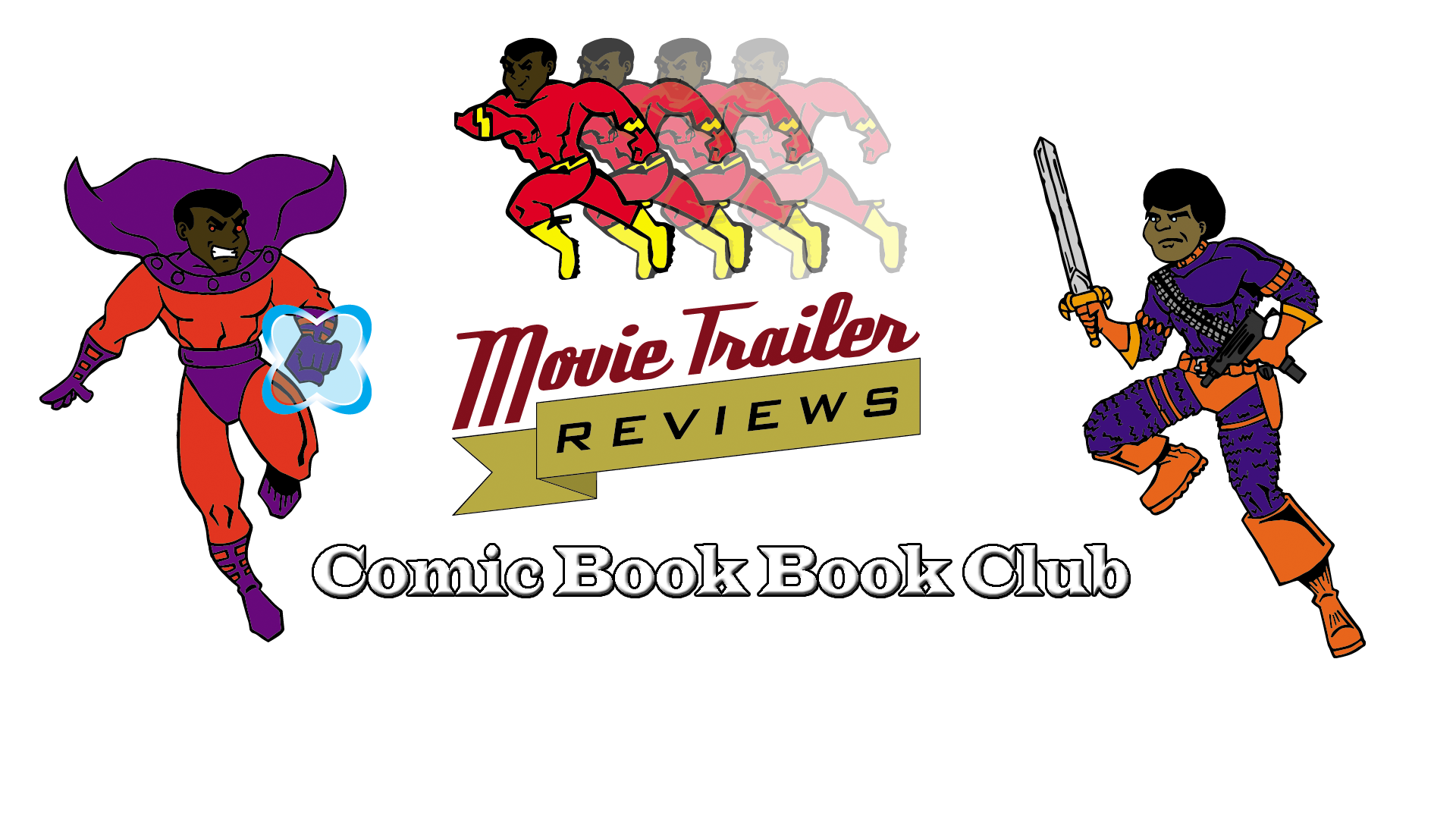 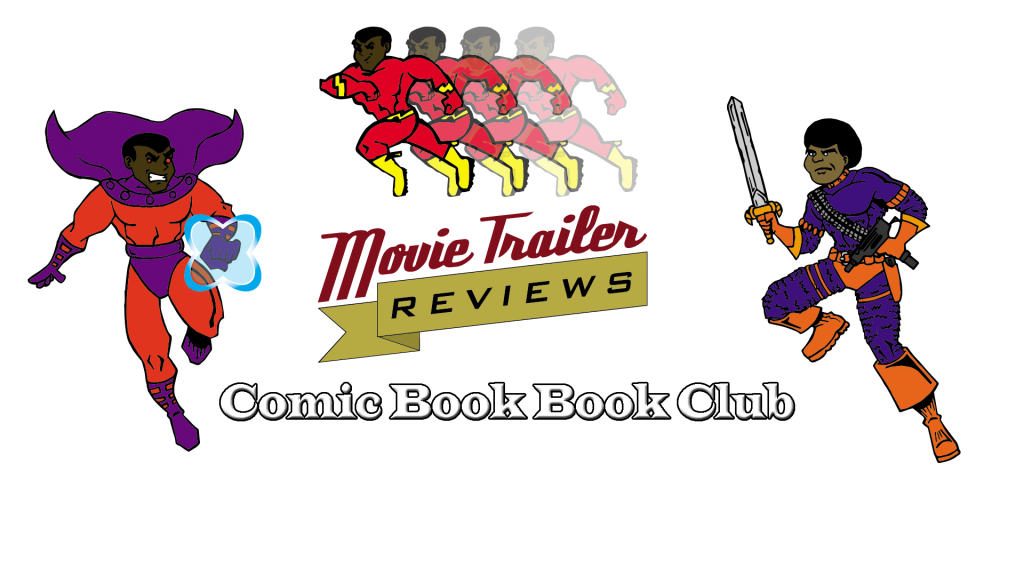 I announced this on the Insanity Check and I wanted to get a few details together before making it official. Well I’ve put some thought into how I wanted it to work and I think I have a pretty good idea how this will work. I know there will be some tweaking as we go along but we’ll adjust as we go along.

So what is the Comic Book Book Club. It’s going to be a weekly 4-6 person round table discussion discussing a 4-6 issue run of a predetermined Comic Book. Each week we’ll cover a different book. I’m looking to do the panel discussions on either Saturday or Sunday.

How Will it Work?

So first I’ll select 3-4 books. Each week of the month we’ll discuss 4 to 6 issues of one of the books selected. Halfway through the current month I will select another 3-4 books for the next month. The plan is to rotate books each month. 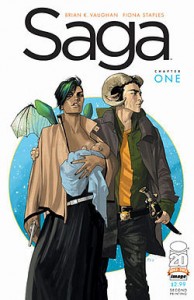 Comic Books are like TV shows. It’s really hard to get a feel for how it’s going after just 1 or 2 issues. Plus a lot of comic book storylines run about 4 – 6 issues and I think it would give us a good feel for how a book is going. For storylines that are longer than 6 issues, I’m still going to break them up into 6 issue chunks. For instance, Joss Whedon’s Astonishing X-Men run is 24 issues long but I’m still going to break it up into 6 issues chunks so we can have a more focused discussion. Now if a comic book is broken up in chunks, I’m not going to do the entire run back-to-back. Using Astonishing X-Men as an example again, even though we’re doing issues 1- 6 in October, we won’t do issues 6-12 in November. I’m going to try to space it out so we can cover more books. Also, if the panel decides after 6 issues that we’re collectively not liking the book then we’ll choose to stop reading it and replace it with something else. 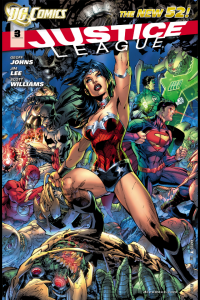 Who Will Be on the Panels?

Short answer: Anyone who wants to be. Long Answer: I want to have a good mix on the panel. I don’t want to stack it with comic book veterans because I’m doing this club partly to expose more people to reading comic books. I also want to challenge myself and others who have read comic books. So for instance, I grew up reading mostly Marvel Comic Books. But there are so many other publishers and comics out there and I want to expose myself to them and I want to challenge my fellow club members to do the same. So my hope is to get a wide range of people interesting in reading these comics even if they’ve never read a comic book before.  Also the plan is to do these panels on Spreecast so even you aren't on the panel, you can still join us for the discussion in the Spreecast Chatroom.

So if you’re interested, send me an email at CBBC@MovieTrailerReviews.Net. (If you have problems with that email, try sending to our gmail account: TheMovieTrailerReview@Gmail.com). If I get enough interest I’ll be able to rotate people in and out. Let me know if there is a particular selected book you want to be on for and I will see what I can do.

When does it Start? 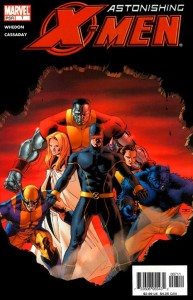 I’m going to start in October. There will only be three books in October since I will be out one week for New York Comic Con The books will be:

I picked these books for a few reasons. Astonishing X-Men is in the Marvel Unlimited vault. If you pay for Marvel Unlimited you can get access to quite a few Marvel Back Issues and I think it’s a great way to get into reading comics. I picked Saga because it isn’t a Marvel or DC comic. I’ve heard lots of great things about this book and I want to make sure to expand our exposure to comic books outside of the known Marvel & DC world. I would like to make sure 1 or 2 books in the month are non-Marvel or DC books. And finally, I picked the new 52 Justice League comics because these are the comics that WB & DC are basing their movies off of and I think it would be good to get people some exposure to what’s actually “in the source material”.

I'm excited to see where this goes.  I know there will be some bumps along the way.  We might have to change or adjust the format.  But I think this is a good start.  If you have any questions or suggestions for books please shoot an email to CBBC@MovieTrailerReviews.Net (If you have problems with that email, try sending to our gmail account: TheMovieTrailerReview@Gmail.com).  Eventually I would love this to be part of a premium package of shows that I'm working on putting together.  Since this show was the easiest idea to flesh out, I'm testing the waters with it first as a free show. So far the interest in it has been pretty good but I want to see what that translates into with actual listeners.   I'm very serious about one day doing this full time but I also want to make sure I'm providing a great value and great programming.  Over the next few months I'll be floating out more ideas.  So stay tuned.