Into the Hickmanverse Part 8: Time Runs Out 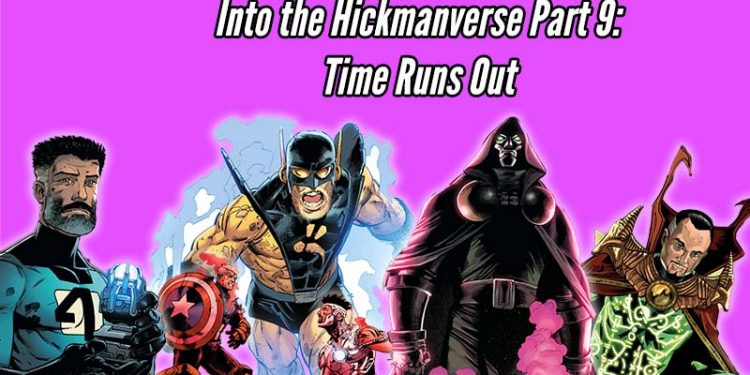 With the mention of the word "Incursions" in Doctor Strange In the Multiverse of Madness its timely for us to reach the "Time Runs Out" portion of our Into the Hickmanverse series. This is the lead up to Secret Wars and its basically Hickman destroying the Marvel Universe. All of it. Time Runs Out is actually jarring at first because there is an 8 month story gap. The Avengers have split. The Illuminati is on the run with new members. The Captain Britain Corp has been wiped out. The Cabal is given free rein to destroy other worlds. So much has happened and Hickman takes his time explaining it all.

We also get the reveal of who "Rabum Alal" is and it's...Doctor Doom. Hickman does what he always does and calls his shot and takes us back to the beginning. And not just this series but all of his series. At one point the Illuminati takes refuge in the Immortal City that we saw Nathaniel Richards and Howard Stark as members of S.H.I.E.L.D. There's also some connections to Secret Warriors. And you really start to wonder if "All Hope Lies in Doom" from the Fantastic Four series with Val & Franklin from the future was also talking about the work that Doom is doing in this series that leads to him confronting the Beyonders.

And then there are the hints at future Hickman stories. Like when Scott talks about the name of the game being "resurrection". Knowing what we know now about Hickman's time on X-Men and it seems like he called his shot here as well. 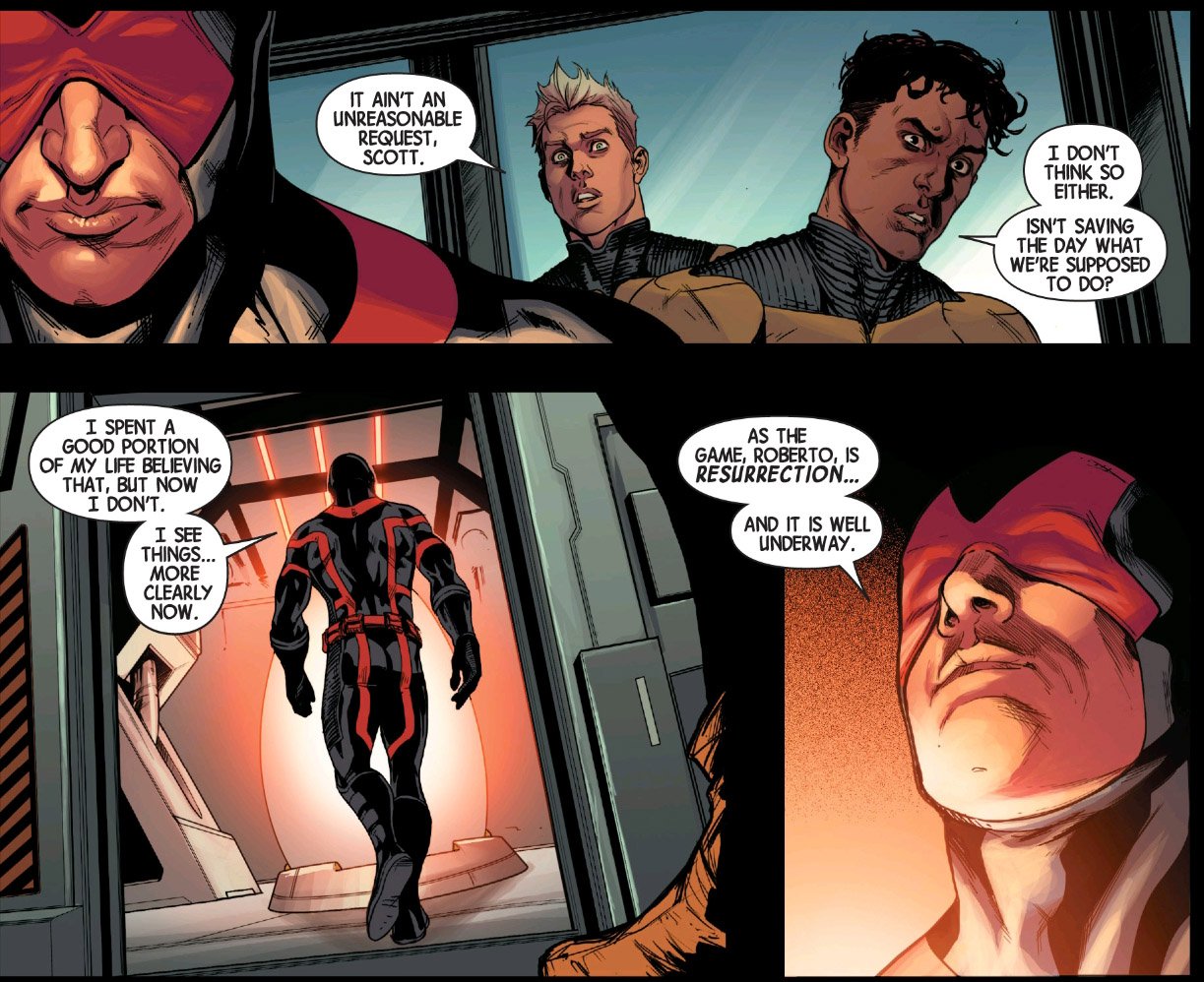 Every time we read this series we pick up something new. By the end of Time Runs out there's only two universes left: 616 and 1610. And that's where we will pick this all back up with Secret Wars in the next episode.