Into the Hickmanverse Part 1 – Secret Warriors: Wheels within Wheels 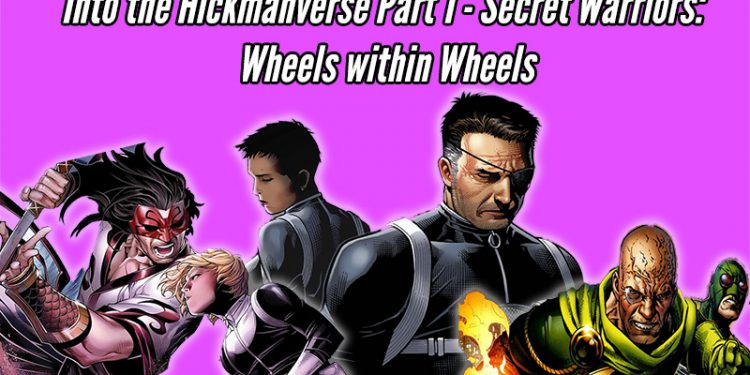 So it's time to dive into something really good. We're starting our "Into the Hickmanverse" series where we cover the major Marvel runs of Jonathan Hickman. Now if you've been a long time listener, then you'll know that we've not only talked about the works of Hickman a lot but we've also covered a lot of them already. But you're still not going to want to miss this series. First, while we've covered a lot of these stories already, it's really been all over the place. Some have been Character Corners, some have been premium-only Comic Book Book Clubs and some of the more recent stuff (like the current X-Men run) we've been covering on the Pull-List. But this series is going to be us going (mostly) in chronological order, all in one place. Secondly, we've never done the full Hickman run back-to-back-to-back like we are here. And why does that matter? Well, it lets you see how masterfully Hickman connects all of the dots. It also makes it easier to go back once things start clicking and go "hey, wait a minute...didn't that get mentioned here?"

We're going to ease into it though with Secret Warriors. Something that could have just been a throwaway tie-in series to Dark Reign centered on Nick Fury. And then Hickman had to go an introduce DaVinci and the Great Wheel (and explain nothing) leaving you confused as to "what the hell was that?". Don't worry. It's by design and we'll dig more into it in Part 2 with the SHIELD series. But for now, just have fun reading about the spycraft of Nick Fury vs Baron von Strucker, the trashiest white trash name of all time, the God of Fear, Gorgon becoming a problem and so much more.