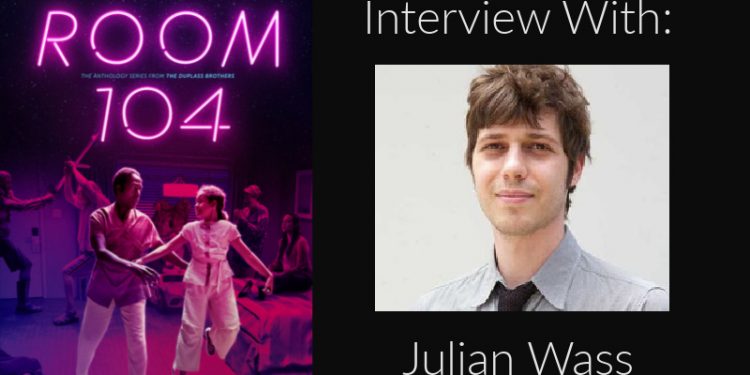 In 2017 anthology series Room 104 debuted on HBO. The show created by Mark Duplass and Jay Duplass ran for four seasons before ending in 2020. Set in an American roadside motel room, 104, each episode featured a bizarre scenario set in a different genre.

Regardless of the character focus or whether it was a horror, thriller, tragedy or comedy the music play a large part in the theme of not only the episode but the season as a whole. The show owes its sonic signature to music supervisor Julian Wass.  If you've seen 2018's The Miseducation of Cameron Post, then you've heard a Wass feature film score. By the second season of Room 104, Wass not only oversaw the music, he'd joined the writers' room.

If you're a fan of Brian Tyree Henry and Room 104 then you're no stranger to season 2 standout, Arnold (episode 6). What you may not realize is, Julian Wass not only co-wrote the episode; he made his TV directorial debut.  Arnold is also the show's first full musical episode.

While prepping, I realized that Wass is involved with co-writing more than one episode that's a personal favorite, like season 3's Rogue about a teenager and psychically gifted scavenger who cross paths in a dangerous post-apocalyptic future as well as series finale episode, Generations, starring Ntare Mwine.

As the show went into its final season - and its final full musical episode, Last Man (starring Kevin McKidd) directed by Wass, about time traveling warriors - in the "key" of Highlander - locked in battle, Julian Wass took the time to chat about his time with Room 104 and its sound.