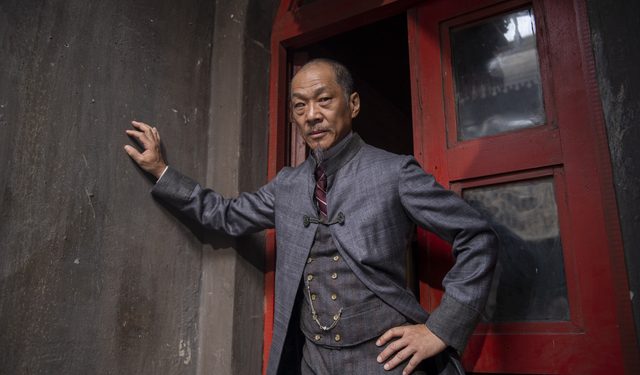 Warrior Season Two8.5
Warrior does more than pick up where Season One leaves off simultaneously expanding the world and deepening the character development. The intrigue is deeper, alliances more dangerous, and the fighting even bloodier. War is coming and you won't want to miss a single step to the showdown.
8.5

I had the opportunity to speak with actor Perry Yung - who plays Father Jun leader of the Hop Wei Tong in Cinemax Original Warrior. We discussed how he found his way starring on television after years away, what Warrior brings to television, how he works around trope to seize opportunities to subvert stereotypes, and his thoughts on representation in the age of 44.

Who is Perry Yung?

Yung was fan favorite Ping Wu on Steven Soderbergh's The Knick and has guest starred on shows like, Gotham and The Blacklist. You may also recognize him as the Doctor in John Wick: Chapter 2.

Based on the writings of Bruce Lee and brought to life by his daughter Shannon Lee, Warrior sits at the intersection of costume drama and spaghetti western. Only this fights involve bladed weapons and master martial artists.

Warrior takes place in the latter half of the 19th century during brutal gang wars in San Francisco's Chinatown. The show premiered on April 5, 2019 and follows martial arts prodigy Ah Sahm, a Chinese immigrant who arrives in the City of Lights under mysterious circumstances. Once he proves his prowess as a fighter, Sahm is sold as a fighter to one of Chinatown's most powerful organized crime families. He came searching for his sister and ends up embroiled in a bloody turf wars between the gangs and struggle to survive amidst the rising anti-Chinese racism and societal/political upheaval in the city.

Cinemax Original, Warrior, returns with a second ten episode season of its high action crime drama set in 19 century San Francisco during the Tong Wars. And Father Jun once again tries to ensure his tong survives regardless the obstacle.

If this show isn't on your Fall watchlist you're missing out because it's brutal, full of intrigue, and high drama.  The action is kinetic. The plot multilayered. And the show as beautiful as it is bloody.

Blood in, blood out. Season 2 of Warrior premieres Friday, October 2nd on Cinemax.

The series will also be available on demand and on MaxGo.com.