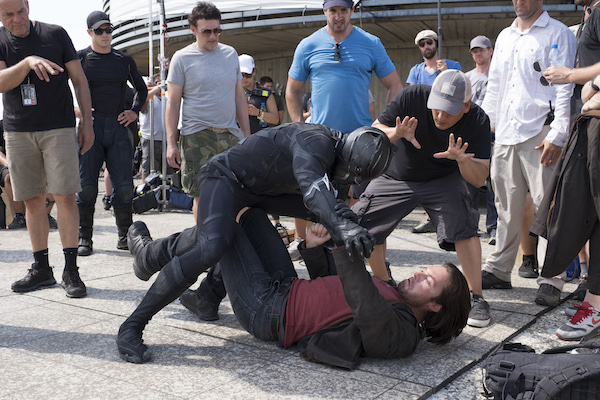 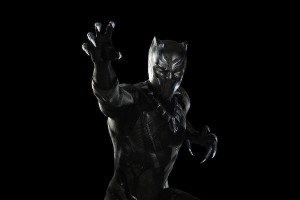 Joe and Anthony Russo answered some questions for Movie Trailer Reviews about their film Captain America: Civil War. One of the things asked was about one of the highly anticipated additions to the Marvel Cinematic Universe, Black Panther. In the film Black Panther (T'Challa) has a unique fighting style that is different from what we see with other characters. I asked the Russo brothers to talk about how they came up with this distinctive style and why it was so important for the character's identity.

Each character in this film seems to really have their own distinguished and distinctive fighting style: Tony and Rhodes with their suits, Falcon incorporating his upgraded wings and tech...what was the inspiration for Black Panther's style? His style seems so fluid and different from anything else we've seen in a comic book movie?

Joe Russo: The characters are defined through action in these stories. They're superheroes. So its important for us that if we're defining their identity through action, then they each need distinct action. 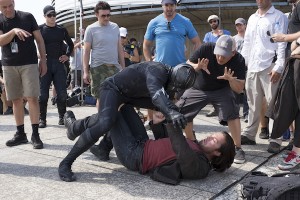 We have the most amazing stunt team. We really are sympatico with our stunt team. We like a really visceral aggressive style and they really put their bodies on the line to execute for us. So we did a lot of movement studies with stunt performers who had expertise in various disciplines. We studied each style like Judo, Capoeira, Kung fu and thought about what would have informed him [T’Challa]. How would he have been trained and what suits his style the best. From the way that his outfit is designed and his claws. How would he protect himself, how would he be an aggressor. So we ask a lot of questions about the character then we try to create a set of rules for how that character would behave. So his style in particular is a combination of several styles: Kung fu and Capoeira. He also has a certain running style that is modeled after a panther. Its a sleekness in the way that he moves that is very different from the way that Cap or Bucky runs. Bucky is like a blunt instrument. Panther is much more agile and aggressive in his moves.

It's a long process that takes several months. Chadwick was very involved in that process

Joe Russo: He [Boseman] has a Judo and Capoeira background. He contributed a lot conceptually to the movement style of that character.

Anthony Russo: It’s a very fine line with that character in terms of wanting to be evocative. You're drawing on this panther dimension and illusion and trying to do that without being too cat-like. Its always a balance we're trying to strike because if you go too far, you miss the sweet spot.We had to find it with our stunt team. Like ourselves, our stunt team are massive fans of the comics themselves and they know the history of these characters and they approach it with reverence and seriousness. The [character's] expression of action is as important as their voice as important as any dimension of their character. It has to be original in the spectrum of the characters in the movie or the whole movie collapses

I will have more from the interview soon as well as audio for Premium members.

Captain America: Civil War is in theaters now in the US.