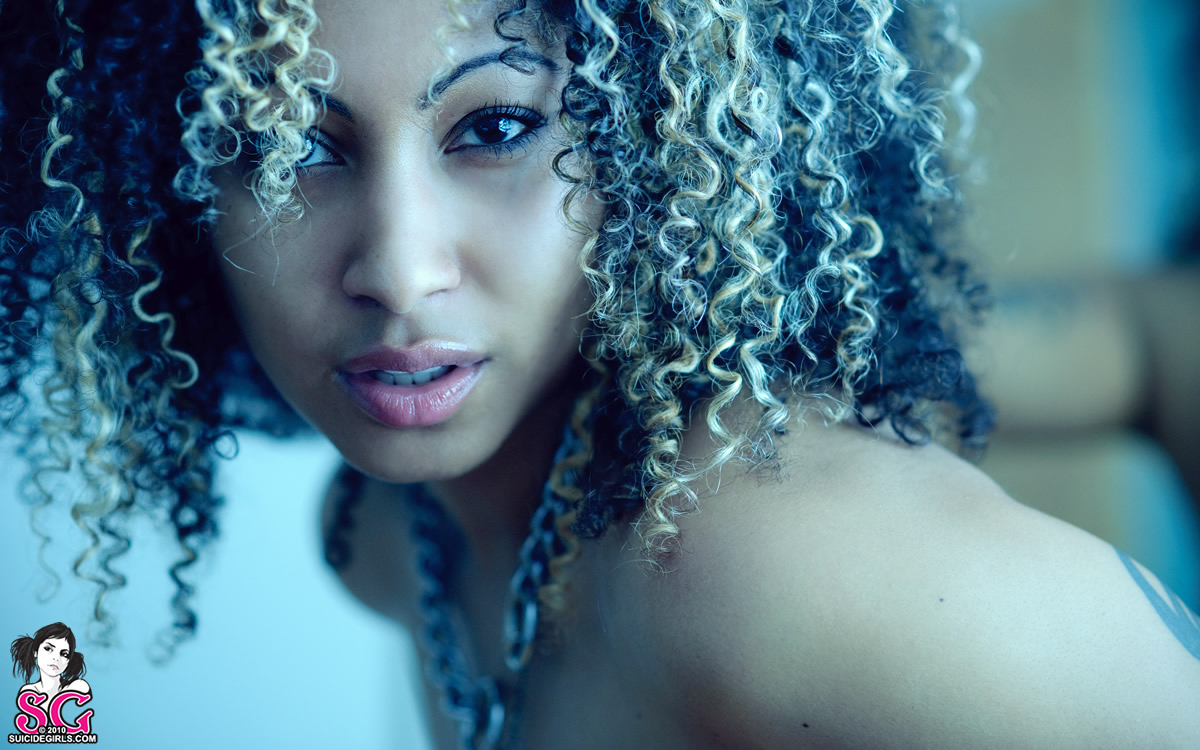 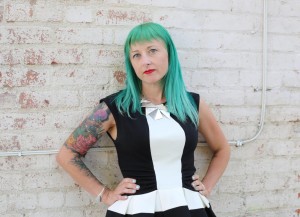 A couples weeks ago had the opportunity to have a  chat with the founder of The Suicide Girls, Missy Suicide (Selena Mooney).  For those that don’t know, the Suicide Girls were founded back in 2001 as a way to celebrate women who didn’t fit the traditional mold of what used to be considered a “hot model type”.  Since then the site has grown from what used to be considered taboo and a risky venture to a flourishing online community of women passionately and unapologetically being who they want to be.

Here are some stats from SuicideGirls.com about what they’ve accomplished:

As you can see, this site and community has grown over the last 13 years.  Currently they're on tour for their Blackheart Burlesque show that goes around US, Australia, Canada and other parts of the world.

I talked to Missy over the phone about founding the Suicide Girls years ago, the tour and more: 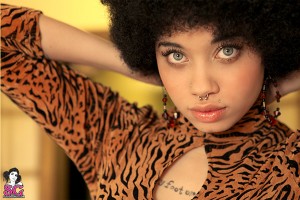 You founded The Suicide Girls 13 years ago, looking back did you expect it to gain the popularity it has?
13 years ago the landscape was entirely different.  Girls with piercings and tattoos were not found anywhere before the tattoo magazines and TV shows were prevalent. Dave Navarro didn’t have a show about tattoos artists.  No one really showed that and it was also before social media. There was no Myspace or Friendster or Facebook or Tumblr or Twitter or Instagram. It was a time when people were say “I don’t know if people are going to want to share their lives online with other strangers, where other strangers can see it.’  So it was a huge risk to put up and to create a community based around these girls with piercings and tattoos and declaring they were beautiful and as beautiful as the supermodels of the day.

Everyone thought i was crazy when I started it. They would say “You’re going to have people share what their thoughts and feelings are in their real lives.  Next to pictures of girls in tattoos and their boobs.  That’s not ever going to happen”.  13 years later people are finding it relevant. 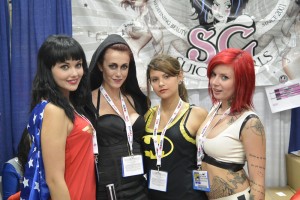 I just got back from New York Comic Con and I’m noticing how what used to be shunned as weird is now popular, is it still shocking to you?
It is shocking.  I think the reason the trend is happening is that back in the day we only had like 6 choices.  There were only like 6 television channels period. And the internet didn’t exist.  If you talked about the season finale of M.A.S.H. everyone knew where you were talking about cause everyone saw it.  Now we’re inundated with so much choice.  There are so many things.  So if people can identify with like “Oh you like superman?  I like superman too”  “Oh you like the suicide girls, I like the suicide girls too”.  Its like a cultural touch point that people can relate to

I went to San Diego Comic Con this year and missed you all.  Now I know you all have had a presence there before but was this your first time performing there?
Yes this was the first year.  The show was so much fun.  It was all of our true diehard fans. We tried a bunch of new numbers .  People just got all our reference.  I loved it

You tried out new stuff for your upcoming tour, The Blackhearts Burlesque Tour.   That’s US/Canada, any other places?
Right now we’re ending the year in US.  Beginning of the next year we’re doing London and then the Asian shows, back to Canada and in the spring…really all over.

Do you notice any difference between your US fans and International fans?  I always hear about how overseas can be a little more receptive compared to the conservative tastes here in the US sometimes? Do you notice that or is it all the same to you all?
It’s interesting but i feel like our fans are pretty avid and excited when they see us. When we were in Australia it was a very similar reaction as it was here. 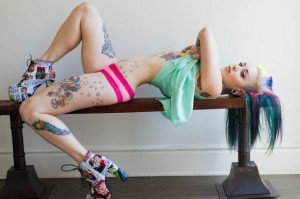 You have a 4th book out, Geekology
Its the 4th i our series of coffee table books and we  really wanted to highlight the girls with geekier pursuits and collect all the images that have been created over the years that had sort of a geekier feel to them.  And we put them together and had the girls write up little paragraphs about what made them a geek and we put it into this beautiful coffee table book.  It was  fun project.  It was so hard to narrow down the girls though

That’s one thing I notice when you do interviews, people always ask you who your favorite suicide girl(s) are and its hard for you .  It’s like choosing your favorite child isn’t it?

It’s so tough  you can’t just pick one girl.  They’re unique personalities.  There are 2700 girls from around the world and each girl is so unique and beautiful and passionate.  I love them all.  I can’t narrow it down.

Well that’s the thing, the Suicide Girls is more than just nudity and being a pinup model.  You have women that are doctors, lawyers, teachers, mothers there’s all these different things that make up being a suicide girl.  Its seems like a very inclusive community.

Yeah, its really showing the confidence that every woman is beautiful and that confidence is the most beautiful attribute a person can have. There’s girls with tattoos.  Girls with no tattoos.  People try to put them into the box but there are so many.  There are many different women and now two are alike on the site.

It’s not just men or women.  Your fanbase is very diverse.  51% women 49% men.
I get letters from women from around the world who tell me they never felt beautiful until they found the suicide girls and saw pictures of women like them.  And the confidence that they’ve been able to achieve since finding suicide girls is amazing.  There are tons of guys who are fans because they appreciate the beauty of the girls.  But its the fact that we attract even more women that catches people’s eye

So here’s a question asked at various comic cons:  Are you a cape or a no-cape superhero:
I am a no-cape because I think the Incredibles laid out a good case pretty strong against having a cape.

If you could be any superhero who would you be?
Existing one?

Existing one or create a new one:
I would be Storm.  She’s just so badass

So are you reading the new storm?
Wait she has her own book now?  I’ll have to go down and pick up some copies then.

Movie-wise, what type of super hero movies do you like?
The Avengers movies are very well done.  Iron man, Avengers are very well done.  I also still really love the Tim Burton Batman movies.  I know its a bit campy now but it was the transition between the super campy Adam West movies and The Dark Knight, dark joker with Heath Ledger .  It needed that.  You couldn’t go from one to the other.  You needed that Tim Burton Batman to bridge that gap.

I think anyone who grew up and watched that movie has to have a soft spot for it.  How can you not love Michael Keaton saying “I’m Batman”
And that Prince song!

I really had a great time talking to Missy about the Suicide Girls.  One thing that I don’t think comes through in the written words is how passionate she is about the Suicide Girls and the community she's created.  I think it’s always great to come across people who are passionate about what they do and have taken steps to achieve happiness doing what they love.  Even better is seeing what they've become when this started back when no one believed it would work.

The Blackhearts Burlesque Tour comes to Baltimore this weekend and I will be there covering it for Movie Trailer Reviews and I really look forward to seeing the performance.