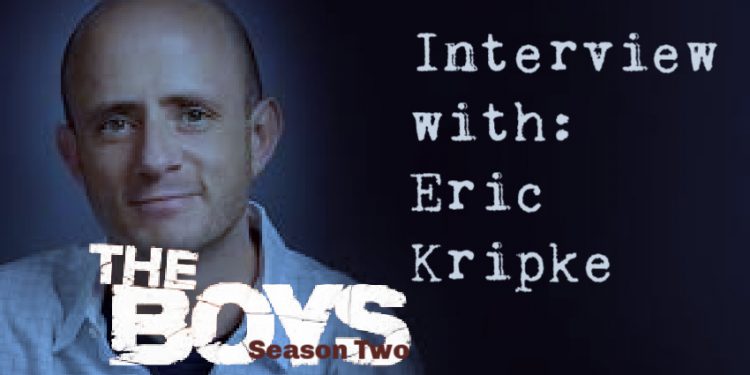 Ahead of The Boys season two September 4th premiere, The MTR Network participated in a press junket where showrunner Eric Kripke (Supernatural) took the time to field questions.

We found about what was on his mind when approaching season two's story-line, why the entire season won't be available on Prime all at once and a few other interesting tidbits.

Here are some highlights from the conversation:

Right out the gate, Kripke shared something he kept in mind the most stringent reality be if superheros existed, as the show's "north star" when balancing the darker plot points with the comedy to keep from leaning too far into the absurd or the dark saying:

"The real world is a complicated messy place and if you were to throw super-humans into it, there really would be that kind of violence because they're super strong and there really would be perverts because they really would have unlimited access and power. That's been the secret to [the show's] tone. IT takes these wild swings from social commentary to crazy dick jokes to really emotional character moments. I think that helps hold it all together"

On switching to WEEKLY episodes for Season Two

"It was not a corporate overlord decision. The decision to air weekly came from me [and the other producers].  Amazon was reluctant to do it because they'd never done it. We found in season one, there was such an overload of material, so quickly that a lot of scenes that we loved and thought should've been talked about on social media kind of weren't being talked about because everyone was only talking about the biggest craziest things. We wanted to slow it down just ever so slightly to let each episode land with the fans a little bit more. So they could take a little bit more time analyzing and obsessing and talking before moving on to the next one. Just because there's so much crazy in season two that we though that just a slightly slower LSD drip was the right move creatively.

It's part of our job trying have opinions on how you consume the media in the way that gives you the best enjoyment. So, we'll see how it goes."

On the season two's approach to the characters now that everyone's (allegedly) been introduced:

"I walked into season two fairly nervous because I was so happy with how season one turned out. And hitting that bar is stressful. I would have to say that season two was very stressful for me. The writers and I decided very early on the mistake a lot of second year shows make is they try to top the first season. So trying to go bigger and bigger every year is kind of unsustainable. So we wanted to try to go deeper. So we did a mental exercise, what's the worst position we could put every single character in...and we did it. We wanted corner all them because under that kind of pressure you start to reveal who they are and deeper facets of their character when they're in really tight spots." 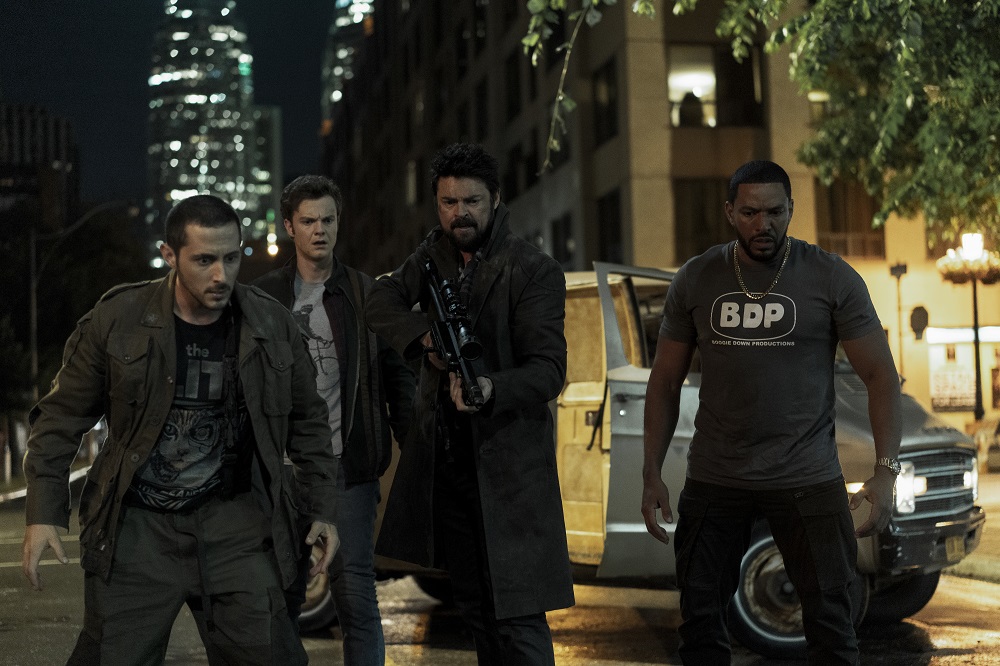 Should fans expect to see more familiar faces (from other Krepke shows) this season:

"Yeah for sure, there are Easter eggs. Part of it is just because me and Phil Sgriccia, the producer/director of the show, we’re both long timers not just on Supernatural but on Revolution. So, we are just inherently putting in little jokes to amuse ourselves. There are little references, like you said, Robert Singer. In episode 8 of Season 2, pay attention to the name of his assistant. We even found a little internet cartoon – I won’t say when it happens – but the Impala makes a short fast cameo, blink if you miss it, but it’s there.

To me it’s like, when I find actors I love who are both talented and, just as importantly, good people, I go back to them over and over again. So Giancarlo from Revolution, and I have a lot of my Timeless cast this year – Claudia Doumit, Malcolm Barrett, Goran Visnjic. I love bringing back actors who I love to work with, and it makes it a lot more fun. So yes, there will be familiar faces this year."

On blending in the pop culture and relevant issues, how did you make the decisions which social issues and balancing character development:

I’m a huge fan of the comics, Garth Ennis is the best writer in comics in my opinion. But there’s a lot in the comics, I think he would agree, that’s shocking to be shocking. At the time he wanted to sort of knock the superhero comic on its ass and that was his goal. I had a really clear notion that I did not want to do that. What I wanted to do was take some of those shocking things but modernize them and give them context in the world we’re living in now, because we live in this bizarre world where authoritarianism and celebrity are completely blended.

And it turns out that this show happens to hit the sweet spot of talking about the exact moment we’re living in. For instance in season one there was a moment of sexual assault in the comics that was shocking and probably played for shock value and we took it and we wanted to make it into a really thoughtful story about trauma and the #MeToo movement and how a character reacts throughout that.

So part of it is just about wanting to talk about the modern world that we live in and adjusting the comic to what’s happening right now. And then the other part of it is about the characters. Just because it’s streaming, the show is still serialized, and the comic is pretty episodic, so you sort of have to take a different format with it. We really start characters first. That’s always the rule whenever we break a story, we start with where are they emotionally and where do we want them to go and how do we learn something new? Only once we have that locked in do we even start to talk about, oh we can have some political satire here or a shocking, crazy bloody moment there. But it’s only ever layered on top of the character work, because we’re in television and television is the character business. TV shows work when you love characters and don’t work when you don’t. So that’s always the first part.

Working on Season Three during the pandemic:

"I've been in the virtual writers room almost since quarantine. We are half-way through the season of scripts and breaks. We should be probably all the way done with versions of the scripts [eight scripts] in three months or so. It's super weird to do a in a virtual room but we're managing. The big challenge will be when do we shoot it. We have a production start date of mid to late January but there's so many unknowns...and it doesn't seem like things are getting a ton better; so we'll have to see what January brings. We're well on our way. I could tell you a lot about season three... but I won't."

However.... on August 17th, Jensen Ackles let it be known on Instagram that he'd be joining the cast as Solider Boy.

I keep wondering what I'll do....when @cw_supernatural finally ends this year. Then it hit me. *volume ⬆️

Y'all already know the MTR critic crew will be reviewing and discussing The Boys. So keep an eye on that premium feed because we're definitely digging into this season in detail.